sorry KBS i was too late to know about QUIZ on KOREA, but last time i watched th...

sorry KBS i was too late to know about QUIZ on KOREA, but last time i watched the last year episode (2018, and planning to watch all previous episodes up to 2013) and it's amazing and intense hehe, every contestant in different countries are really good, not just speaking korean, but also to answer about the korean history and everything, i like this kind of games, because we can learn a lot about korean culture and history..

sorry i am just saying this, because i just remember the day that i joined also in KBS Golden Bell way back 2013, we are the king sejong institute students before, and for that we need to study a lot for the quiz but it's really really fun, but of course i wasn't good enough so i eliminated after a round hahaha, but the experience is unforgettable.. i missed those days.

keep safe everyone! hello to you KOKO
#QuizOnKorea#Experience#HappyMoments#KBS

Juneaty Rachmat 2016.03.08
<p>The National Theater of Korea has opened registration for the Traditional Performing Arts Academy for Foreigners, which will start in April. The academy opened in 2013 to provide foreigners in Korea with a chance to learn about Korean culture through an in-depth experience.<br />
Classes at the academy last for 12 weeks, with Korean dance and pansori classes returning and Janggu, a traditional Korean drum, being added from this year. Those interested in studying at the academy can find more information and register for classes through the official website of The National Theater of Korea.</p> 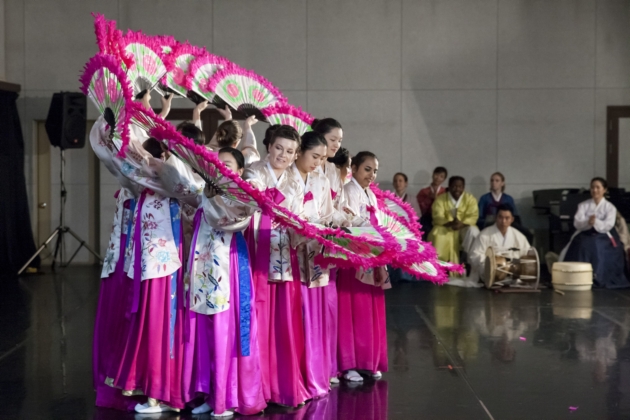