JOIN TO MY CLUB AT KOKO VILLAGE KBS WORLD 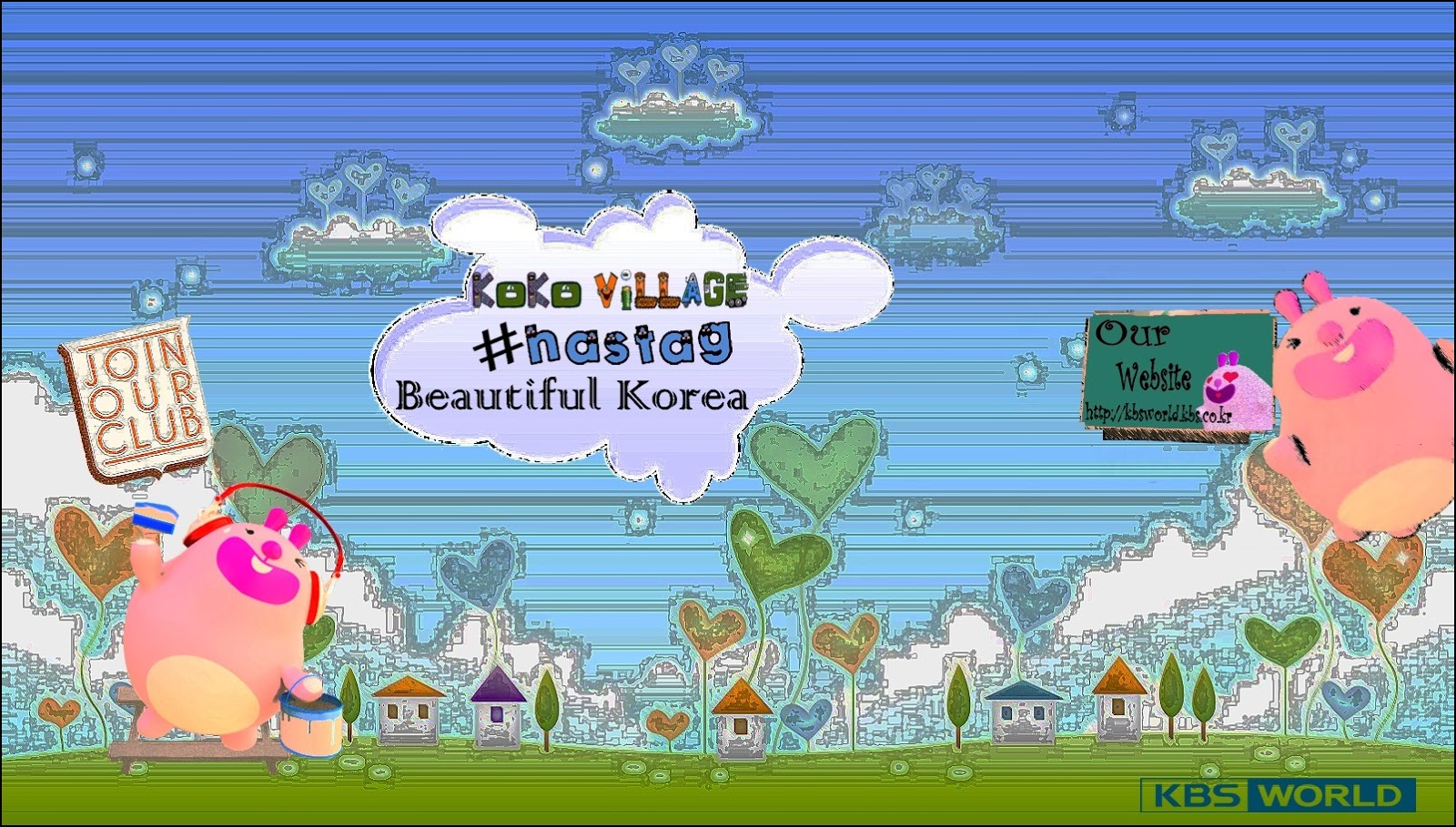 Ihwa Mural Village in central Jongno-gu, is a hilltop village with stunning view...

hasnaafaf 2017.09.04
Ihwa Mural Village in central Jongno-gu, is a hilltop village with stunning views of Seoul located beside Naksan Park, not far from the bustling Daehagno neighborhood. In 2006 the local Public Art Committee invited artists to paint murals or create sculptures in the village as a way to improve life here. As a result the village has become a charming, colorful part of the city with museums, restaurants and cafes catering to visitors. It would be great to go for a walk to Ihwa Mural Village as the weather has cooled down. Directions: Hyehwa Station, Line 4, Exit 2. Walk towards Naksan Park. #ISEOULU #SEOUL #MuralVillage #IhwaMuralVillage #Mural #SeoulTrip #KoreaTrip #Korea #Jongno #Daekhakno #Hyehwa 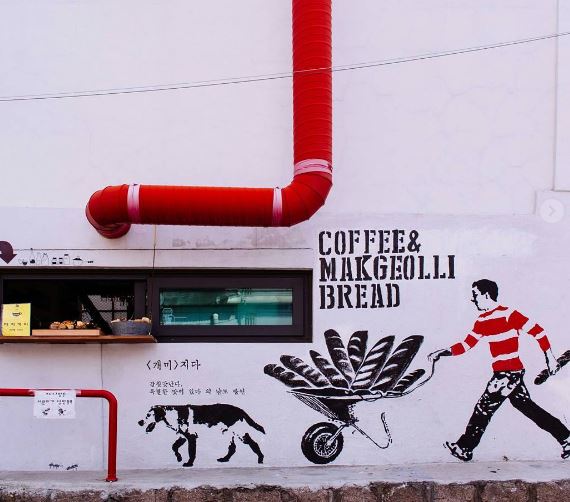 Hello KBS World ... congratulations on 14th Anniversary.... you are a great sour...

mahesh jain 2017.07.09
Hello KBS World ... congratulations on 14th Anniversary.... you are a great source of information and entertainment on Korea,,,, keep up the good work....
soon going to post my congratulatory work on this platform
#KBSWORLD#HappyBirthday#KOKO#LOVEKOREA 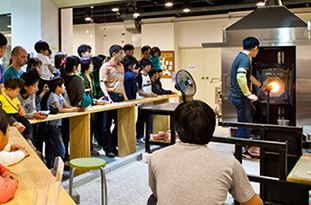 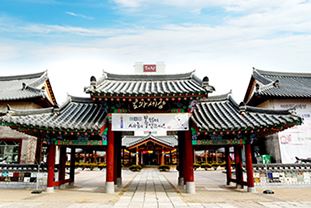 The International Horticulture Goyang Korea festival will take place at Ilsan Lake Park in Goyang from April to May, with nearly 300 related organizations, groups and companies from 25 countries in attendance, showing off their horticultural products and related items all made with flowers.

A unique and rare plants exhibition, an indoor garden decorated with flower art, outdoor theme parks, a flower art class, flower arrangement contests and other events and performances are all planned to bring more joy to the yearly flower festival.

In the evenings, a light garden, LED performances, pop music performances and other exciting events will entertain visitors.

There are many varieties of "Arirang," the national folk song that perfectly embodies the Neo-Confucian principles and faithfulness of the Korean people, each from different regions of the country. However, there are basically only three major versions of the song: the "Miryang Arirang," the "Jeongseon Arirang" and the "Jindo Arirang."

The Miryang Arirang Festival, hosted by Miryang-si City in Gyeongsangnam-do Province, celebrates its version of the song, an important intangible heritage item for the region, with a parade, contests, performances and many other festival activities. At the festival, visitors can hear both the similarities and differences between the three major versions of the great folk song "Arirang."

A Rose Extravaganza in Seoul!

Enjoy tens of thousands of blooms at the 2017 Seoul Rose Festival. The festival will take place at Jungnangcheon Stream's Rose Tunnel from May 19th through May 21st, 2017.

The festival will feature many different events for visitors to enjoy and the festival's three days each have a different, fun theme. Themes for the 2017 festival are Rose Day, Lovers' Day, and Wives' Day. The festival is even fun to visit at night, and thanks to special lighting installations, festival-goers will be able to enjoy the flowers in the evening as well. The unofficial dress code for the festival is hanbok. Hanbok is traditional Korean clothing and the hanbok is renowned for its beauty.

The festivities will also include a waterslide, horseback riding, a hot air balloon activity, and various food and market stalls. Visitors will be able to taste traditional Korean food and shop for interesting items. The Rose Market will sell rose-themed items and there will also be activities booths. 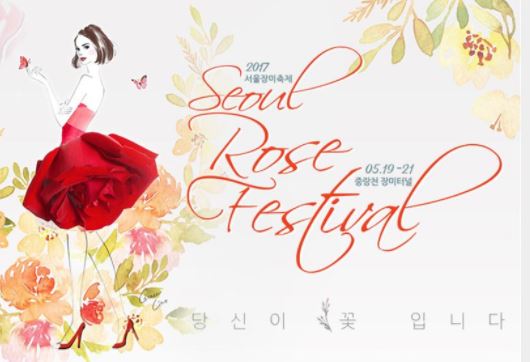 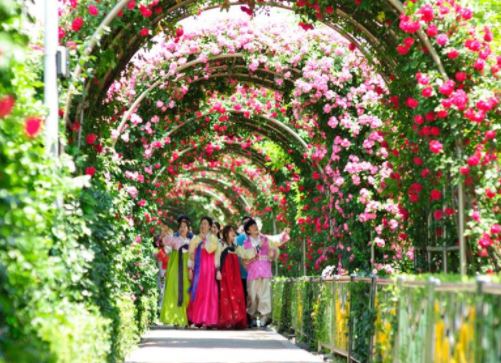 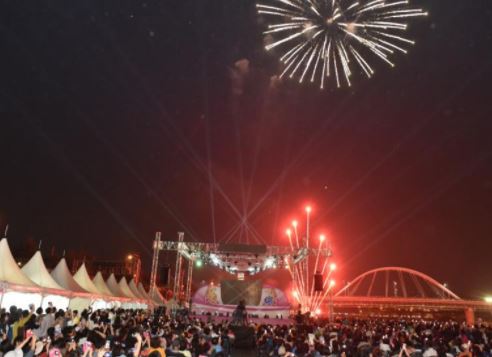 it's great for you who visited Seoul in this month! fighting!! >,<

twinny JL 2016.02.18
<p>Koreans believe in sincerity and following protocols while meeting, eating, praying or even celebrating is very important. Let us have a look at different Korean etiquette in this section of the article.</p>

<p>Bowing is equivalent to the handshake in Korean culture. Bowing means showing gratitude and respect to the person you are meeting with. The younger generations have blended the western culture with their native culture by shaking hands after bowing to each other.</p>

<p>Gifts have remained an integral part of their culture; however, gifts are always given according to the capacity and affordability of the other person because Koreans firmly believe in reciprocating. The quantity or numbers also add value to your gifts; seven is considered as a lucky number so anything in multiples of seven will be accepted heartily. However, they avoid giving anything that falls in the multiple value of four because Koreans consider four as an unlucky number. Red, yellow and pink colors denote happiness and prosperity in the Korean culture. The use of white, black or green colors for wrapping is offensive and must be avoided.</p>

<p>Korean food and drinks add flavor to their traditional lifestyle and rice malt served withkimchi is their specialty. Cold noodles, bibimbap, bulgogi and dakgalbi are some of the world famous Korean dishes. However, dining and eating means following a strict protocol. No indoor farewells, the removal of shoes before entering the house or dining room, and most importantly, only male hosts will serve the drinks.</p>

<p>Buddhism is the main religion in Korea and its teachings reflect in Korean lifestyle, culture and arts. Numerous Buddhist statues, monuments and temples have been included in the National Treasure and Monument list by the government. Yungdrung is major symbol of Korean Buddhism and it can be seen outside temples and religious places in Korea.</p>

<p>Korean culture is incomplete without pottery and ceramics. Pottery is Korea's cultural emblem and it started thousands of years ago. Today, celadon, a Korean blue-glazed pottery, is famous all over the world. This pottery style was passed on to the Japanese by the Koreans.</p>

<p>A Korean marriage does not mean the union of two individuals only, but also the unification of two families and two different lifestyles. Matchmaking with the help of matchmakers (Eui Hon), wedding parade on a pony, bowing to the members of family (Gyobaerye), couple drinking from the same cup (Hapgeunrye) and bridal procession (Wugwi) are major rituals of a traditional Korean marriage.</p>

<p>Traditional clothes are the pride of the Korean people. Hanbok is the name given to traditional Korean attire. It is worn in marriage ceremonies, family functions and traditional festivals. It is also the official government and national dress in Korea. People of all ages wear it with pride because it is one of the emblems of their cultural identity.</p>

<p>Knowing and understanding these customs is important because while visiting the country, you must abide to their rules and customs; otherwise, you might end up in an embarrassing situation because western practices and customs are totally different from the customs of the Korean people.</p>

<div>Seoul is the capital city of South Korea and is also the country's political and economic center. This beautiful city consists of a wonderful modern and ancient architecture which make this city a worth a visit. Seoul has many historical and cultural landmarks. The Seoul metropolitan area contains four UNESCO World Heritage Sites: Changdeok Palace, Hwaseong Fortress, Jongmyo Shrine and the Royal Tombs of the Joseon Dynasty. Seoul is also home to endless street food vendors and vast nightlife districts, an extraordinarily high-pressure educational system and serene Buddhist temples, a dynamic trend-setting youth culture and often crushing conformism, extraordinary architecture. Major modern landmarks in Seoul include the Korea Finance Building, N Seoul Tower, the World Trade Center and the seven-skyscraper residence Tower Palace.</div>