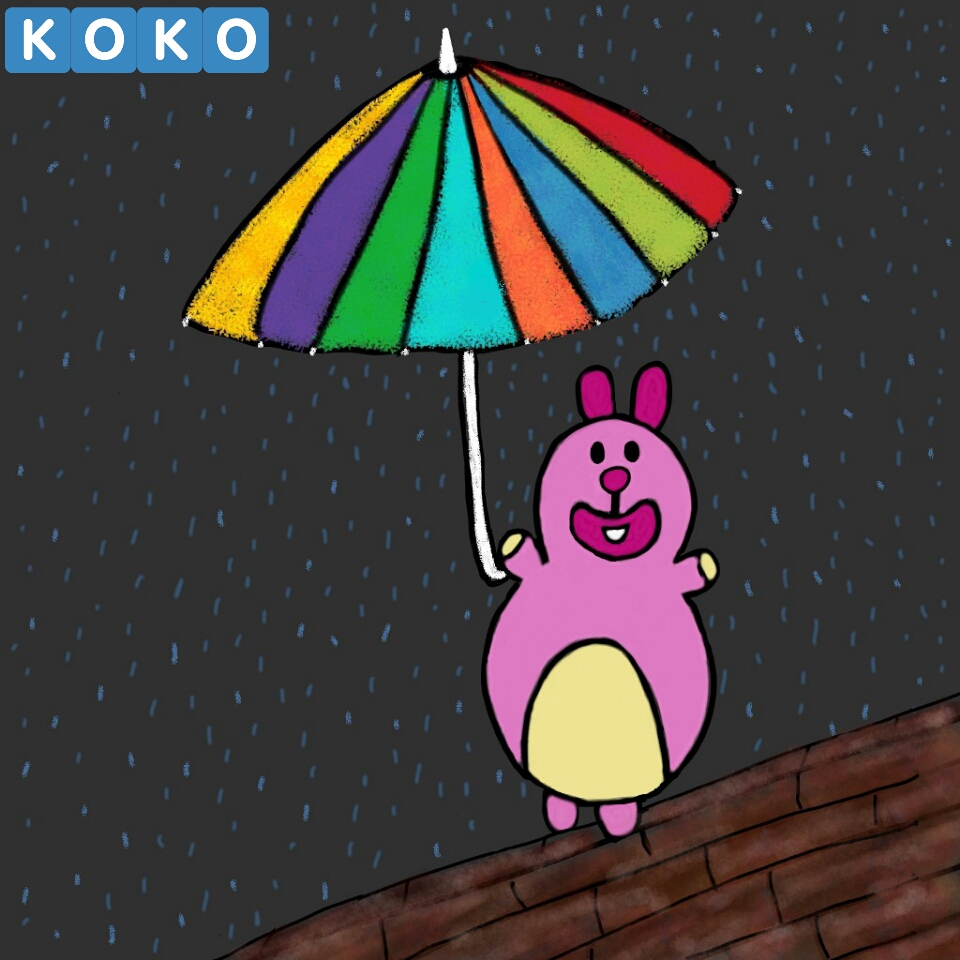 Interested in a special train trip? Your one and only Sea Train journey off the ...

Juneaty Rachmat 2017.08.25
Interested in a special train trip? Your one and only Sea Train journey off the East Coast of Korea awaits you! Sea Train (바다열차) Address 13, Jungang-ro, Samcheok-si, Gangwon-do 강원도 삼척시 중앙로 13 (사직동) Type Others Inquiries • 1330 Travel Hotline: +82-2-1330 (Korean, English, Japanese, Chinese) • For more info: +82-33-573-5474 (Korean) Homepage seatrain.co.kr (Korean only) Introduction The Sea Train is a tourist train, travelling along the Western sea, comprised of four divided cabins including two special rooms, one standard room, and one family room. The first and second cabin feature a special themed cabin, equipped with movie-watching system and seats facing the windows. The third car is for family members prepared with table seats, general subway-alike seats, and a cafeteria. The fourth cabin is for groups featuring three-seated and two-seated chairs. The Sea Train has plenty of things to see as it was decorated with a marine theme, including trick art images of clams, ocean creatures and shark as well as unfolded ocean views looking through the windows. Also, monitors equipped inside the room broadcasts music and games that will provide a fun entertainment while in the train. Another interesting feature of the train is the colorful lights that will change its color to green, red, and blue while passing through a tunnel. Telephone +82-33-573-5474 Fax +82-33-573-5476 Duration Travel Times varies depends on the trains. Please visit its official website for detailed information. Operating Hours [~until Sept. 14, 2014] Departure from Gangneung Station 10:34, 14:10, 07:10 ※Trains leaving at 07:10 operates on weekends only. Departure from Samcheok Station 12:18, 15:48, 08:45 ※ trains leaving at 08:45 operates on weekends only. [from Sept. 15, 2014 and onwards~] Departure from Jeongdongjin Station 10:28, 14:11, 07:10 ※Trains leaving at 07:10 operates on weekends only. Departure from Samcheok Station 12:17, 15:48, 08:45 ※ trains leaving at 08:45 operates on weekends only. ※ The operating hours are subject to change. Facility Utilization Fees * Train No.1: 16,000 won / 14,000 won (Discounted) * Train No. 2: 16,000 won / 14,000 won (Discounted) * Train No. 3: 50,000 on (for 4 people) * Train No. 4: 13,000 won / 11,700 won (Discounted) * Proposal Room for couples: 50,000 won (for 2 people) ※ Discount applicable for Children, seniors, the disabled, men of national merit, residents of Samcheok, Donghae and Gangneung-si. ※ Inquiry for a group visitors at +82-33-573-5474 Reservation Info. for Foreigners Tel: +82-33-573-5474 or Homepage (Korean only) Baby Stroller Rentals Not available Pets Permitted * Pet carrieres required Directions [Train] From Cheongnyangni Station, take a train to Gangneung. Train Schedule: 7 times per day/ Travel time: 6hr 30min [Bus] From Dong Seoul Bus Terminal, take an intercity bus to Gangneung. (2hr, 30min) From Gangneung Bus Teminal, take a taxi to Gangneung Station. (10min) 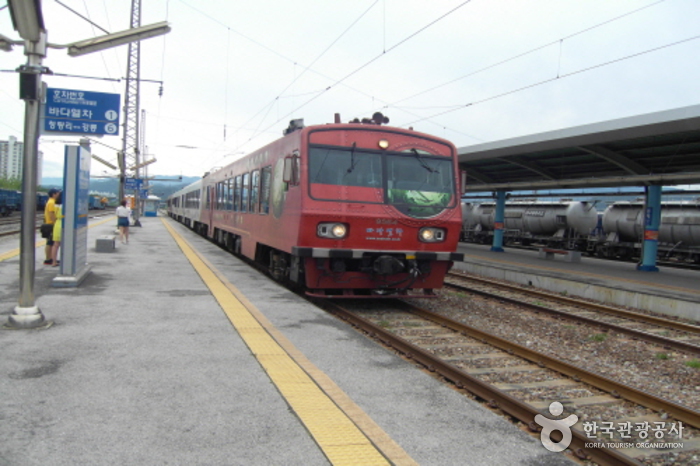 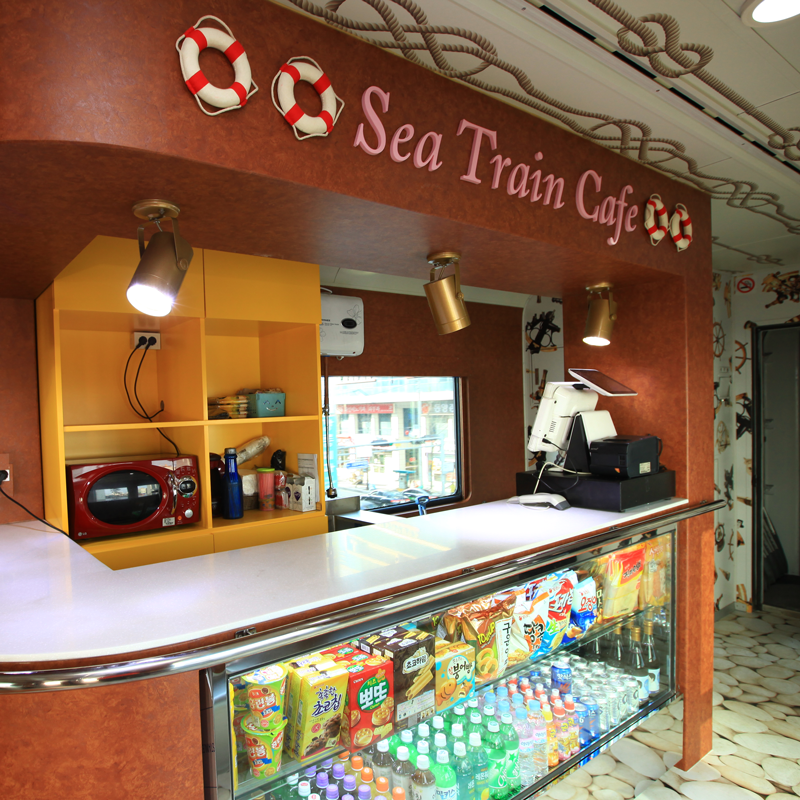 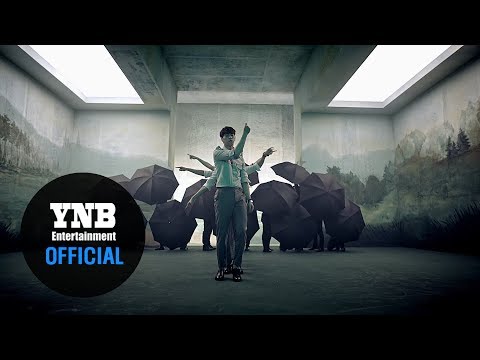 I saw a different side of B1A4 with the dancing steps in this mv.

They look so cute and the dancing steps are really cool.

BTS, EXO, and Red Velvet were caught going crazy for Rain at the recent  31st Golden Disk Awards, showing what true fans of K-Pop they are!

Rain wowed the crowd with a special performance of his smash hits “It’s Raining” and “Rainism.” Not only did the audience go crazy, the idols watching went just as wild. BTS, Red Velvet, andEXO members, as well as SHINee‘s Minho, were all seen fanboying and fangirling over Rain’s performance.

Check out these idols dancing along to the choreography of “Rainism”

In particular, EXO’s Baekhyun and BTS’s V appeared to be the biggest fanboys of all, dancing and cheering throughout the entire song. SHINee’s Minho was also grooving along the whole time!

The idols’ reactions may not come as much of a surprise, as “Rainism” was released 9 years ago in 2008. Many of the idols watching would have been in their teens when the song was originally released and most likely were huge fans of Rain as non-idols.

Now that they’ve debuted themselves and can be on the same stage as Rain it must be a surreal experience for these young idols!

Rain is gonna get married with Kim Tae Hee!

<p>Omg.. i'm so happy! This is really a good news. Been waiting for such a long times for this <img alt="smiley" height="23" src="http://kbsworldimage.kbs.co.kr/images/ckeditor2/plugins/smiley/images/regular_smile.png" title="smiley" width="23" /></p> 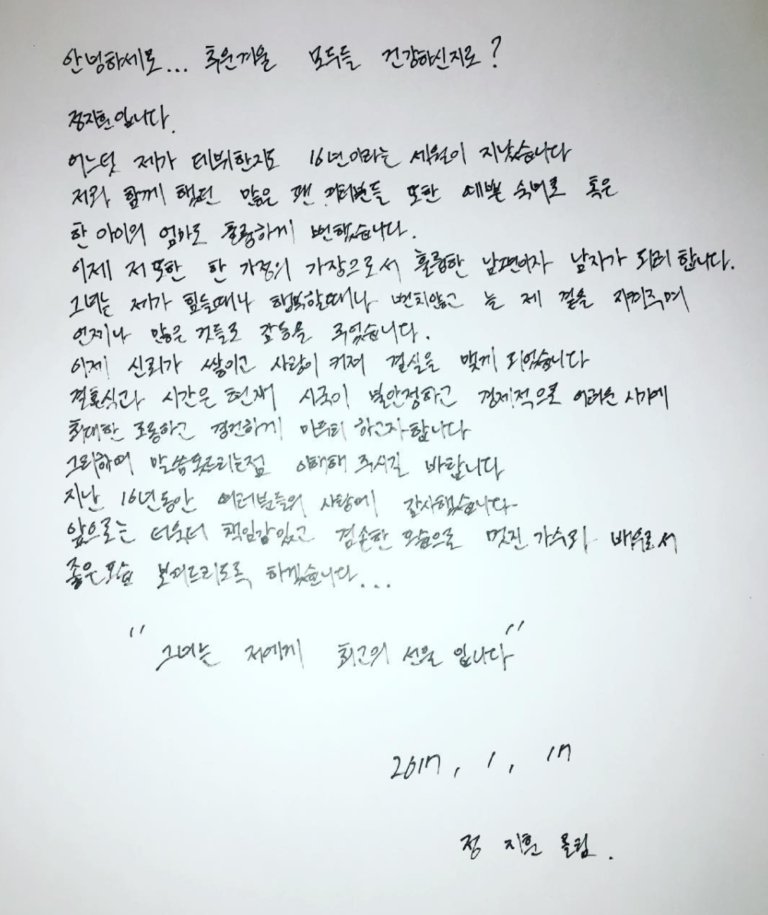 Thank you for joining us in this village. I created this village because i really want to learn korean language. I planned to share a word every day (one day one word).   But it turned out i have to postpone this plan cz i need to finish writing my thesis. I’m sorry for that. (my thesis gives me so much stress. huhuhuhu

Anyway you’re welcome to share your own ‘word of the day’ or phrase or anything to all family member here. So we can learn it together. Also you can share tip and trick to learn korean. It may helps other.

Thank you.. good luck.. and fighting everyone!! 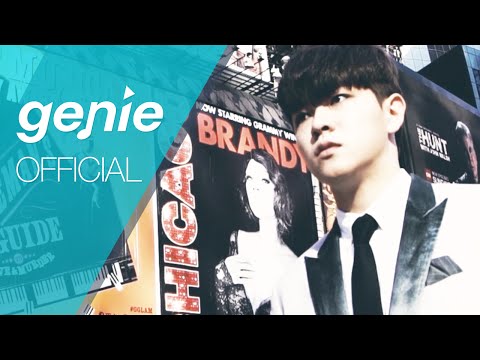 Anyone from East Europe?

안녕하세요! Guys! Who is from Ukraine? High-five!
#europe#ukraine 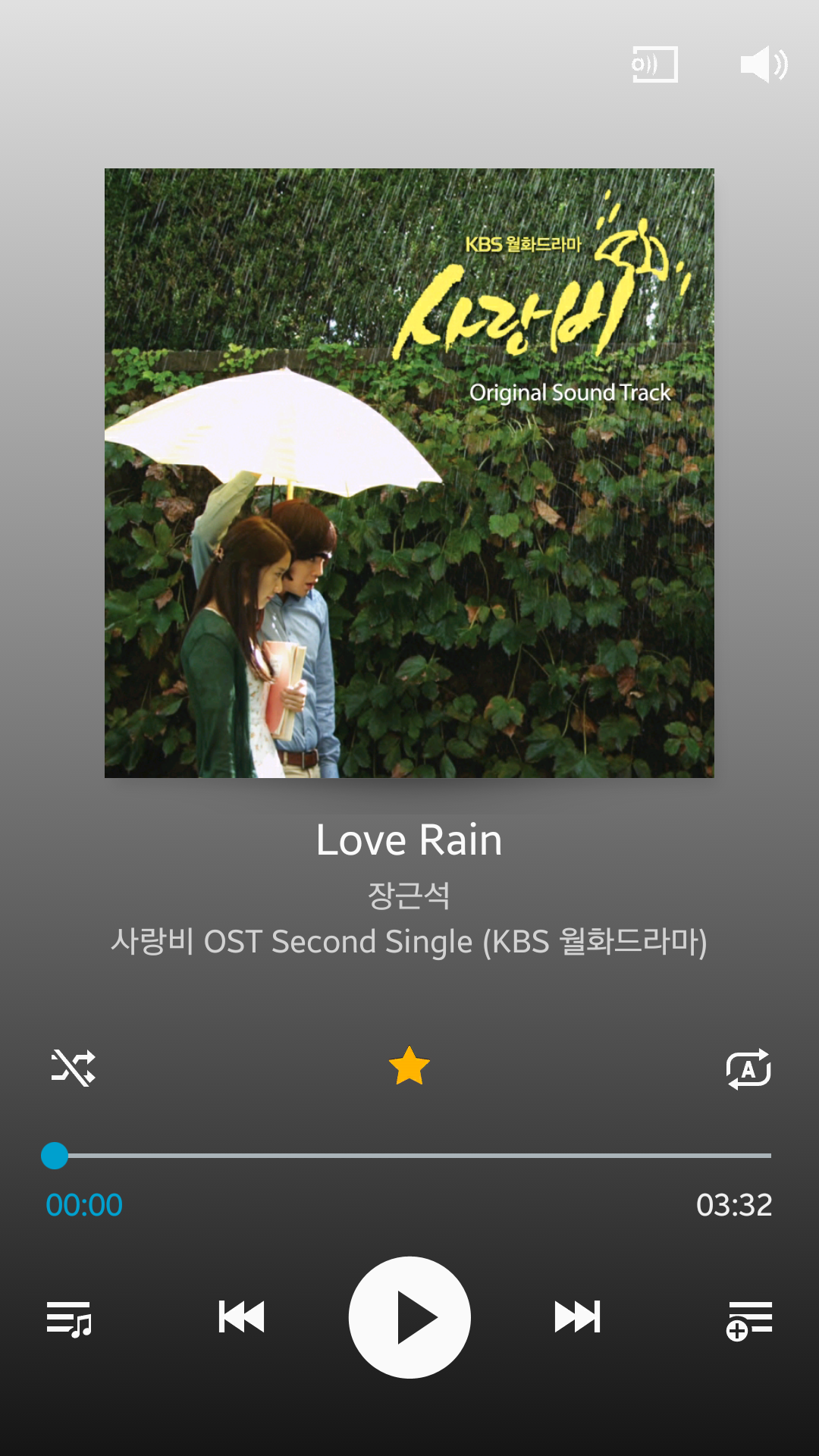 Today I wanna share a drama that I still love:)And it's Love Rain ☔️

Actually I personally like YoonA 언니!Jang Geun Suk and YoonA looking good together!

it is a drama that released in 2012...And the story line is really nice!The locations are awesome!!If you haven't watch it yet...I suggest you to watch.Because it's really nice:)

thank you guys!Have a nice day:) 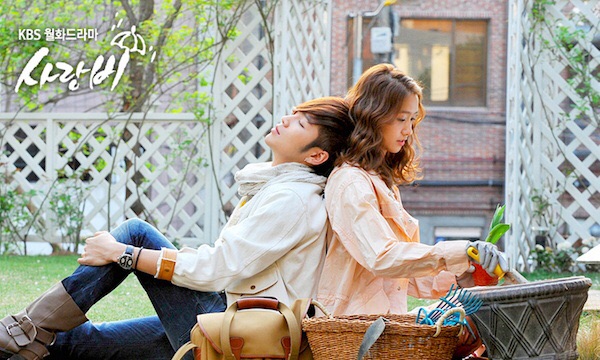 A-Train takes you to birthplace of 'Arirang'

The newly-launched A-Train service is the fourth of Korail's themed train tours, following the O-Line and the V-train which travel around the central parts of the peninsula, the S-Train, which skirts the oceans in the south, and the DMZ Train that symbolizes peace and integration.

Under the company's tour program, the A-Train will run once per day, departing from Cheongnyangni Station in northeastern Seoul and pass through several stations in Gangwon-do, including Mindungsan and Jeongseon, arriving at Auraji Station, its final destination, just after lunch.

While in Gangwon-do, the train takes a round trip around the region, making stops at several stations and offering convenient sightseeing to the passengers. The train departs Auraji Station at 1:40 p.m. and arrives at Mindungsan Station at 2:45 p.m. via Najeon, Jeongseon, Sonpyong and Byeoleogok stations. It then departs again from Mindungsan Station at 3:15 p.m.

Both the exterior and interior of the train were designed by Tangerine U.K., a design and graphics agency. The exterior is decked out in the primary colors of red and blue, as well as in yellow and purple. The purple color palette is based on the Pulsatilla tongkangensis, Jeongseon's official flower. One of the merits of the train is that all of its four cars have larger windows than those found on any other train. The picturesque landscapes of Jeonseon County -- mountains and rivers -- unfold through the windows. In addition, passengers can get a panoramic view of the region's scenery through glass walls installed in both the first and last cars. Through the glass wall, they can get a glimpse into the lives of people in the region, characterized by abundant mountains and curving streams.

Also, the A-Train has a lot to offer inside the train for the roughly three hours of travel time.

During the trip, passengers can listen to the song "Arirang," which is almost always on, and enjoy a magic show, a quiz show and can take photos in Korail-prepared costumes and alongside drawings of cartoon characters. A number of tourists write notes about their thoughts and memories on postcards, placed throughout the train, and hang them on the windows.

Korail recommends that A-Train passengers visit the Jeongseon Five-day Market and try some of the area's leisure activities, including a "sky walking experience," riding a zip wire and a pedal bike along an abandoned section of railway. The company also recommends tourists make a stop at the Hwaam Cave and at the village of Jurye, two of the most popular local travel destinations. Korail also provides related travel packages. 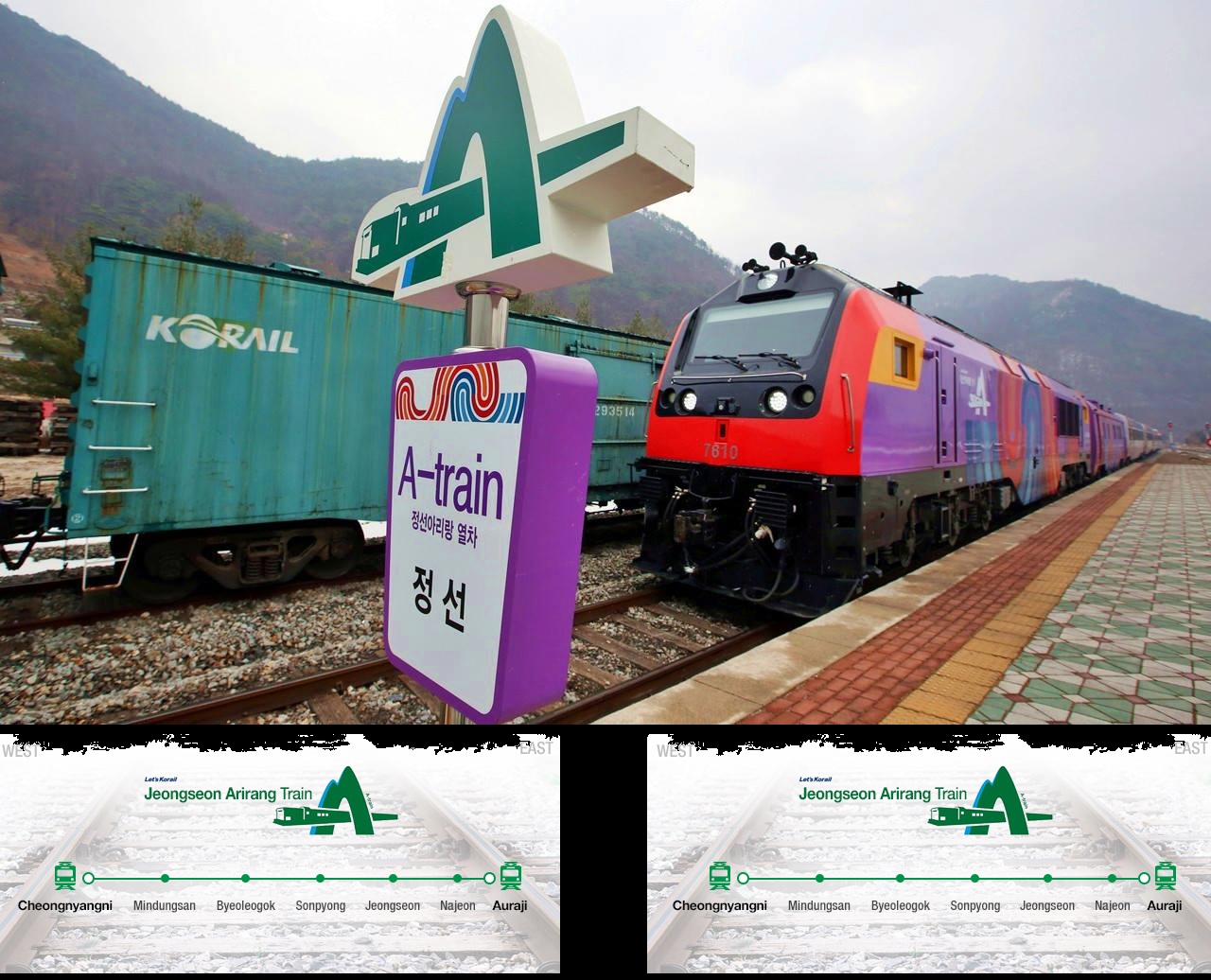 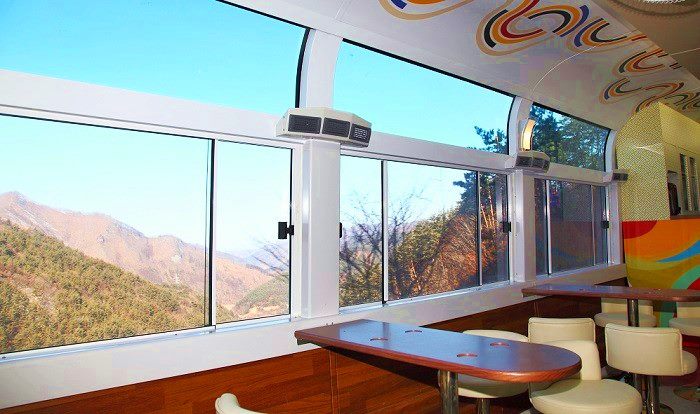 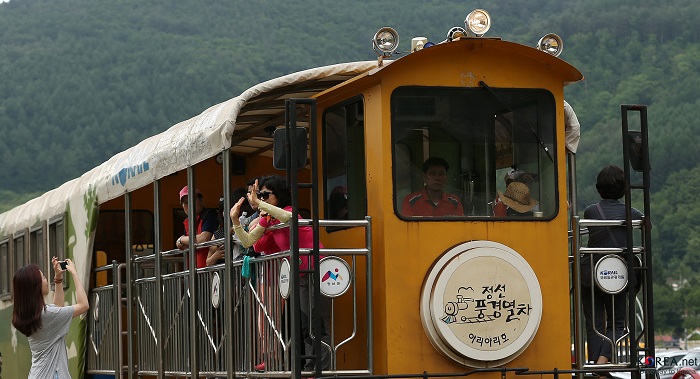 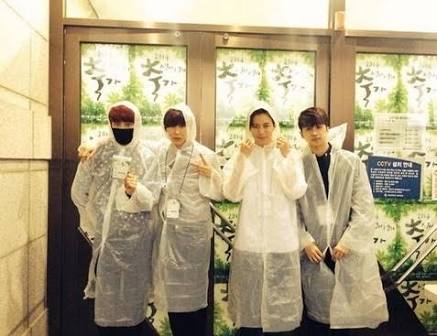 The Café Rainbow is the first of the nine lookout cafés along the Hangang River to be opened to the public. The 76.4㎡ café occupies the third and fourth floor of a four-story building (1st and 2nd floor to be used as a common space for an elevator and stairways). The Café Rainbow consists of a café, an outlook and an exhibition hall, all of which are centered around the theme of biking.

The 3rd floor, which is used for theme promotion and marketing, is decorated with bike-related items and designed in accordance with the overall biking theme. Moreover, the café distributes information for free about Hangang River events and festivals while supporting programs and events related to bicycling. From the 4th floor, visitors can enjoy a picturesque view of the Hannam Bridge, and Namsan Mt., and at night, indoor lights will be lowered to provide the best lighting for the fantastic night view. The café's interior has many comfy chairs, and equipment for visitors to take a rest. The menu reflects the idea of overall health with a selection of healthy foods and beverages, the perfect match to a day of bike riding. 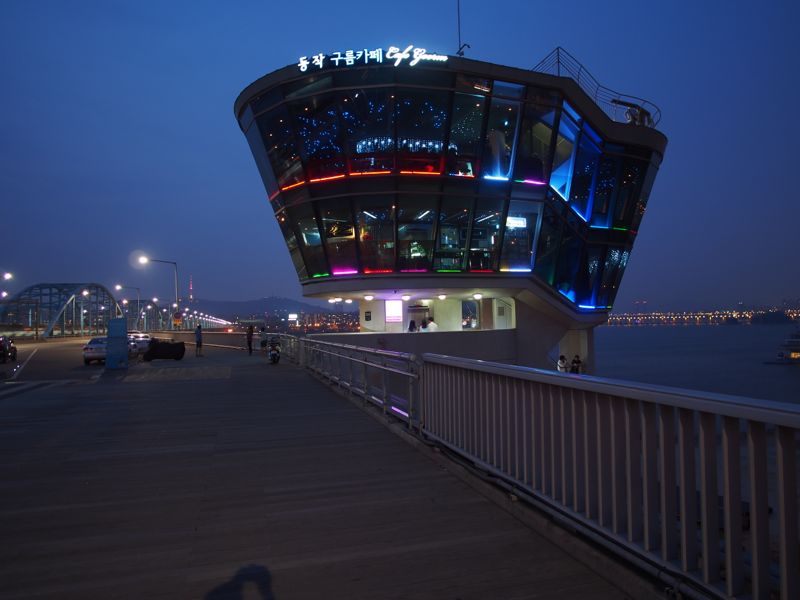 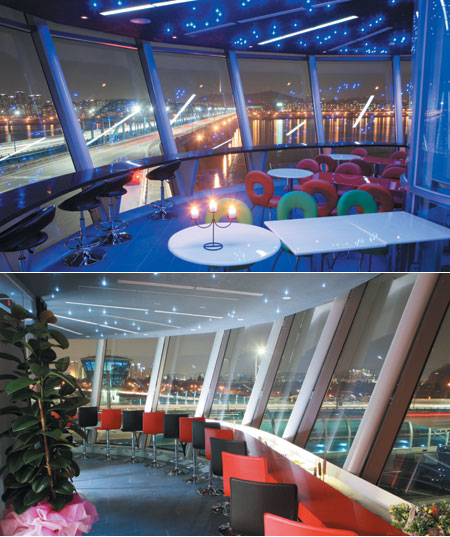