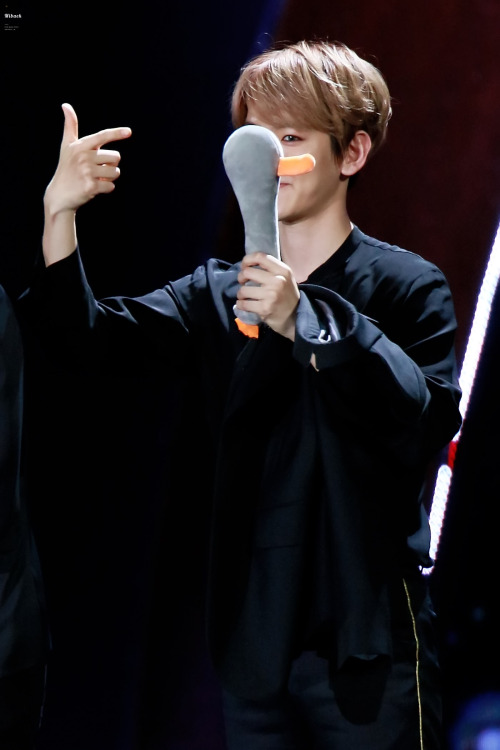 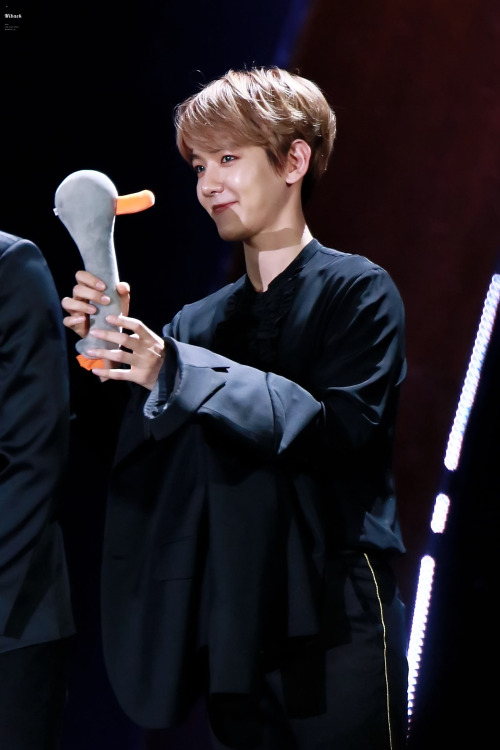 As EXO was seated together, fans noticed that Baekhyun couldn’t stop playing with a gray toy duck. Once he noticed the toy on the table in front of him, he held it almost the whole night and even brought it up with him during EXO’s winning acceptance speeches.

A fan captured Baekhyun using the toy duck as a toy gun on video and began playfully “shooting” his members.

Fans even captured Baekhyun and the toy duck on camera. Check out the photos below!

Baekhyun playfully held his toy duck as a toy gun.

Baekhyun held the toy duck to his lips.

Chanyeol and Baekhyun interact while he held onto his dearest toy duck.

Baekhyun amusingly introduced his toy duck to Suho during one of their winning acceptance speeches.

Baekhyun never forgets to show his love for EXO-Ls even with his toy duck as Kai speaks on.

Baekhyun continued to hold the duck as he thanked fans and staff.