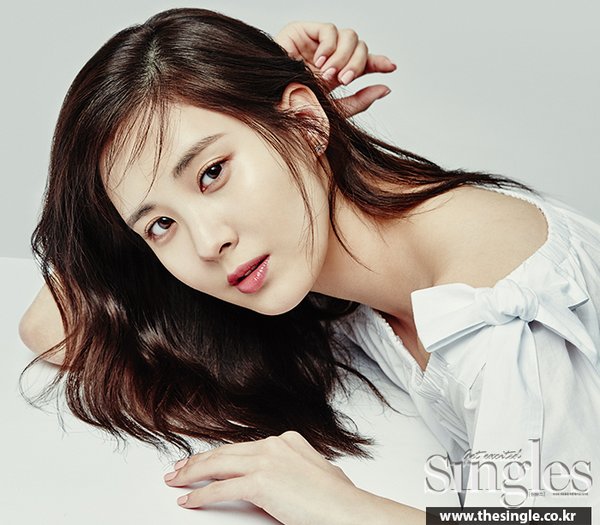 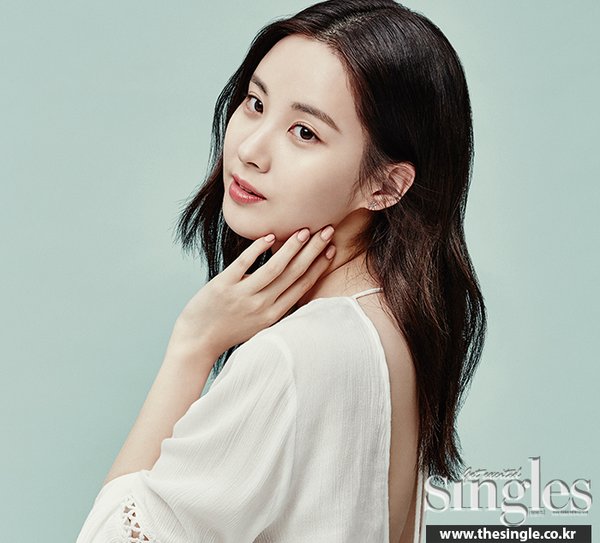 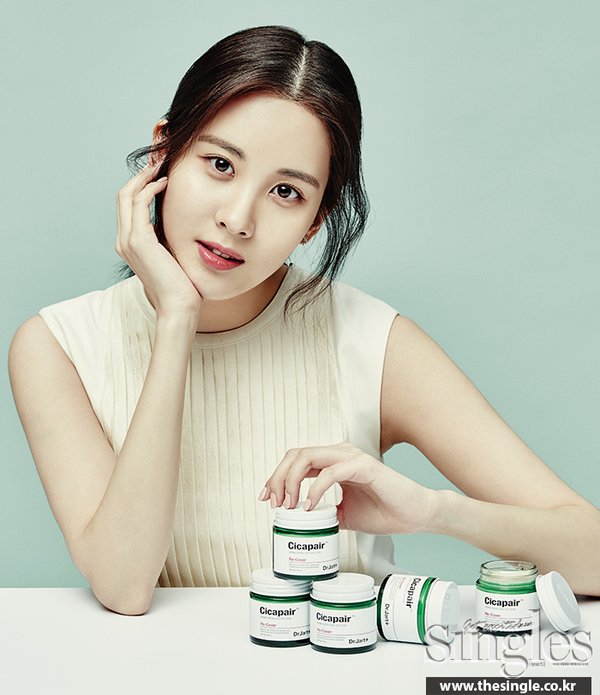 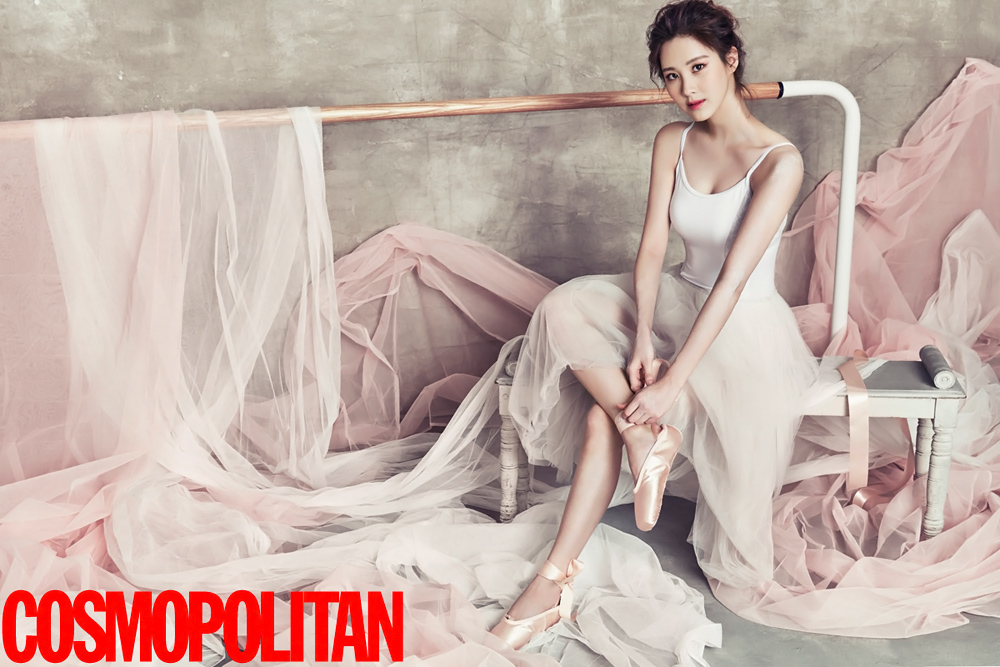 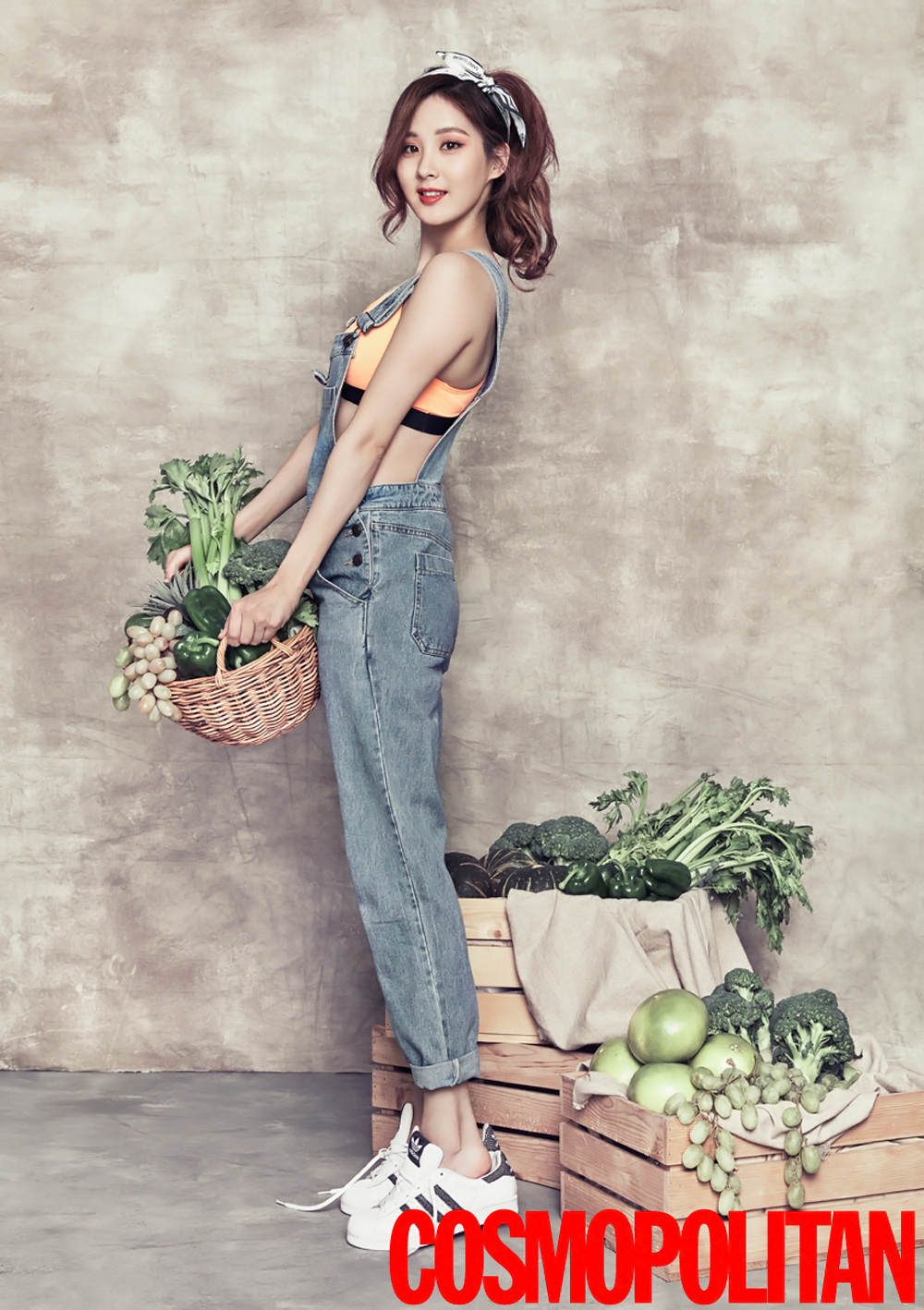 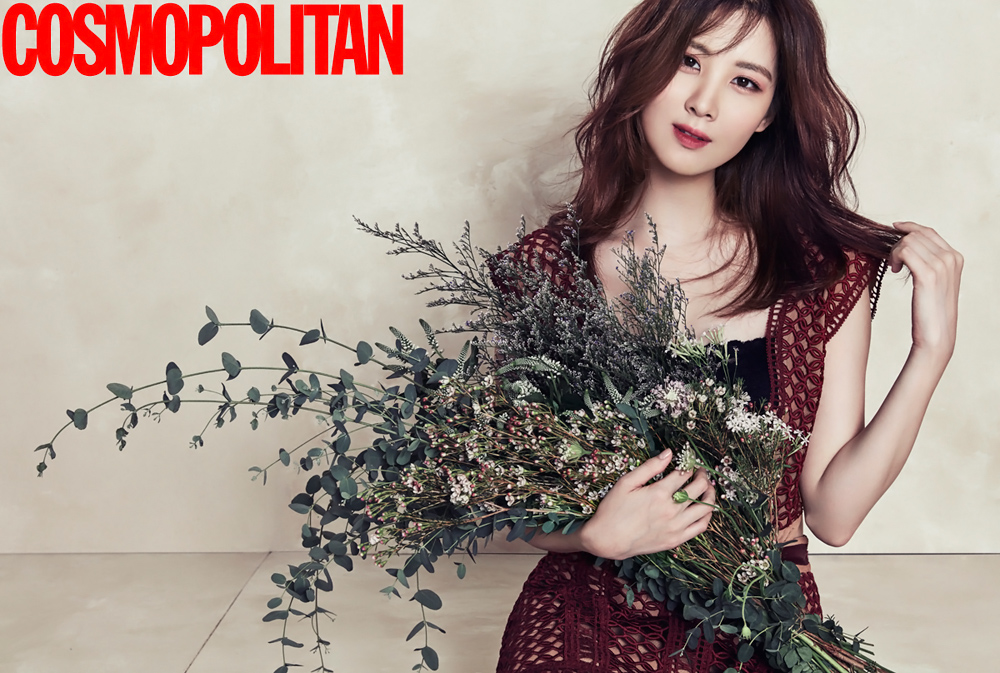 Both the Korean and English version will be released simultaneously 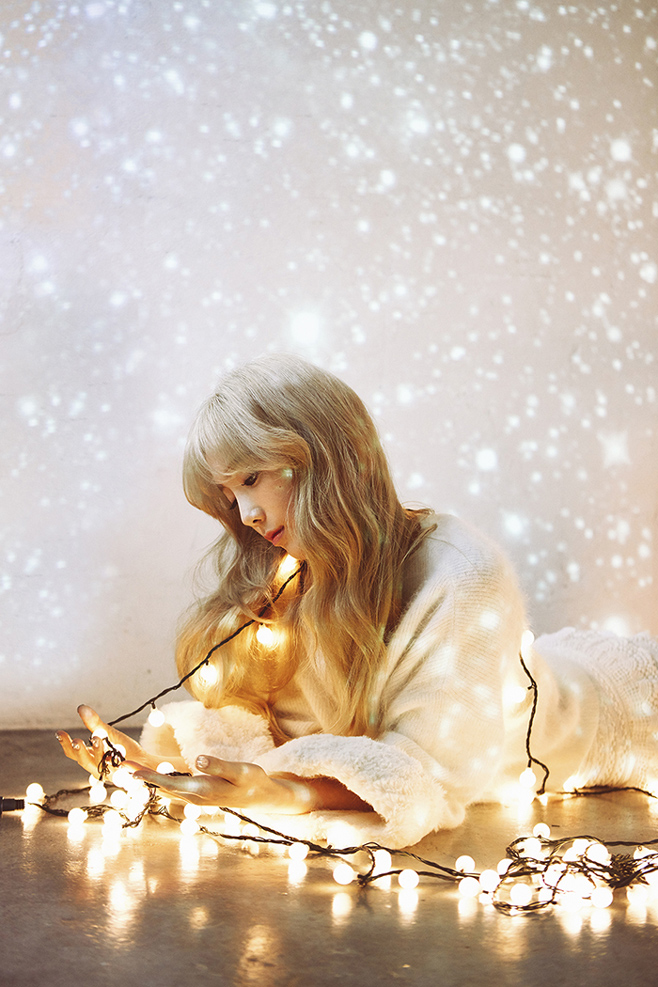 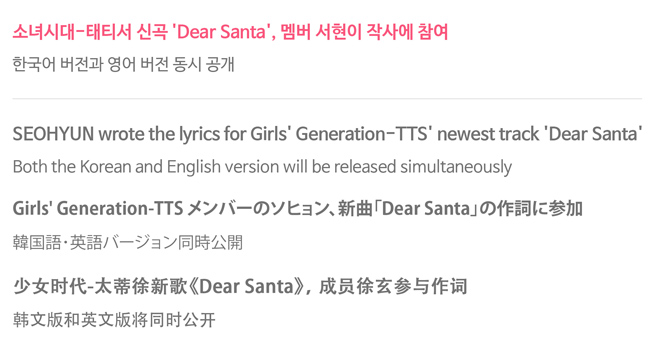 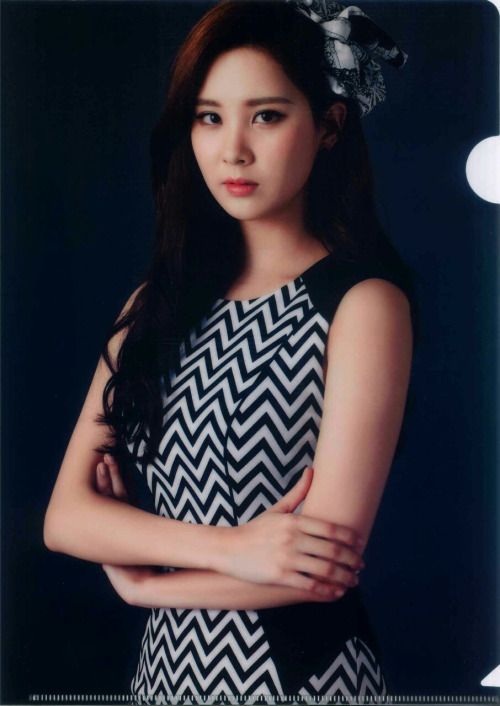 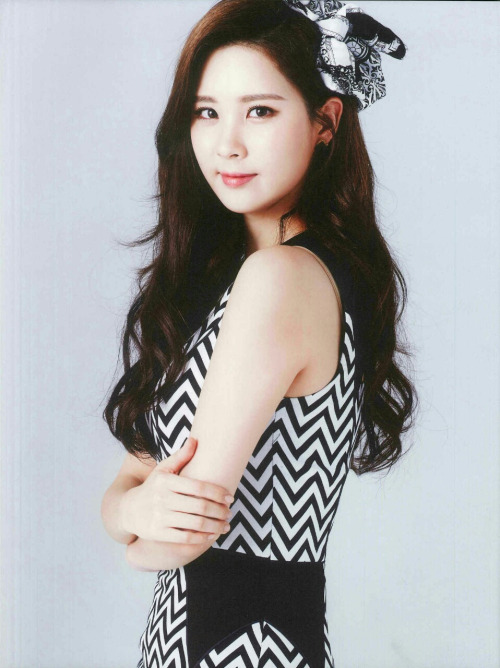 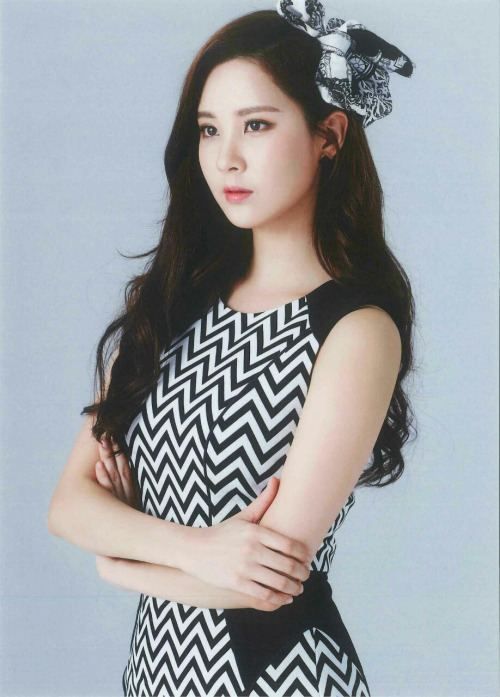 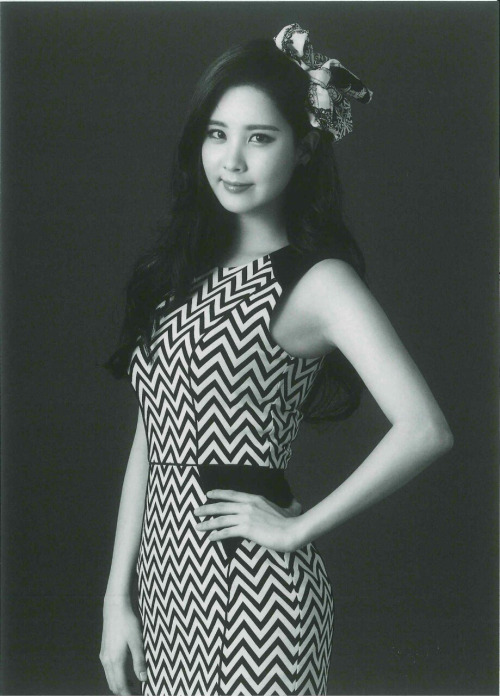 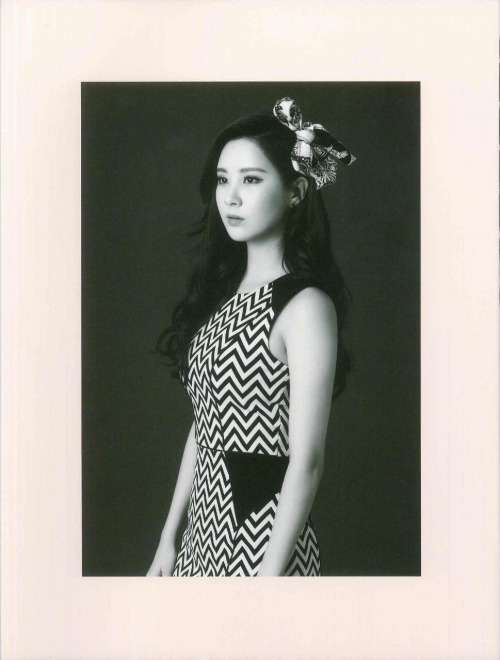 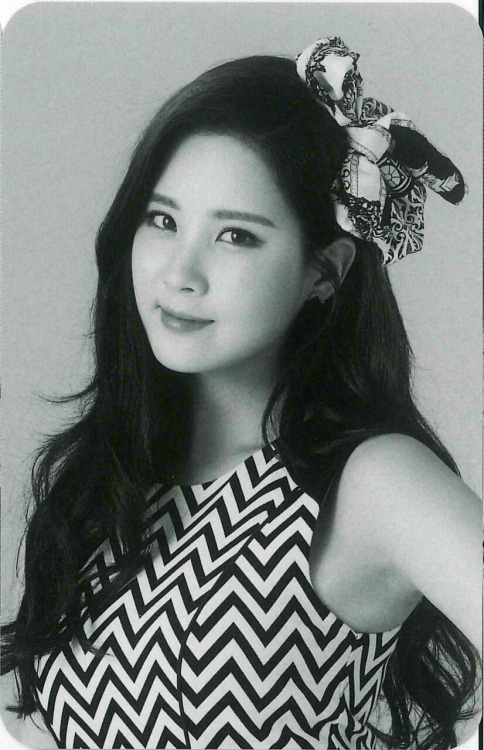 2015.11.25
Seohyun is taking on her first ever film role in the upcoming movie So I Married An Anti-Fan which has already confirmed EXO ‘s Chanyeol as the lead. Multiple entertainment officials have confirmed on November 5th that Seohyun would be joining the cast. The film has already become a hot topic soon after Chanyeol was said to play the lead. According to reports, filming for the Chinese movie has already begun as of November 3rd in Shanghai. So I Married An Anti-Fan is a film based on a webtoon of the same name written by Jiwan, and tells the love story of a celebrity falling in love with a journalist who is his anti-fan. Seohyun has several musicals under her belt including Gone With The Wind, Moon Embracing the Sun, and Mamma Mia! as well as having a role in the drama Passionate Love in 2013. Source: X Sports News 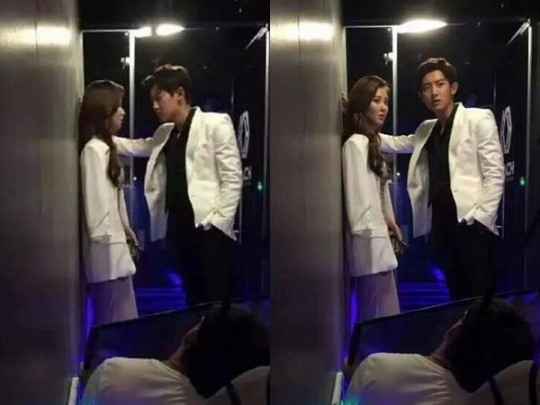 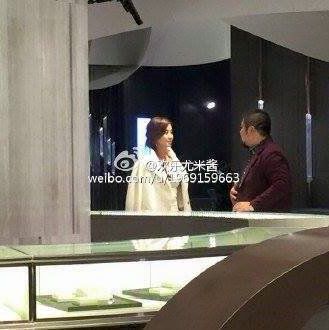 Full Name: Seo Joo Hyun
Nickname: Hyun
Position: Main Vocalist, Maknae
Birthday: June 28, 1991
Birthplace: Seoul, South Korea
Height: 168 cm
Weight: 46 kg
Blood Type: A
Education: Dongguk University
Languages: Korean, Chinese, Japanese, English
Trainee Time: 6 Years and 6 Months
Fun Facts:
She is known for her unique and proper personality.
She can play the piano.
Though she is the maknae, she has one of the best vocals in Girls‘ Generation/SNSD.
Shes a stickler to rules and will always follow them.
She doesn‘t lie.
When Tiffany was learning Korean from the other members, she only believed Seohyun because the rest of the members liked to deceive her.
She always speak formally/with honorifics in conversation.
She loves sweet potatoes.
Her ideal type is Johnny Depp.
Her favorite movie is “Pirates of the Caribbean“.
Her favorite song on the “Girls‘ Generation” album is “Kissing You“.
She loves the popular anime “Sgt.Keroro” and can even imitate some of the characters such as Tamama.
She was ‘married‘ to YongHwa of C.N Blue on the reality show “We Got Married“.
During her time in “We Got Married“, she learned to play the guitar from YongHwa.
Her and Yoona attended the same high school.
Her favorite song on the TaeTiSeo mini album is “Baby Steps“.
She doesn’t lie.
She was an MC for Music Core along with Taeyeon and Tiffany.
She was in the sub–group TaeTiSeo along with Taeyeon and Tiffany.
She was in the MV for TRAX‘s “Oh! My Goddess“.
She hardly ever gets angry.
She voiced Edith on the Korean version of “Despicable Me“.
Once Girls‘ Generation/SNSD made the members pay a fine if they were late, and Jessica paid the most.
Her salute poses are inspired by Tamama of “Sgt. Keroro“. 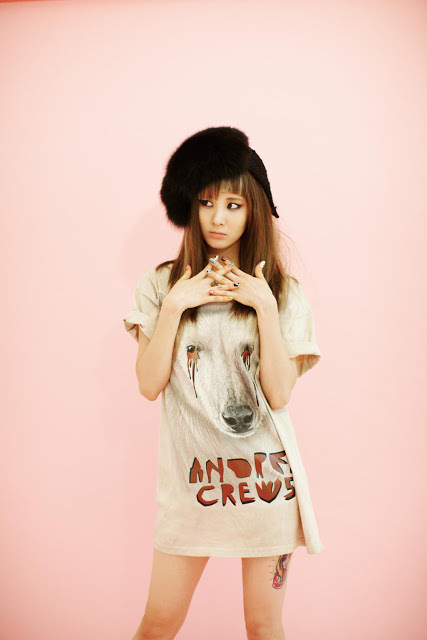