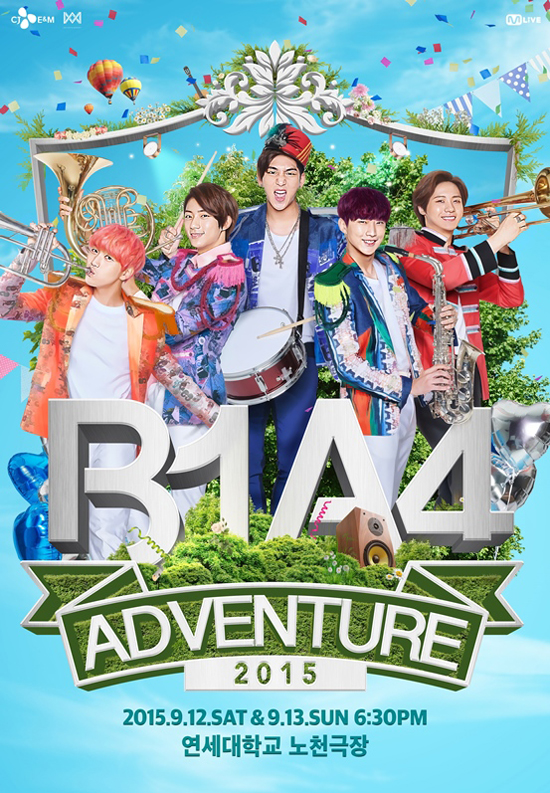 B1A4 is holding an outdoor concert for its fans in September.

B1A4 announced that they will be holding a solo concert entitled 'B1A4 ADVENTURE 2015' at Yonsei Culture & Art Center, Ampitheater on September 12 and 13. Prior to the event, its main poster and line-up have been released. In the main poster, five members are holding musical instruments transformed into a marching band with mischievous looks. Also, the poster portrays cheerful parade atmosphere and B1A4’s unique energetic charms.

In addition, they introduced ‘Concert Line-up’ preparing various events for fans; “Hidden Catch,” finding different spots between two main posters, “Follow Me,” which teaches point choreography of B1A4’s songs, “Adventure Map’ to introduce the way to the concert hall and surroundings. The most anticipating line-up is to unveil B1A4’s studio while they are preparing for the concert.