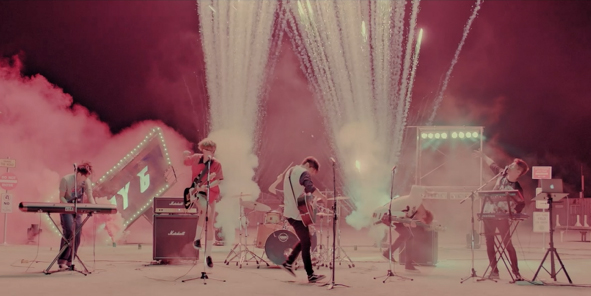 On September 2, the group’s debut title track ‘Congratulations’ MV was released on official JYP YouTube Channel. In the video, a man is looking at his girlfriend smiling with another guy. JYP’s rookie actor and actress Kang Yoonje and Jang Huiryong appeared on the video to support the group.

The title track ‘Congratulations’ was co-produced by DAY6 members and producer Hong Jisang and Lee Woomin by ‘collasedone.’