B1A4 to unveil its rehearsal scenes for the upcoming solo concert 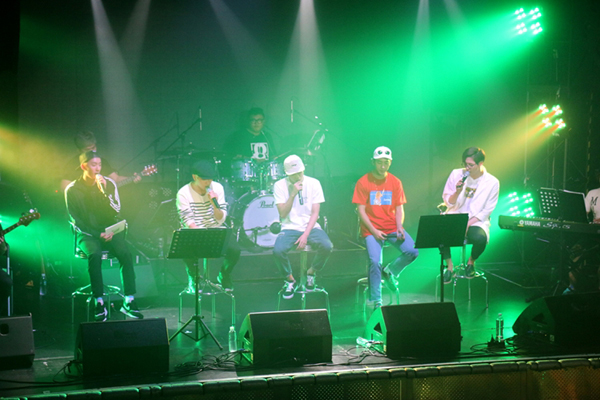 On September 1, B1A4 invited the winners of its concert event ‘Follow Me’ and showed their rehearsal stage at the MUV Hall in Hongdae, Seoul.

For about 100 fans, the group kicked off the event with ‘What’s Happening?’ and the fans also sang and followed their choreography along together. Also, the five-member group performed a special stage with ‘Baby Good Night(Acoustic version),’ ‘Love Then,’ and ‘Sweet Girl.’

When the members were asked “What’s the most memorable B1A4 concert until now?” and they answered “We enjoyed every moment, but the upcoming fifth concert will be the best-ever concert and we’ll do our best to make it happen.” They introduced B1A4 band one by one and shared a good time with the fans.