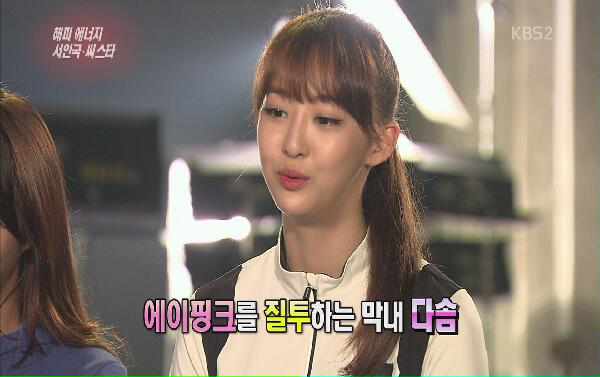 On September 7th episode of KBS 2TV's "Entertainment Weekly" Seo In-guk and Sistar and their fashionwear commercial shoot was featured.

Seo was asked which group he likes better between Sistar and A-Pink, the group that his co-star for "Reply 1997" belongs to.

And he immediately replied "Sistar of course!"

Hyorin was seen shouting "Pick A-Pink! They're much prettier."

Bora revealed that Dasom is very jealous of A-Pink because of what Hyorin said.

Dasom said "Hyorin always talks about A-Pink. I always said Hyorin is the most beautiful girl I know. And to suddenly learn she said A-Pink is prettier than us upsets me!"

Hyorin told Dasom "You're the cutest!" The two embraced and made up on the spot.

Also mentioned during interviews on this day was how Tony Ahn who is dating Hyeri was too busy to go out on dates these days. 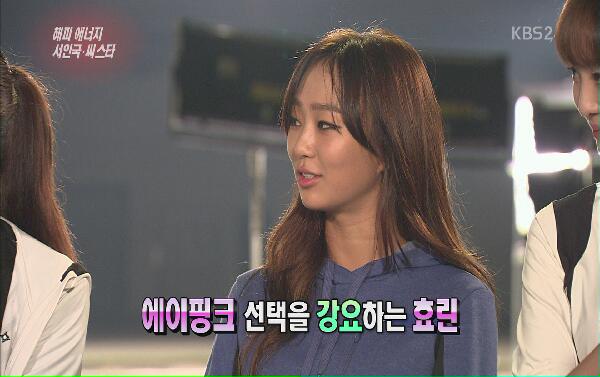