Actor Park Geun-hyung : I Am the Best-Looking Among the ‘Flower Halbaes’ 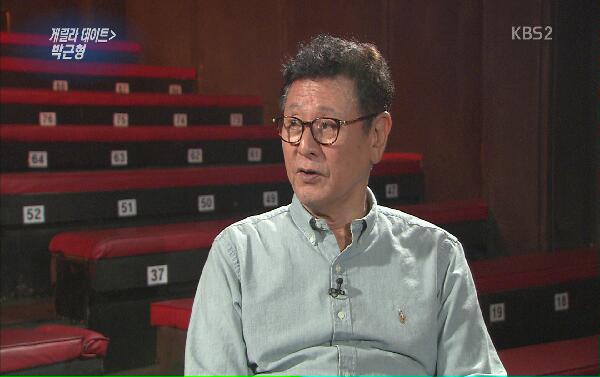 Veteran actor Park Geun-hyung has revealed his confidence in his appearance.

In the September 14th edpisode of KBS 2TV’s "Entertainment Weekly", which featured a 'guerilla date' with Park Geun-hyung, Park whipped up the audience as he ranked the looks of himself and his comrades - old veteran actors including Lee Soon-jae, Baek Il-seob and Shin Goo.
Asked about the ranking of acting capabilities among the cast of TVN's “Halbae instead of flower” during the broadcast, he said “Of course Lee Soon-jae is the first, followed by Shin Goo and me. He added that the basis for the ranking was age.
About appearance, Park said definitively, “I am better than others. Lee Soon-jae does not look nice and Shin Goo has become an old person,” driving the audience into great laughter. When a reporter said “He looked like MC Shin Hyun-joon as Park’s photo taken when he was young was revealed, Park ribbed Shin, saying “I am better than him. I do not look like him.”
Then Park revealed an anecdote as he taught Won Bin a lesson. During filming in a previous KBS drama “Kokji”, he chastised a young man with long hair saying “You come out tomorrow with your hair cut. You should be prepared for acting if you want to work as an actor.” He said that the young man was Won Bin.
Park continued, “When I saw Won Bin in his next work, he has become much better.” He revealed his regret for Won Bin, saying “He did not come to me to greet me.”
In the broadcast actor Chang Geun-seok caused excitement as he confessed he wanted to be an MC of “Entertainment Weekly” but gave up it as he was a clubbing maniac. 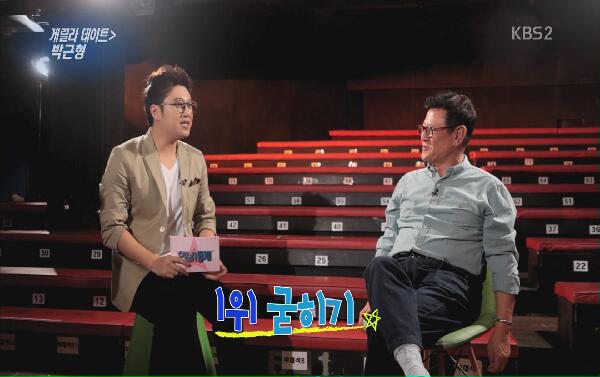