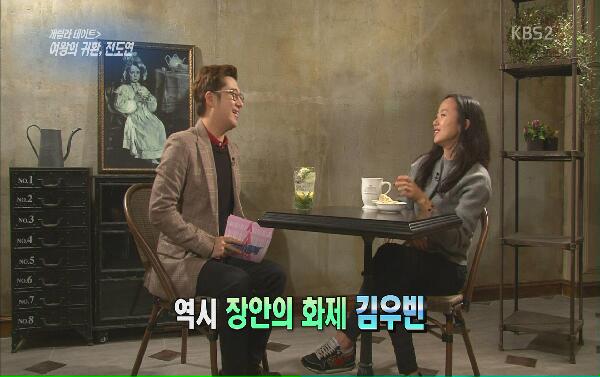 In the KBS2TV‘s “Entertainment Weekly“ which aired on December 7th, there was a Guerrila Date with the actress who recently came back to the big screen with the film
During the show, Jeon was asked, "Which actor or actress catches your eye these days?" and answered, "In terms of acting, I like Kim Woo-bin." She explained, "I like his unique voice and I heard that he is very professional on set."
The actress also said that Kim Woo-bin has all that it takes, but declined the interviewer's request to send him a video message, making the audience laugh.
Jeon also said that she liked her nickname "Queen of Cannes" because it always keeps her on guard and pushes her to work harder. The actress also talked about some of the episodes while she was filming
Meanwhile, the press conference for the new KBS drama 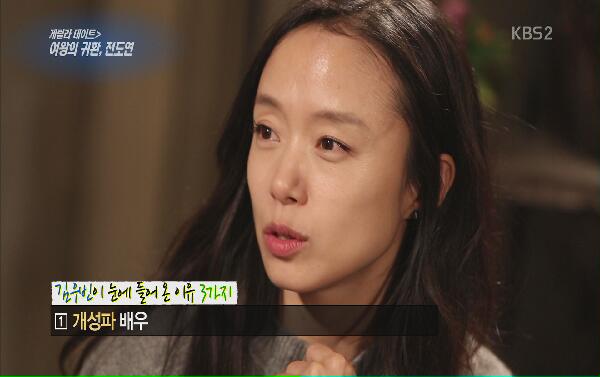