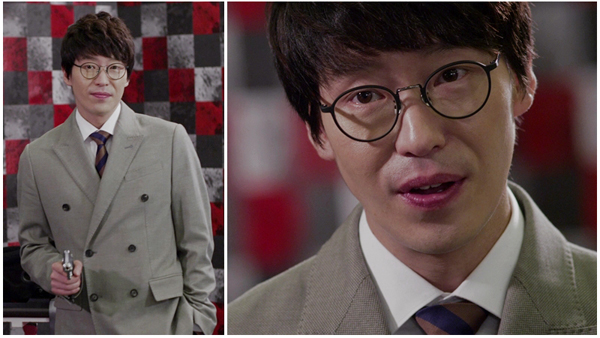 Kim Kangwoo is playing Kang Doyun who lost her sister and father due to a conspiracy by Golden Cross group. Also, Um Kijoon is playing Michael Jang who controls the group. Currently, the two work together to drag Jung Bosuk down, Ire’s father.
In the released photo, Kim Kangwoo turns back and his face seems strained as if he realised the upcoming danger from his back. And Um Kijoon is aiming the gun at him with a frosty smile.
Meanwhile, in the 10th episode, Ire found out that Seo Dongha was the killer and felt devastated. Ire also found out that Doyun was trapped and drove to Incheon Port to help him. In the mean time, Michael tested Doyun’s intentions, knowing Doyun was on the Hanmin Bank case as well. Ire told Seo Dongha the truth about Hayun’s death.
[Golden Cross]
Showtime: Wed-Thurs 09:50pm | Thurs-Fri 04:10am | Fri 02:00pm (Seoul, UTC+9).