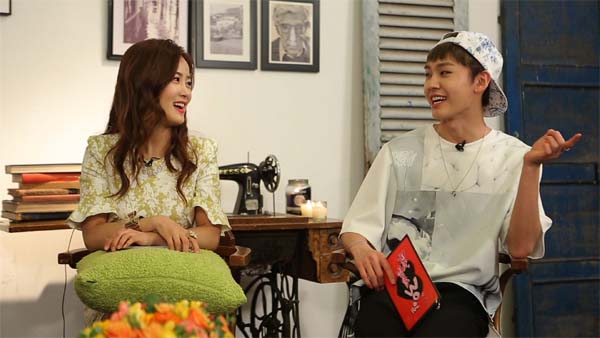 Ilhoon and gag woman Kim Jimin are showing up as panelists in “Pit-A-Pat Romance.” When they were talking about physical contact between a couple during the show, Kim Jimin appealed to Ilhoon with a gentle touch.

Then, he younger guy said, “I feel nothing even with your touch,” and embarrassed Jimin.

However, soon after, he said it was just a kidding and calmed her down.

Also, Jimin suggested him talk informally when he said “When couples talk informally, they can get closer easily.”  So, Ilhoon giving her an awkward smile and answered between formal and informal way.

Meanwhile, in the final episode, finally their 30 days have come to an end. If they want to continue their relationship, they have to keep their rings on. What will happen to the three couples?