“Then, let me try this food,” Song DoWon [You Are the Only One] 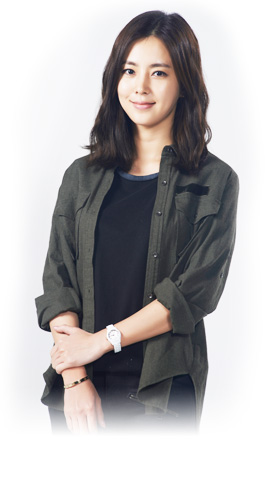 Popular producer at a cable broadcasting company.
She is famous for her line in the show, “Then, let me try this food.”
Being raised by single father, she grew up as a bright woman.
Yet, this optimistic woman has a secret. She has been missing her mother who abandoned her and hides her longing for mother from her father. She believes when she shows up on TV, her mother will recognize her. One day, she finds a writing from her mother and decides to find her.
Having worked hard more than anyone, she has turned 30, but she has never dated anyone. Then, she meets this famous chef Lee JiGeon to cast him for her program and she starts to feel something she has never felt before. He seems to be a playboy who asks her out so easily, but she doesn’t feel unpleasant.
[You Are the Only One] - the Premier
Showtime: Mon-Fri 20:20 | Re-run: Tue-Sat 05:20, Mon-Fri 09:30 (Seoul, UTC+9).