Let “Song Dowon’s Cozy Restaurants” begins! [You Are the Only One] 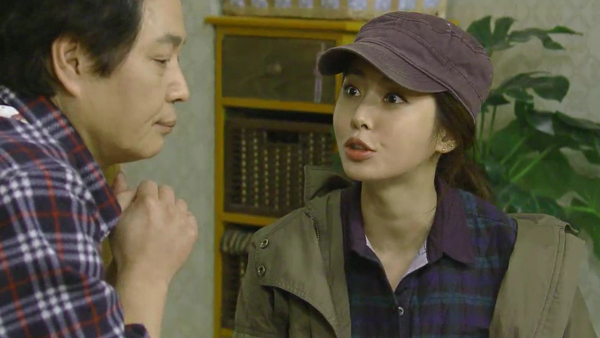 Dowon is a famous TV producer known for her landmark show, “Song Dowon’s Cozy Restaurants.” She wants to interview Chef Lee Jigeon for her next show but he refuses to appear.

Deokgu raised Dowon alone, as a single father. He loves his daughter to death. He makes pear juice for Dowon on her way to work, but Dowon offers it to Jigeon, who is charmed by her gift and Dowon manages to get the interview. She also comes up with the idea of interviewing Chef Lee at a glamping site.
When she gets back home, Dowon discovers an old diary while rummaging in her dad’s closet and reads a letter from her mother to her. Deokgu asks Dowon what’s wrong but she can’t give him an answer and she decides to look for her mother.
On the day of her interview, Dowon worries that the weather might not allow them to finish the shoot. She suggests that they skip some of the steps, which Jigeon doesn’t like. Jigeon insists that even one bay leaf can make a huge difference in cooking.
When a storm comes, and the basil leaves are picked up by the wind, Dowon runs to save the basil. She accidentally falls into the river. Surprised, Jigeon throws himself to save her. He’s shocked when she says she was trying to save the basil.
[You Are the Only One]
Showtime: Mon-Fri 20:20 | Re-run: Tue-Sat 05:20, Mon-Fri 09:30 (Seoul, UTC+9).