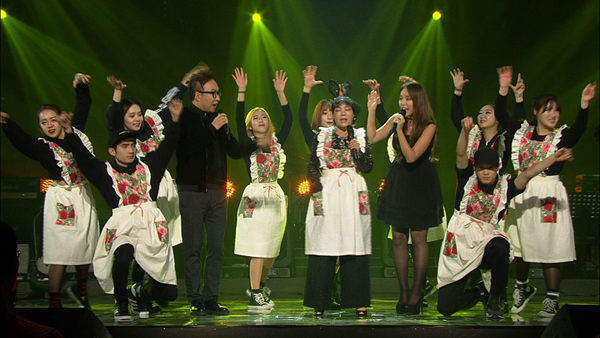 Kim Soomi is a very popular Korean actress, and now she is challenging her career as a singer. "I love music regardless of the music genre," comments Soomi.

She launched her singing career with the name of 'Soomi Gol'. She says frankly, "I wanted to have a name like 'Soomi Kim' because it sounds prettier. But, I couldn't because I was told not to do so," and raises a laugh with her joke.

Park Myeongsu, her producer, is on the show as well. When he is asked how the work with Soomi went, he says, "As she is a very diligent person, the work went well." And, Soomi is questioned about her goal as a new singer. "My goal is to come here again on the 400th." This is her answer and her passion makes the audience send her a loud clap.