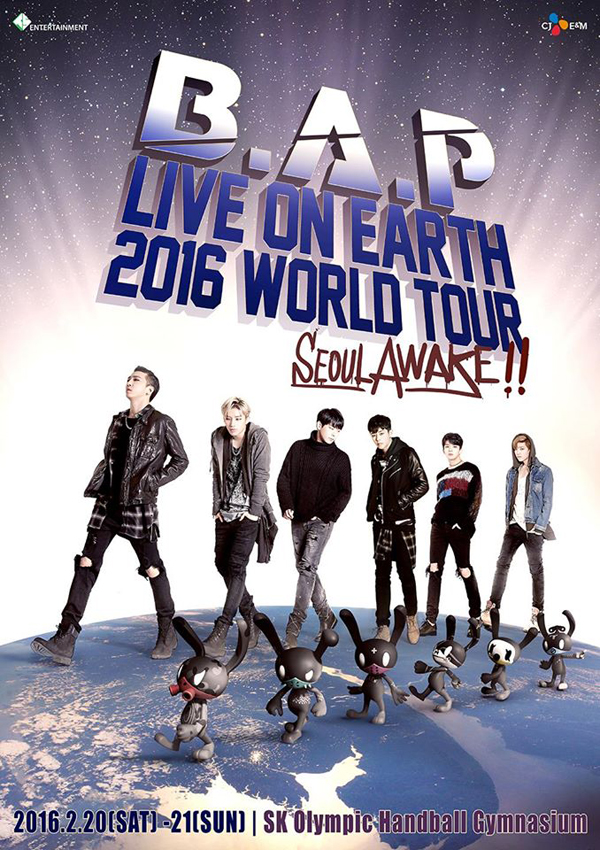 B.A.P reveals its onstage performance of their fifth mini-album for the first time through its concert.

On February 20, 'B.A.P LIVE ON EARTH 2016 WORLD TOUR' will begin in Seoul at the SK Olympic Handball Stadium. The Seoul concert is titled "AWAKE". It is said that their goal is to arouse their fans with their powerful music, which they will remember forever.

This year, they will be visiting five continents, including North and South America, Europe, Australia, and Asia.

Besides, tickets to the concert can be purchased through "Interpark" on January 20.