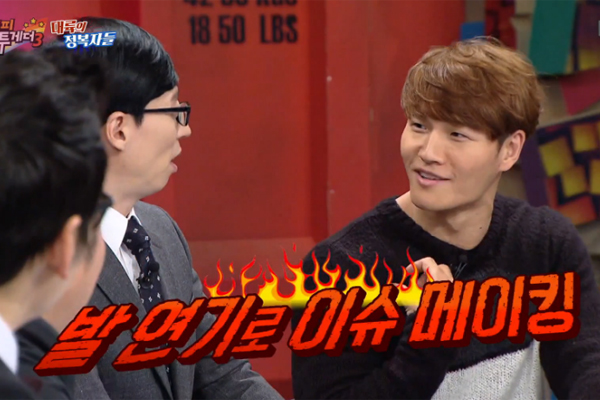 After acting in "THE Producers", Kim Jongguk received a love call.

On the show, Kim Jongguk explains how he got accepted by "THE Producers". When he first heard about acting in "THE Producers", he never imagined he would start a career in acting.

"It was Cha Taehyun who told me not to act," said Kim Jongguk. "But, this time since Taehyun was involved as well, he suggested me to work with him. He said "THE Producers" has the best team ever and I would like the role"

"Well, I asked the production crew later why they hired me. They said that they wanted to make some issues from my unprofessional acting performance," continued Kim Jongguk with a bitter smile.

And, when he got a love call from the Chinese production crew, he thought of continuing his career in acting for a second.