Ryeowook, "I could have been the leader of SHINee" [Yu Huiyeol's Sketchbook] 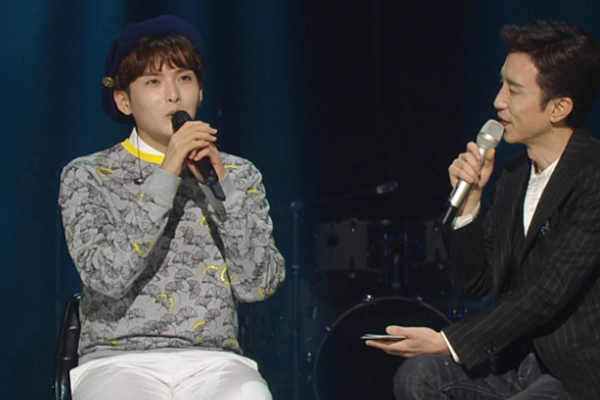 On today's "Yu Huiyeol's Sketchbook", Ryeowook visits the host, Yu Huiyeol, for the first time as a single.

Yu Huiyeol asks Ryeowook, "Before your debut, did you know that Super Junior has so many members?" And, to this question, he answers, "When I first heard about the idea, I didn't really like it. I thought, 'Would it be possible?' SM Entertainment had to choose whether I join Super Junior or SHINee. If I joined SHINee instead of Super Junior, I would have become the group leader of SHINee."

On the show, Ryeowook mentions about his new solo album, "It must have been very hard for you to find my part in Super Junior's songs. I would like to entertain you with my voice through this album."