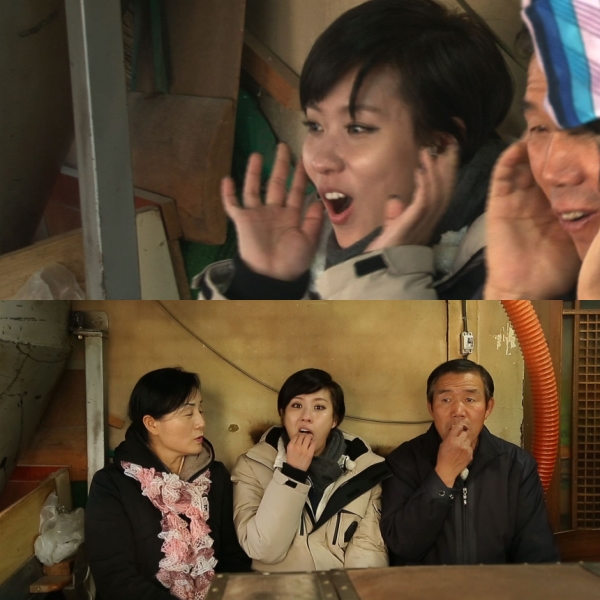 From the last episode of "The Human Condition", Stephanie showed her face with no make-up on.

Stephanie used to live abroad since she was young so she is more familiar with American culture. For this, the village headman and his wife want to show Stephanie Korean culture. They take her to one of Korea's traditional markets.

As they pass by Rice Puffs machine, Stephanie is surprised by the loud sound it makes. But, not long after, she becomes fascinated by how Rice Puffs are made and she makes some on her own.

Stephanie is a big star but is still easygoing. Check out how she is well liked by the people of Yeongwol.