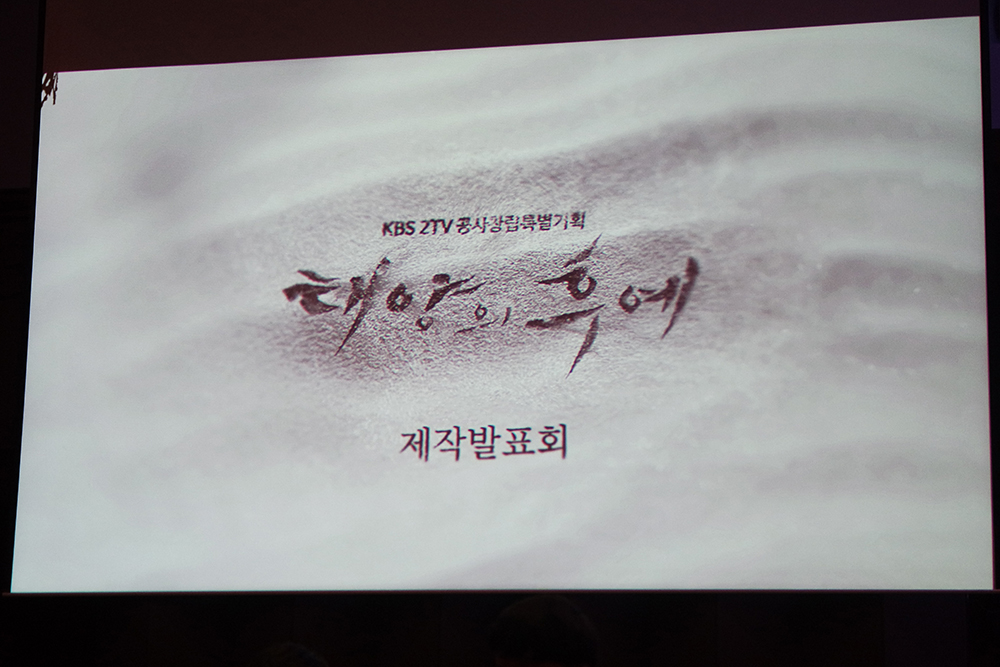 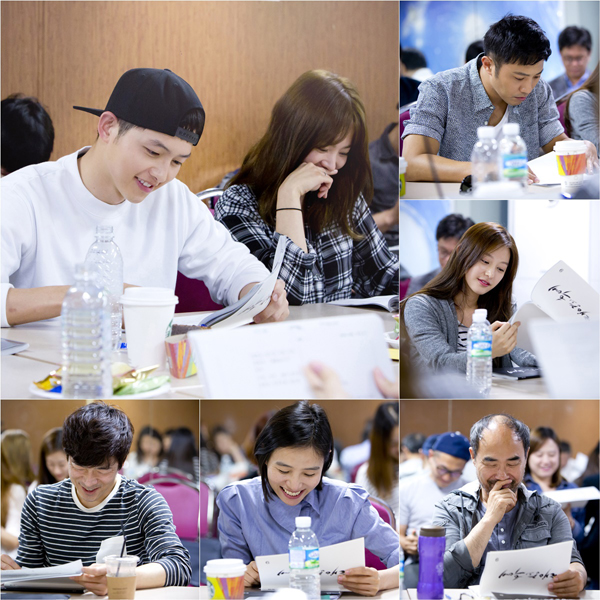 As seen in the synopsis, "Descendants of the Sun" is a melodrama about the young couples who want to protect their love from extreme conditions. It was 100 pre-produced and will be airing both in Korea and China, which is something they are trying for the first time. 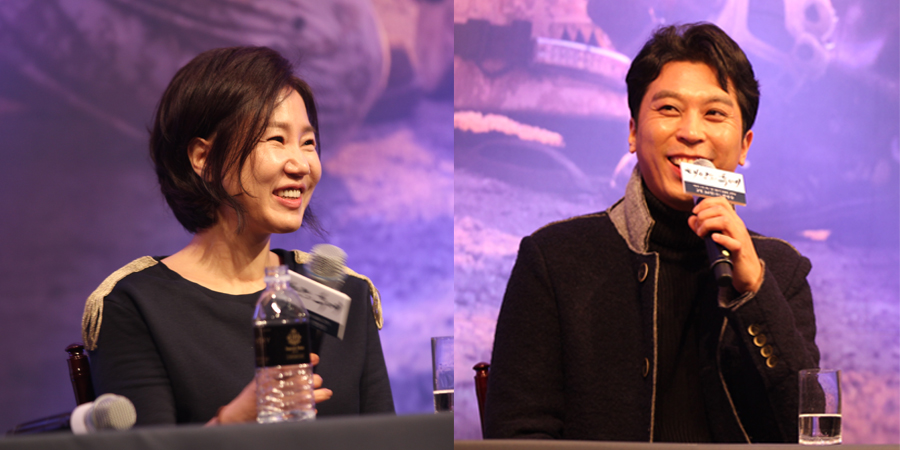 What's more, the drama is highly anticipated by many fans because of the staff. Kim Eunsook, on the left, is a very popular writer who wrote "Secret Garden", "Lovers in Paris" and "The Heirs". Lee Eungbok, on the right, was the director of "Dream High" and "Secret Love". These great crew all worked together to make the drama "Descendants of the Sun".

The press conference was crowded with reporters from Korea including our team and China. Fans of Song Joongki, Song Hyekyo and especially, Onew came to see their stars as well. 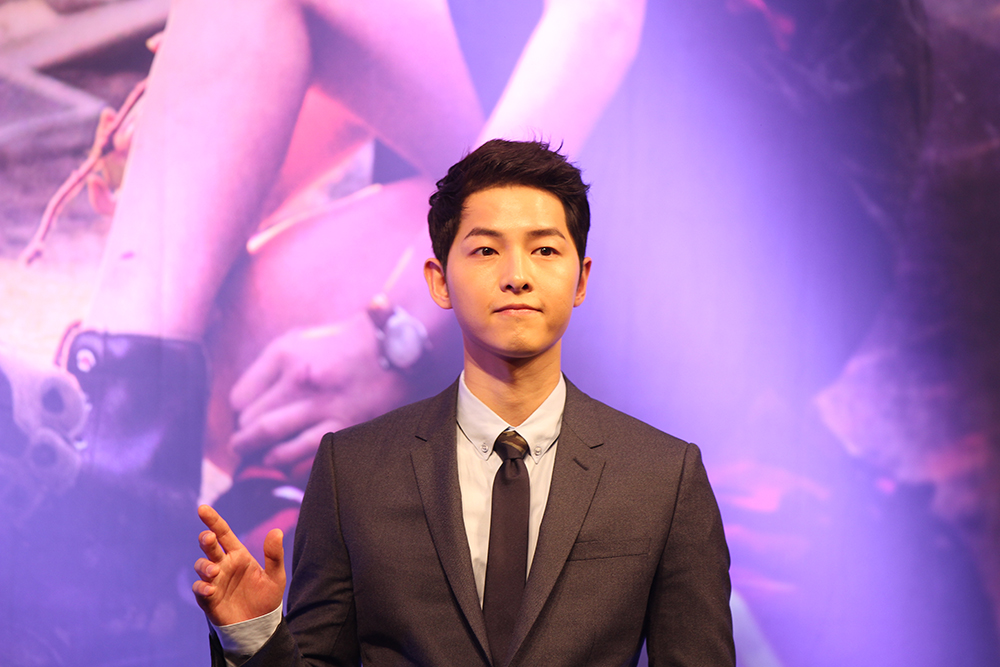 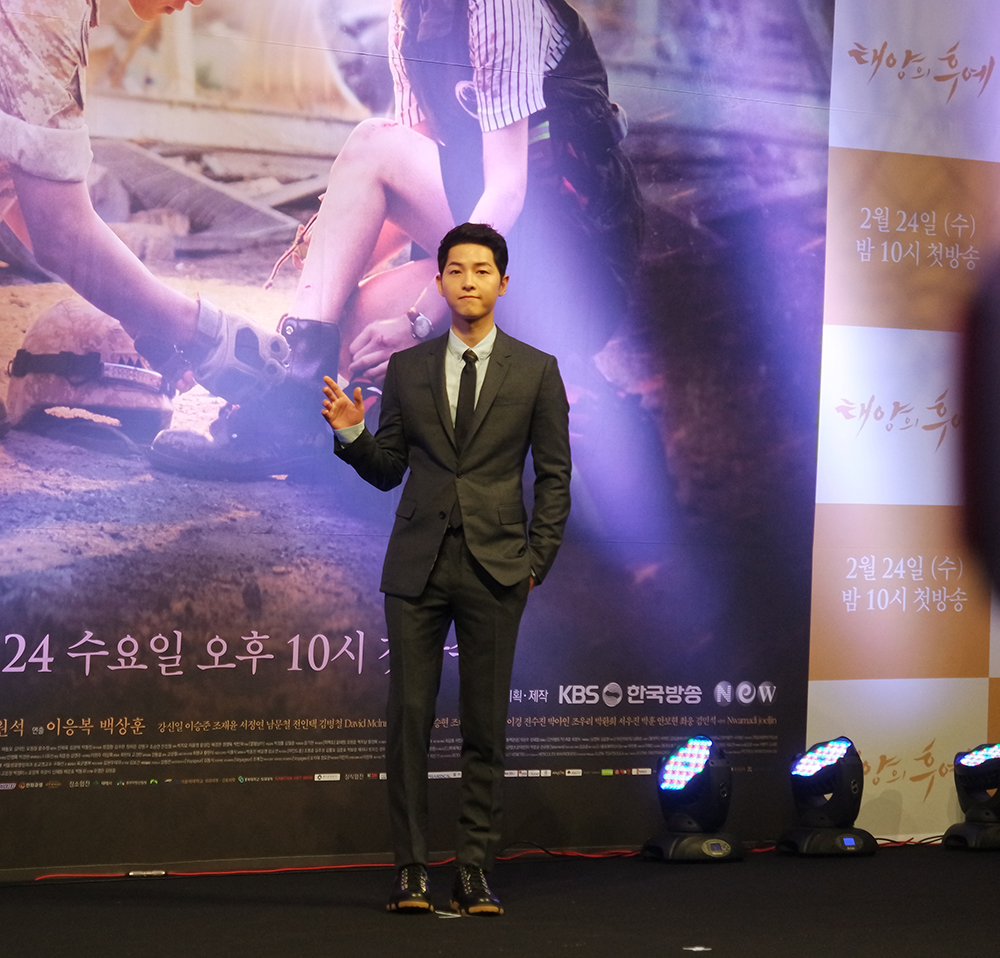 After watching a highlight video clip, it was finally the photo time. First, we had Song Joongki. As he just got back from the military, he looked more manly. 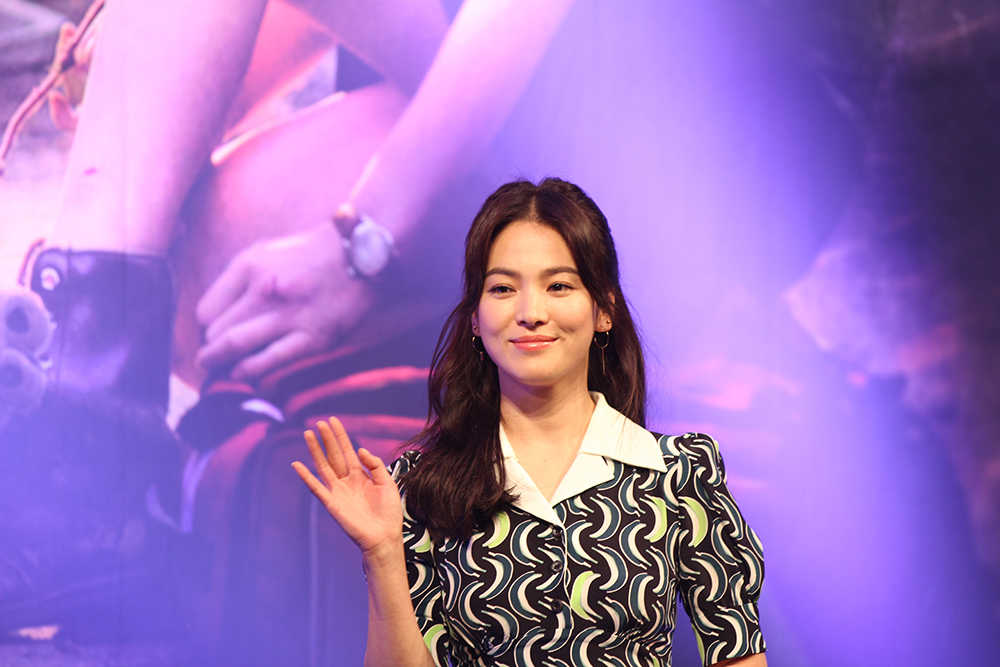 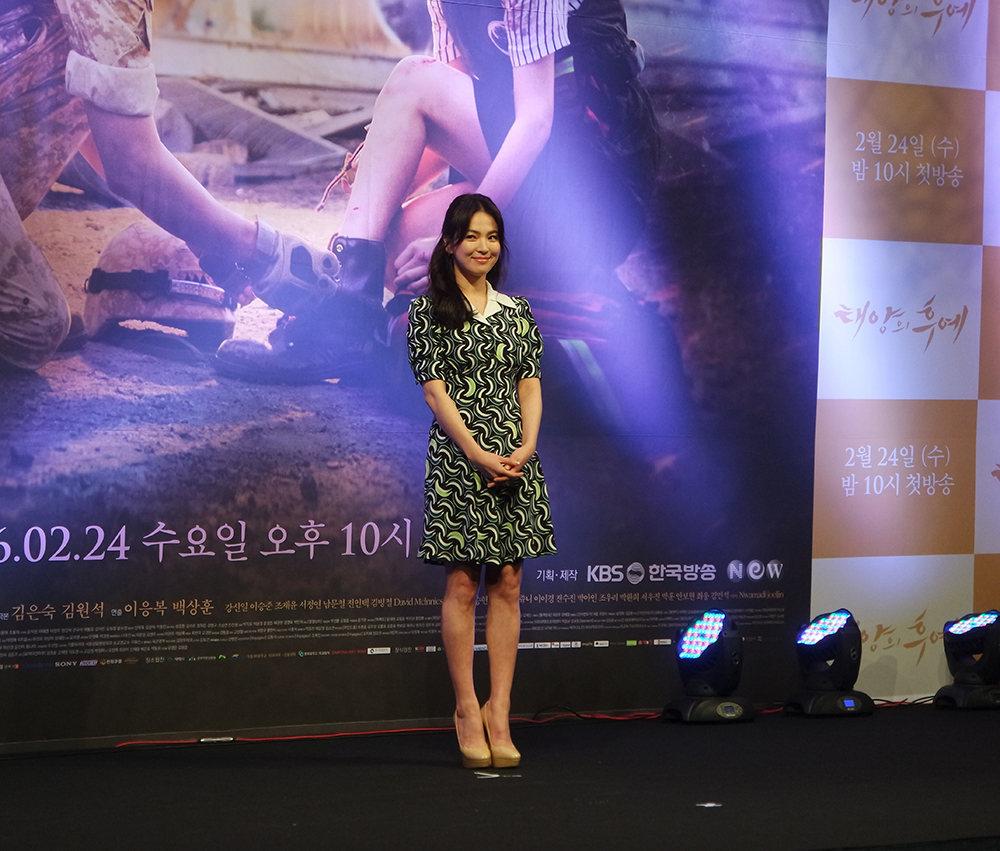 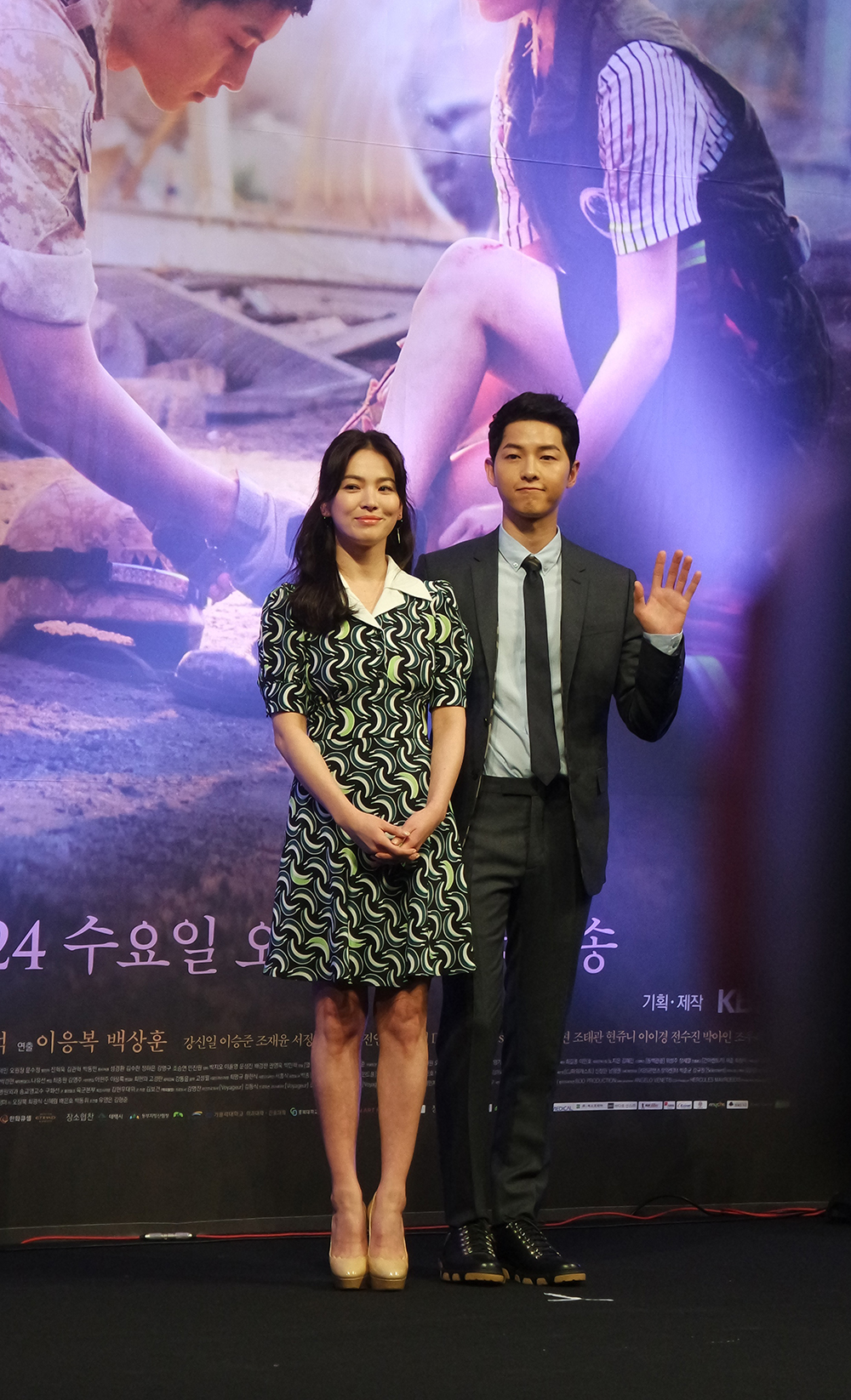 Then, we had beautiful Song Hyekyo. Her outfit was perfect, in her black and white dress. Look at this lovely couple! 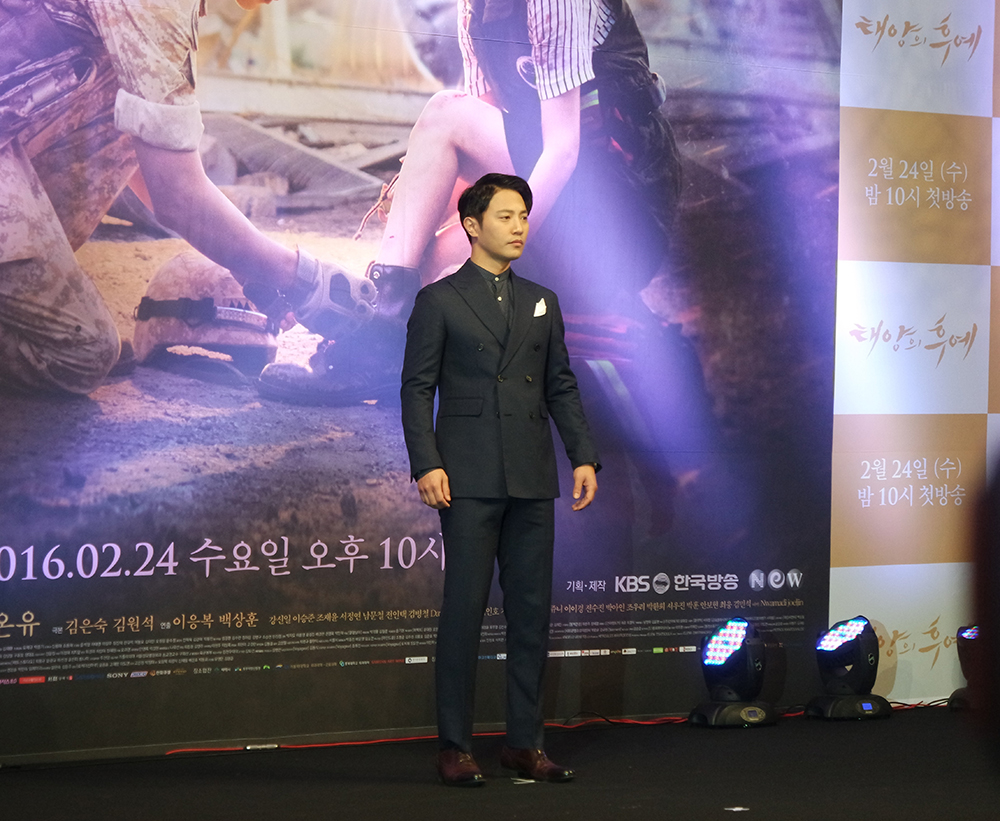 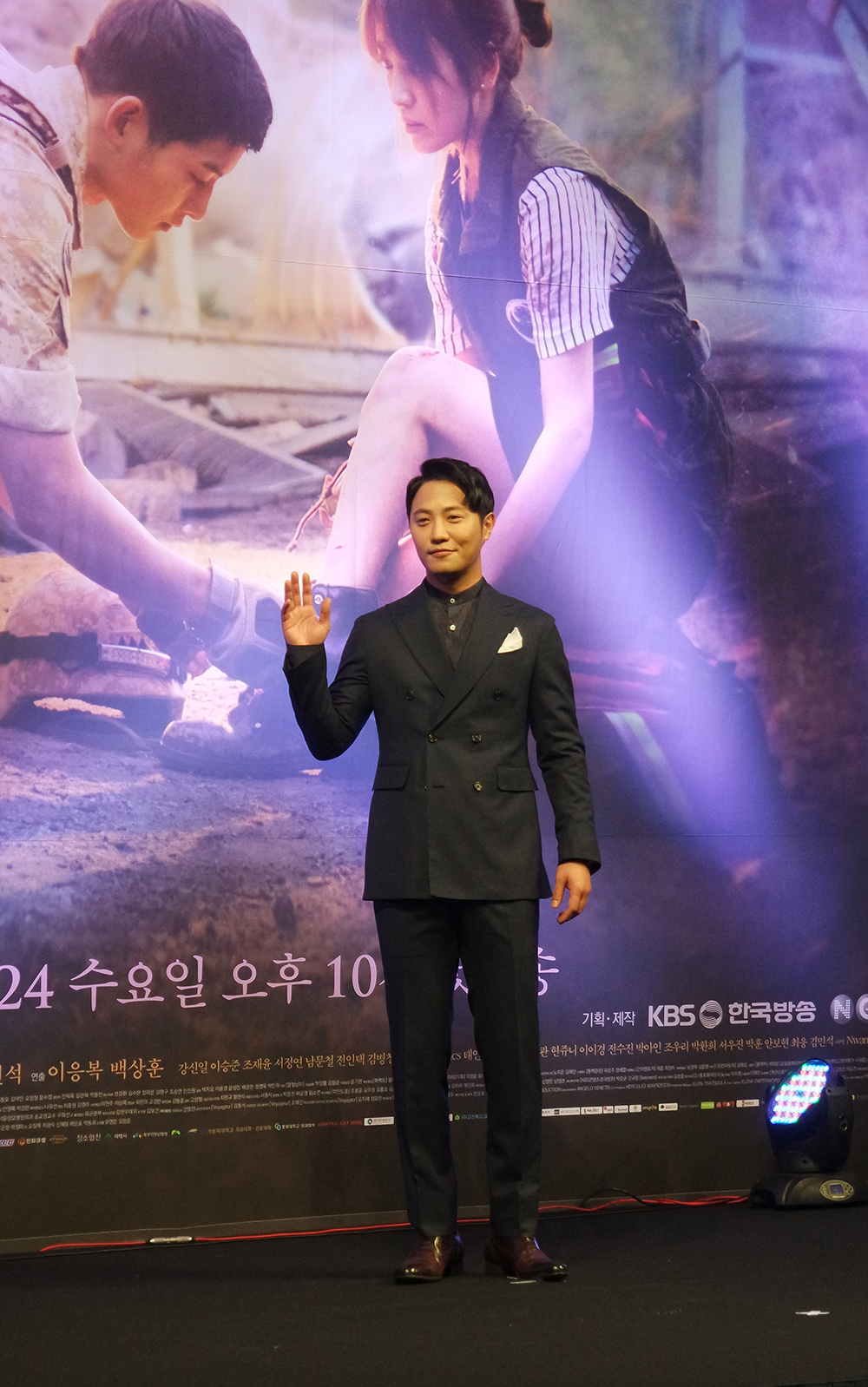 Next was Jin Goo. When he stood in front of us, he probably wanted to make us laugh because he made this soldier-like stance. 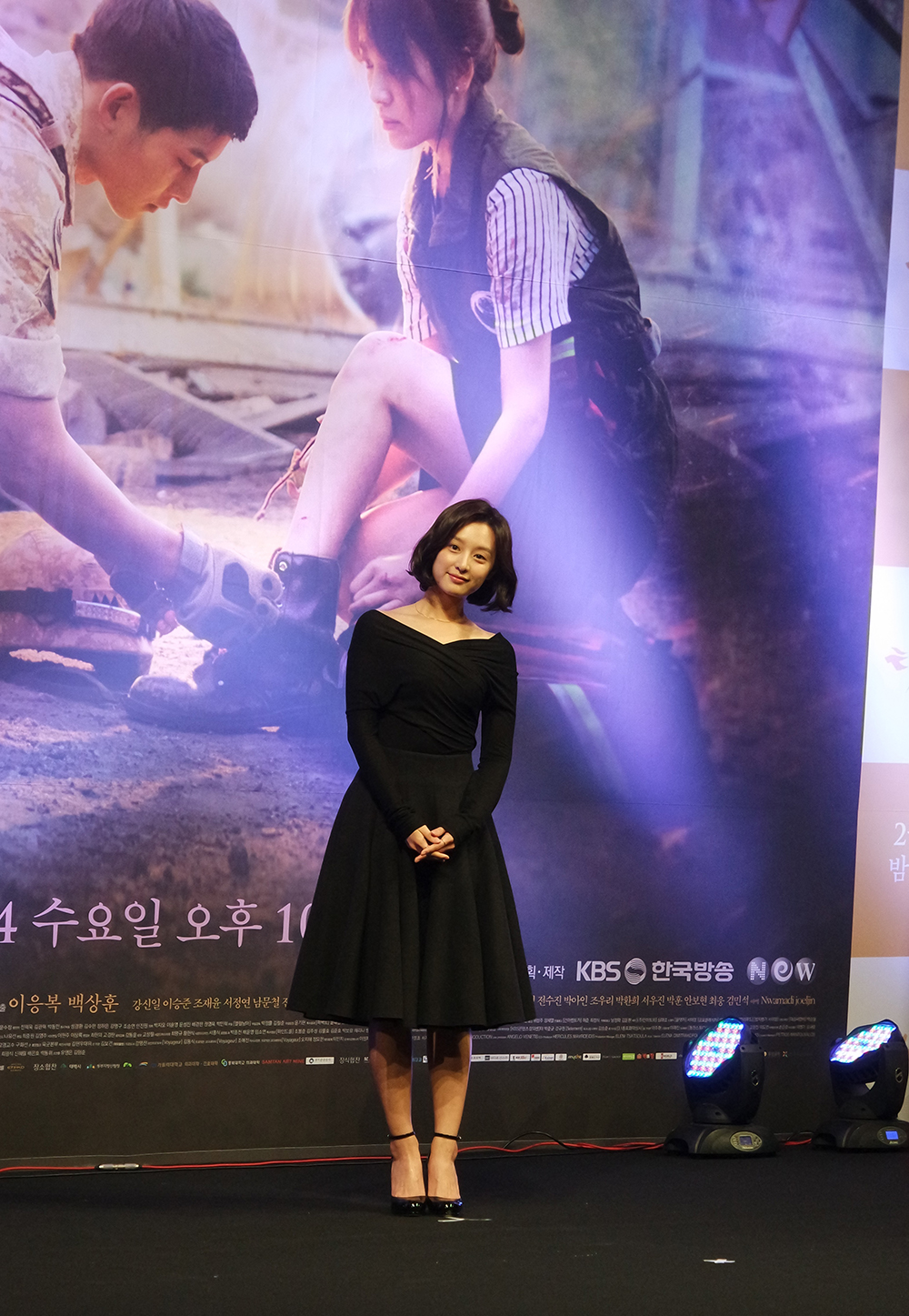 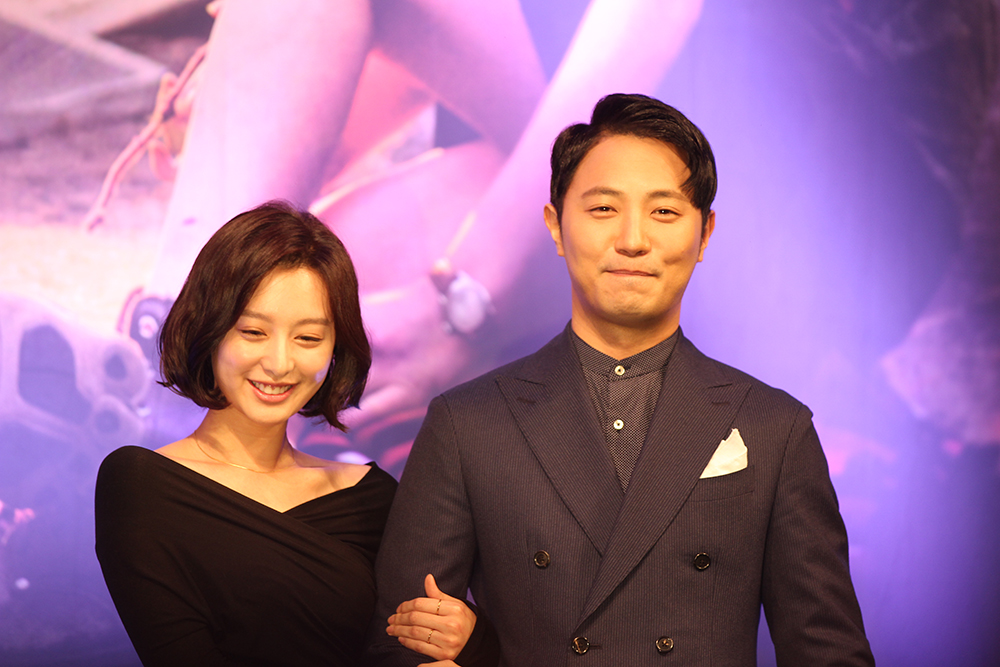 As actress Kim Jiwon appeared in front of us, she smiled very brightly at the cameras. This is her second time to be on writer Kim Eunsook's drama. 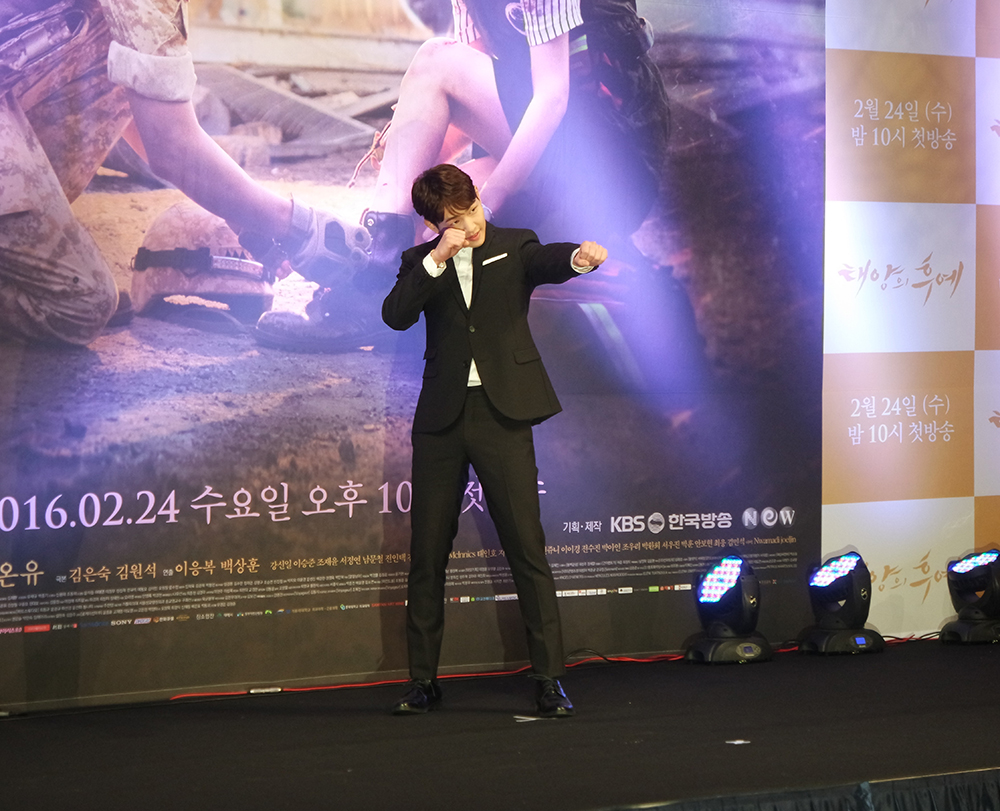 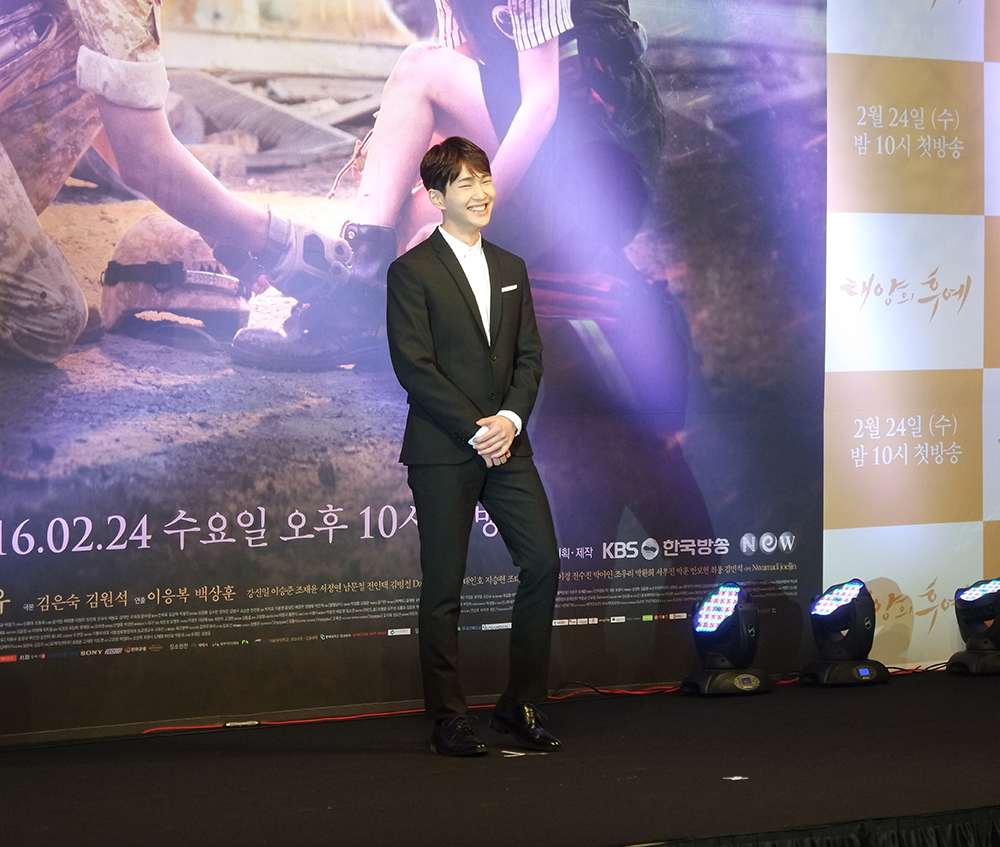 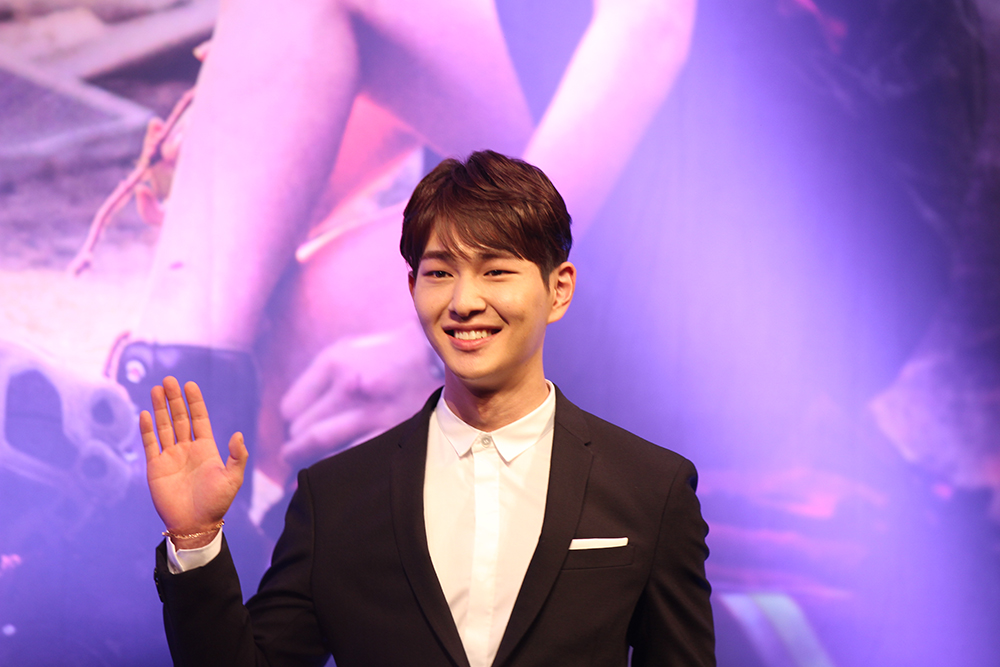 And, finally it was Onew's turn to come out. He was definitely the mood maker at the conference. As he walked up to the stage, he showed his boxing skills, which made everyone laugh. 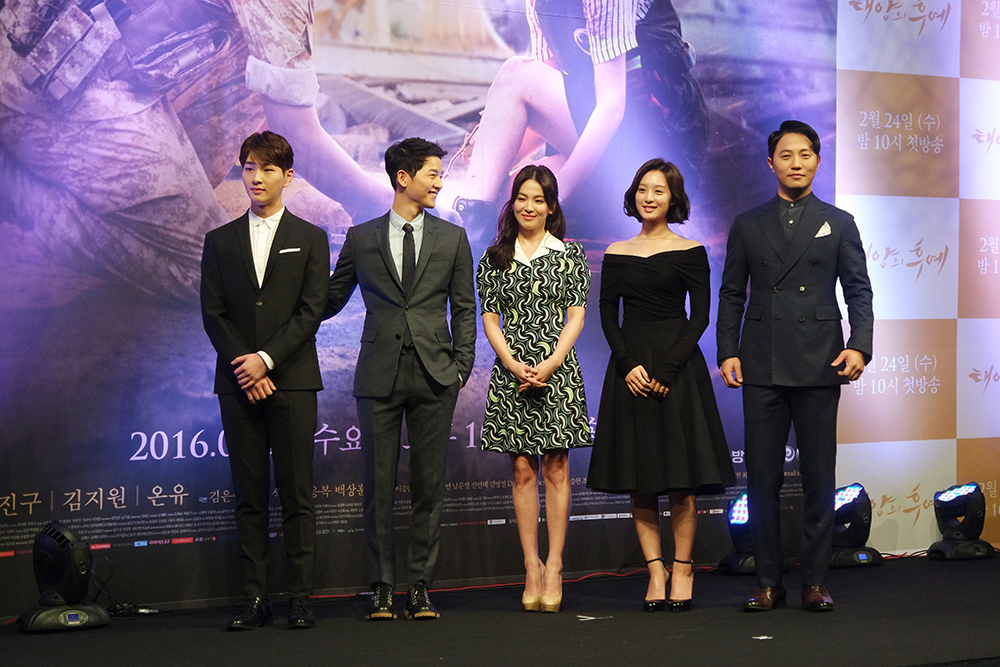 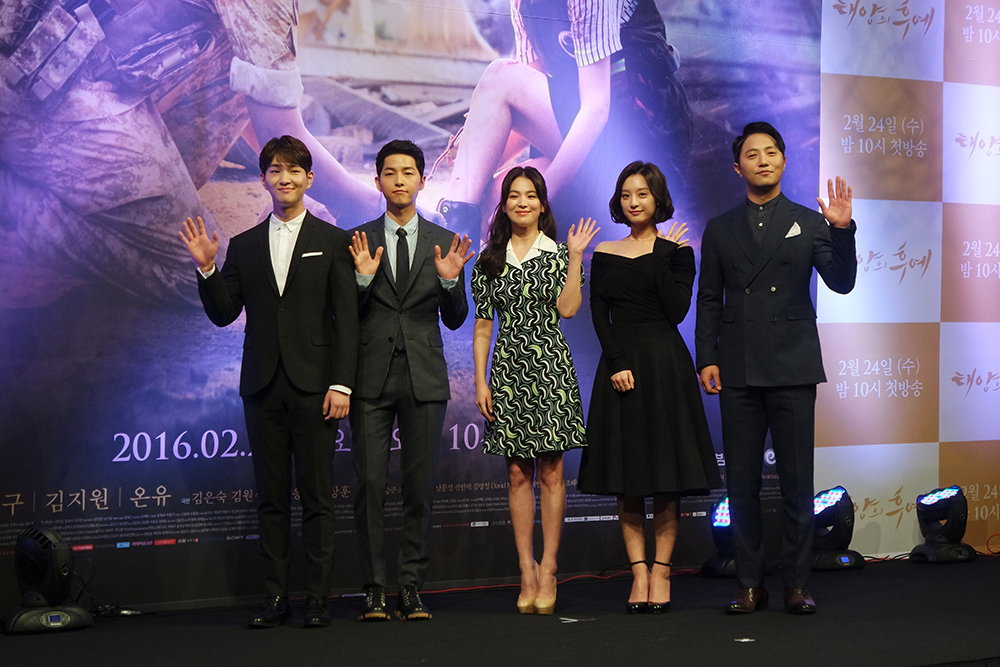 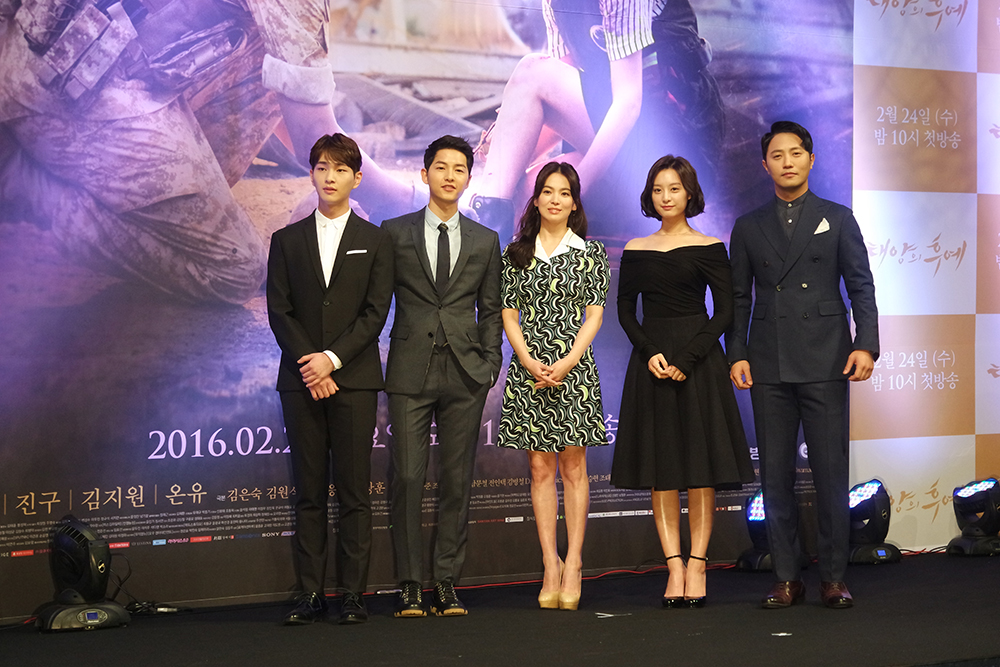 Look at these great actors and actresses! They look stunning! We are all excited to see them in one drama, starting from March 2nd! 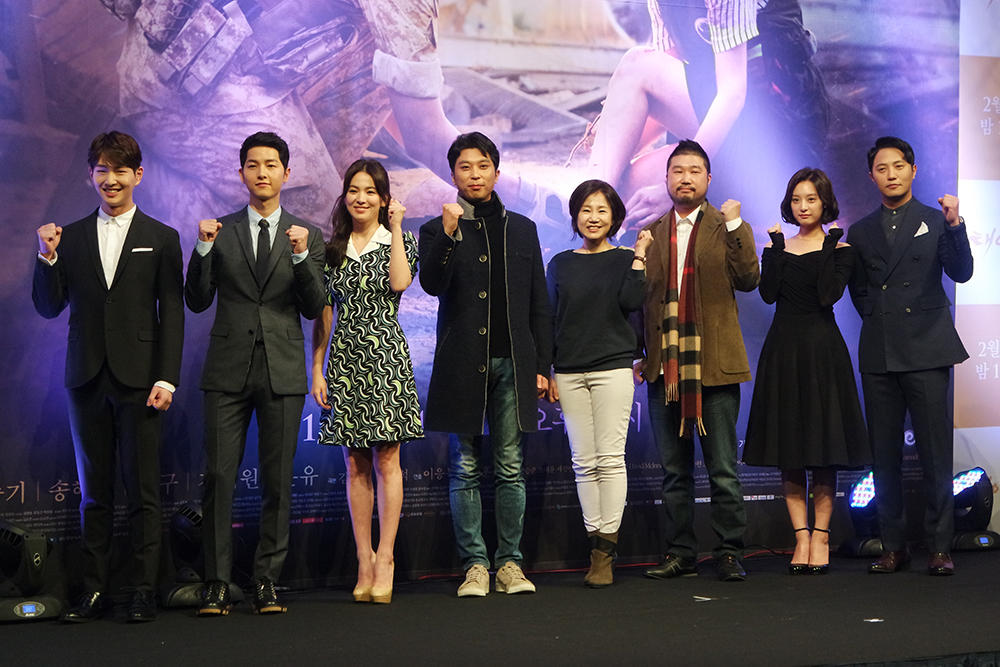 Give support to "Descendants of the Sun"!