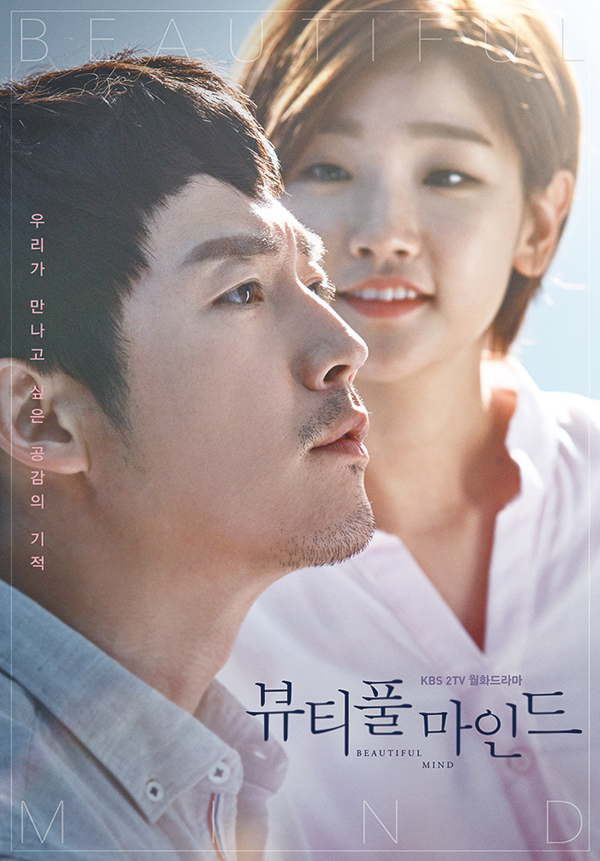 'A Beautiful Mind' is a medical drama, focusing on the main character, Lee Yeongo. Lee Yeongo is an excellent doctor who lacks emotions. But, he starts to make some changes to himself. How he recovers his humanity will be the key point of this drama. According to the director, he is excited to make a medical-mystery drama with such great actors and actresses. Moreover, 'A Beautiful Mind' is written by the writer of 'Sungkyunkwan Scandal'.

Actor Jang Hyuk will be playing Lee Yeongo, a 36-year-old assistant professor at the department of neurosurgery. He is already well known for his acting performances through various KBS dramas. How he will draw a doctor with such strong characteristics is what we all want to find out.

Rookie star Park Sodam has turned into a traffic policewoman, Gye Jinseong. Her character is interested in solving mysterious cases that are occurring at Lee Yeongo's hospital. She said that it is an honor for her to work with such great partners. She looks forward to growing up as an actress with more experiences.

Actor Huh Joonho is returning to the screen after many years for this drama. It has been a long time to work with Jang Hyuk since their last movie 'Volcano High School'.

Actor Yoon Hyunmin, who starred in many dramas, has the role of Hyeon Seokju. When he was questioned about his role, he made an answer, "It is my first time to act as a doctor. And, it is not just a doctor. Hyeon Seokju is a competent doctor with a warm heart. When I portray the character, I try to become the doctor everyone wants."

Park Seyoung is playing the role of Kim Minjae who is also the doctor. And, this is her second time to be casted in the same drama with Yoon Hyunmin. She commented, "It is my first time to be in a medical drama as well. First, I was worried because I knew I would have to speak very difficult words in order to act as a doctor. But, now, I am thinking that this could be my chance to become more mature."

The drama is scheduled to air every Mondays and Tuesdays at 21:50 on KBS World, starting June 27, 2016. So excited for this upcoming drama!