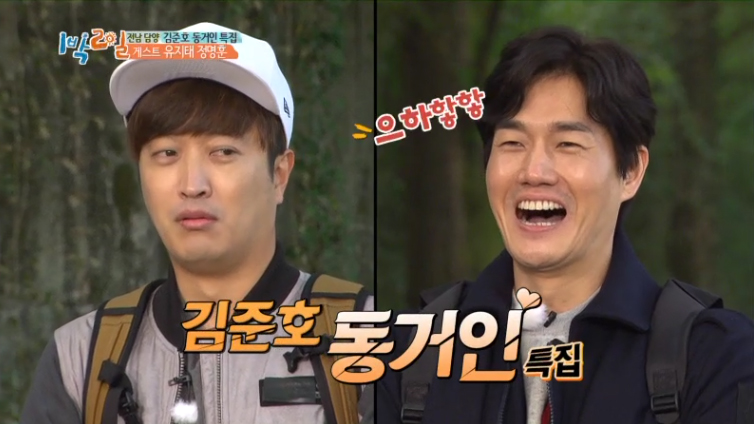 This week's 'Two Days and One Night' is 'Hello, Junho's Friends' special. Actor Yoo Jitae and comedian Jeong Myeonghun will be with the members in Damyang for this week. 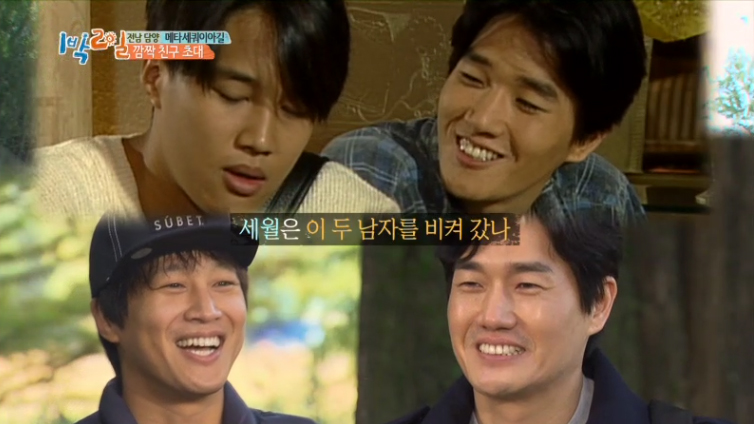 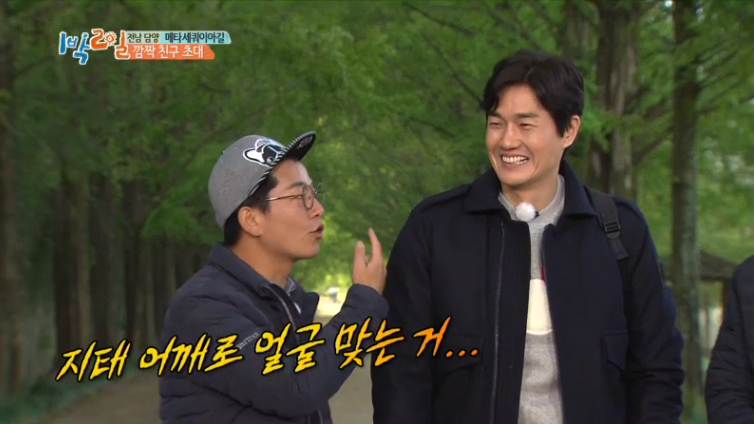 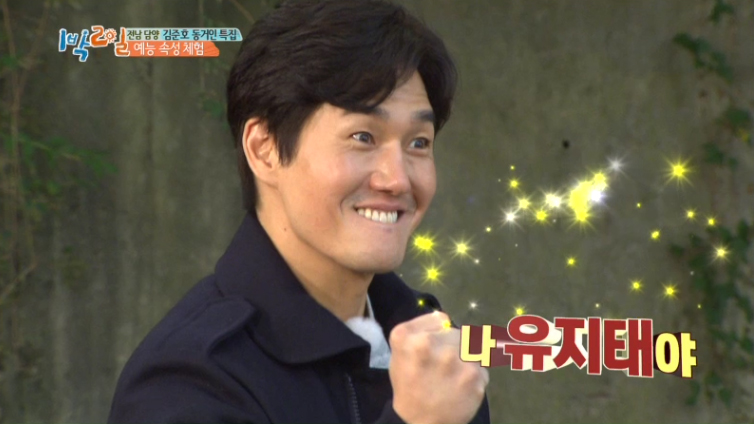 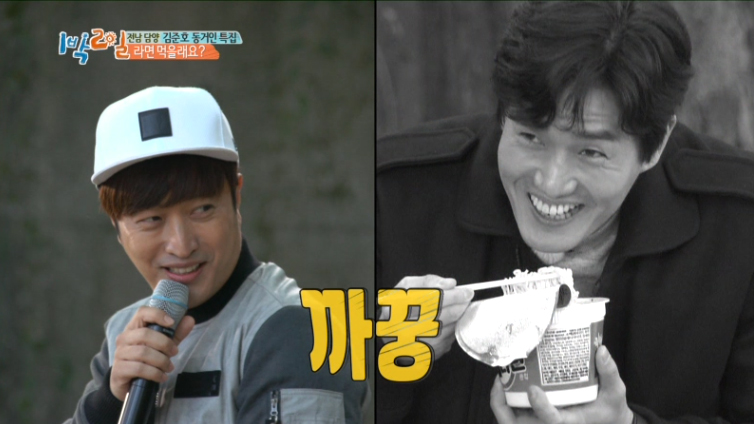 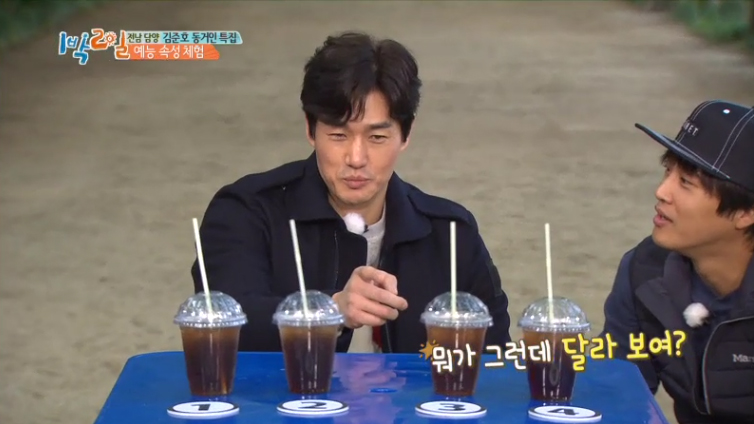 To help him adjust quickly to an entertainment program, they play several games together. Although he's not so good at first, he tries his best to win. 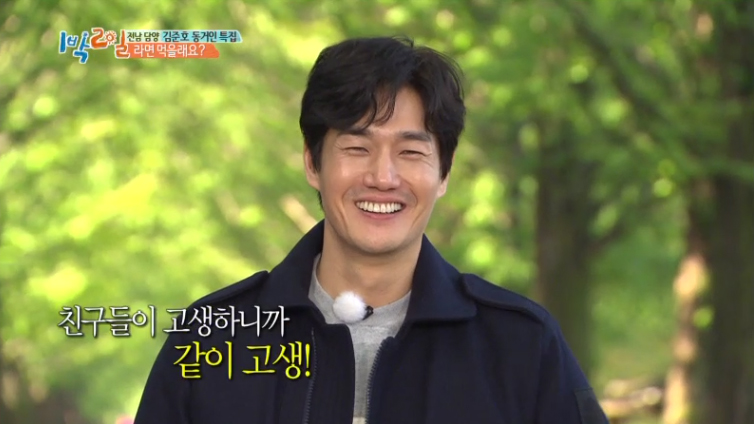 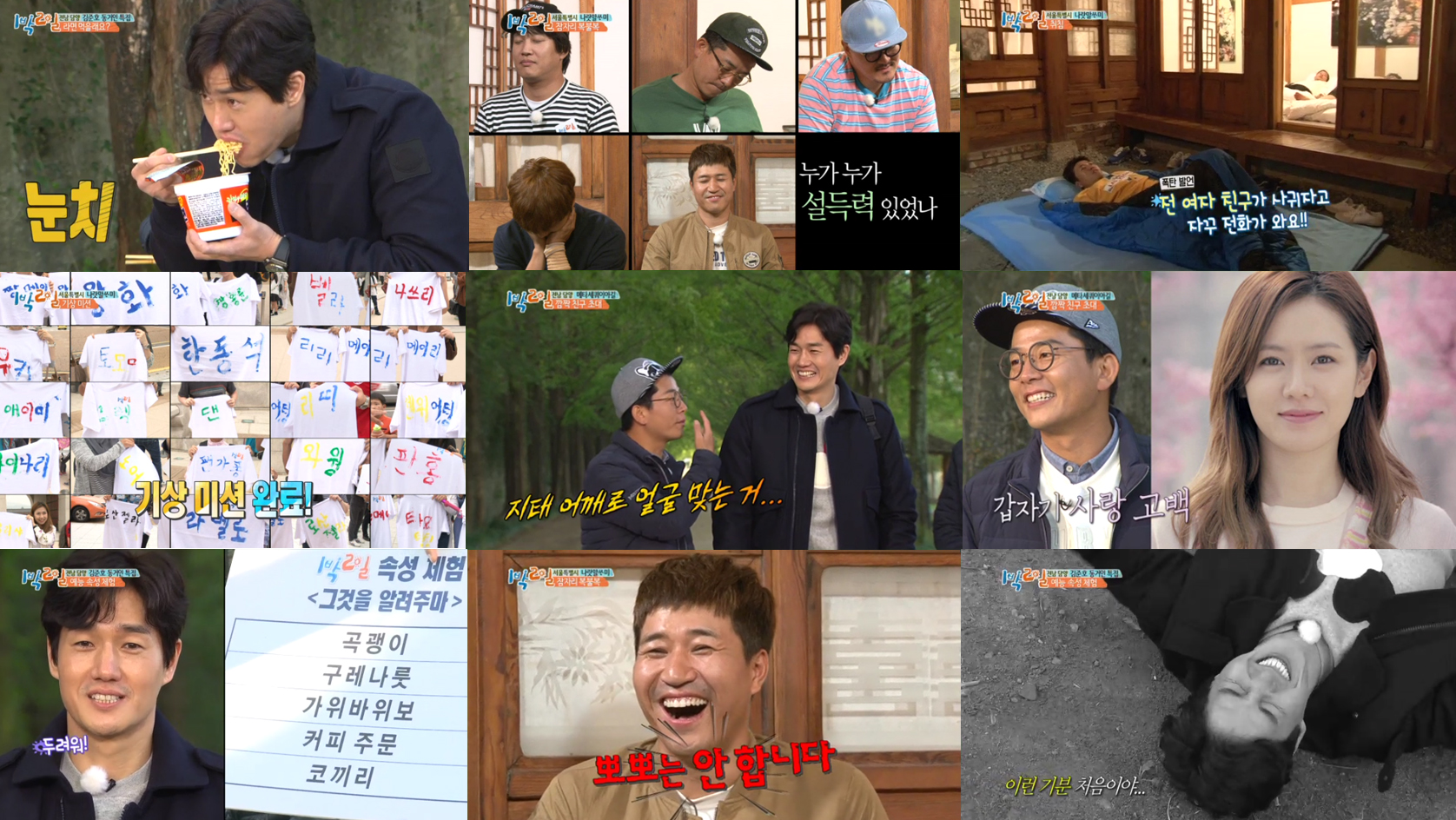 His powerful presence will definitely captivate this week's show!

[Two Days and One Night]