Fresh start! Take a look at their script read-through! [Fight For My Way]

KBS new drama 'Fight for My way' has revealed pictures from their full cast script read-through. 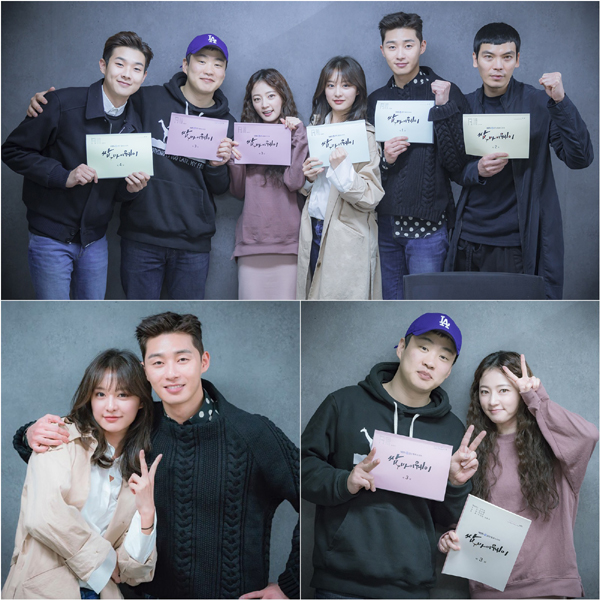 On March 24, Park Seojun and Kim Jiwon, the main cast members of the drama, attended the event with the director. An Jaehong, Song Hayun, Kim Seongo and Choi Usik also joined them. According to the staff, they couldn't stop laughing during the script reading.

The director said, "As the story mainly talks about young people, please talk freely of what you all think." The drama will focus on the characters' individual growth and, of course, romance.

Since 'Hwarang' ended, 'Fight for My Way' will be Park Seojun's next drama. He will be playing Ko Dongman here. For Kim Jiwon, back from 'Descendants of the Sun,' she will be playing Choi Aera. These two characters will go from friends to lovers!

'Fight for My Way' will premiere, following 'Ms. Perfect,' on May 16th. The actors and actresses are already going into preparations! Can't wait!