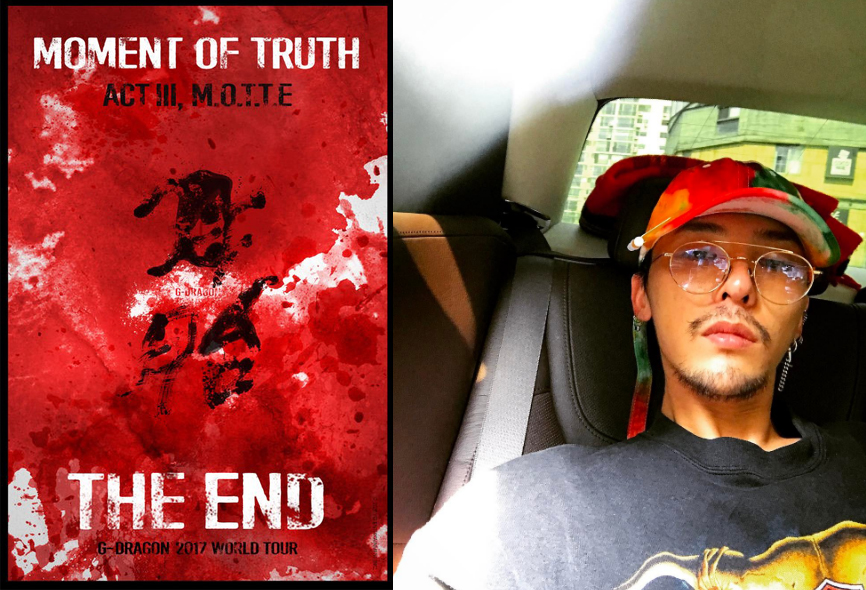 According to YG Entertainment, starting with a concert at Seoul World Cup Stadium, G-Dragon will kick off the tour. He will also travel to seven American cities, including Seattle, Los Angeles, Chicago, New York, Houston, San Jose and Miami, and also stop by Toronto, Canada. He is off to Macau, Singapore and Bangkok, and later at four cities in Australia and New Zealand. He plans to announce additional shows in the near future.

This will mark G-Dragon's third solo tour, previously holding 'Shine a Light' in 2009 and 'One of a Kind' in 2013 respectively.

Following his concert preparations, he's working on his final solo album before joining the army.

For everyone from all around the world wanting to see G-Dragon, this will be a good chance to meet him in person!