Members of 'Idol Drama Operation Team' talk about the hardships of being a trainee. 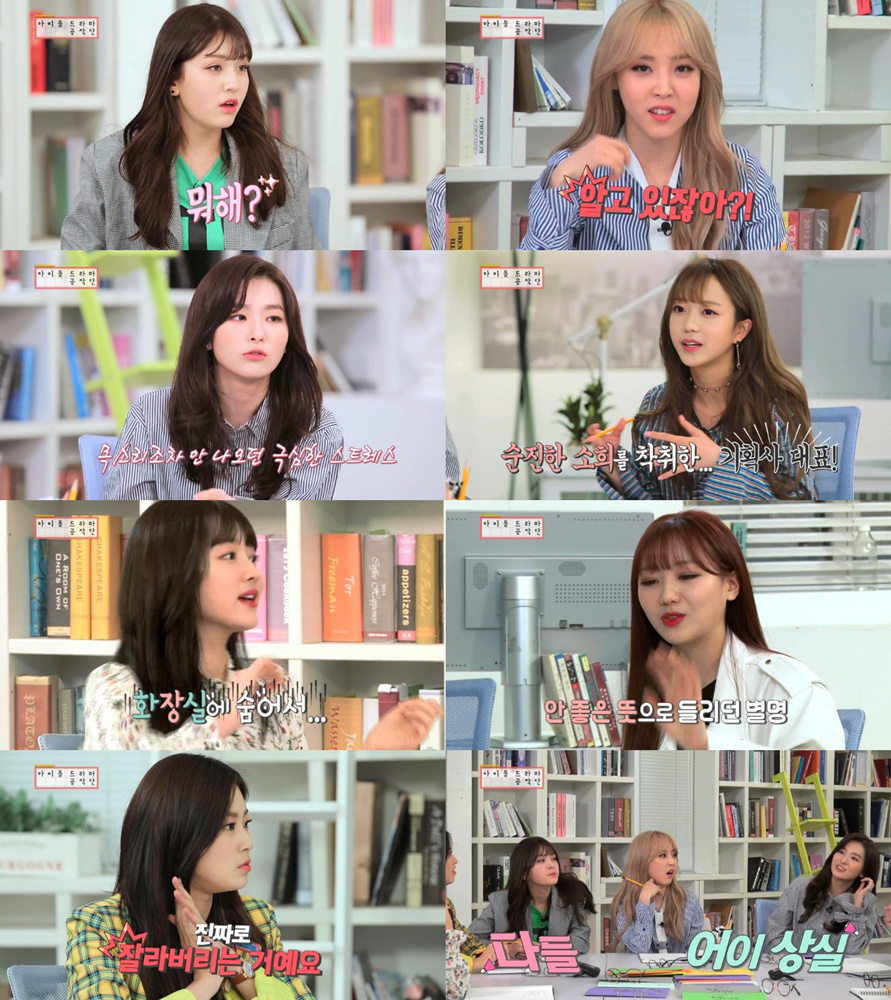 The seven members attend a scriptwriting meeting. They decide to make a drama based on their own stories of how they were trained and how they debuted. Each share their anecdotes. The future is dim especially for idol trainees because they never know when they're going to debut.

Seulgi talks about her anxiety when she was a trainee. Sohee was exploited by her former agency!

Another problem is having to manage their figure. D.ana had to achieve a certain weight every day. YooA and Somi were so hungry, but they feared getting caught by the agency's employees, so they ate secretly inside the bathroom stall.

Wow, these girls had to go through so much stress!

In 'Idol Drama Operation Team,' seven girl group members make a drama on their own, from writing the script to acting.