SM is the first entertainment company to hold an audition in Latin America. 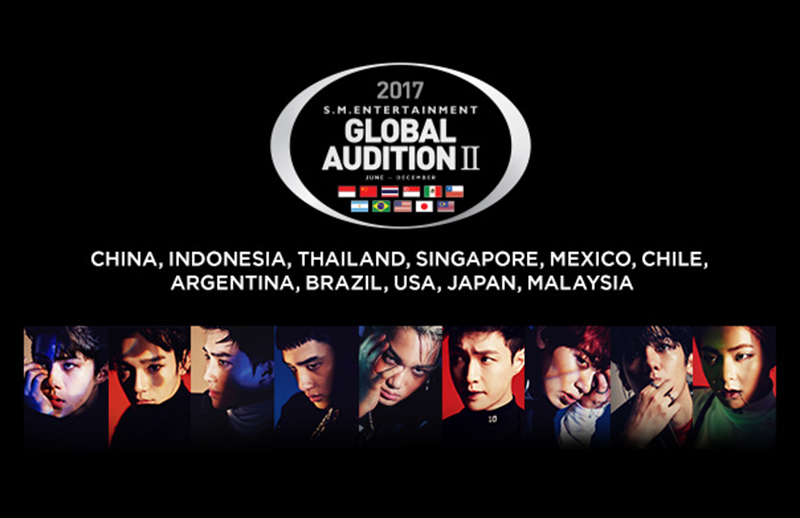 S.M. Entertainment (SM), who has discovered and produced some of the biggest K-pop stars such as Kangta, BoA, TVXQ, Super Junior, Girls’ Generation, SHINee, f(x), EXO, Red Velvet, and NCT, is holding '2017 S.M. Global Audition - Season 2' in the second half of 2017.

'2017 S.M. Global Audition - Season 2' is scheduled to take place from June 24th to December, for approximately 6 months, in 27 cities in 11 countries all over the world including the United States, Brazil, Mexico, Chile, Argentina, Japan, China, Singapore, Thailand, Indonesia, and Malaysia. It is expected to spark an interest among global fans.

'2017 S.M. Global Audition - Season 1' took place in the first half of 2017 in 25 cities in 6 countries with much success. As the audition is being held in a total of 42 cities in 13 countries around the world throughout 2017, it is likely to generate rising stars of different nationalities such as Asia, North America, and Latin America.

In particular, it is the first time for an entertainment company to hold an audition in Latin America. In Brazil, the audition is sponsored by the Korean Cultural Center, and auditions will also be held in Mexico, Chile, and Argentina. In Indonesia, where the audition is scheduled for July, there are already over 40,000 applicants.

There are five categories of the audition: vocal, dance, acting, modeling (fashion/ commercial film), and songwriting. Anyone can participate regardless of nationality, gender, or age. Considering that outstanding participants will get an opportunity to sign an exclusive contract with SM, enthusiastic participation of those who dream of becoming global stars is expected.