'Fight' The end is near! Keywords: #dream #romance #Hwang_bokhui [Fight for My Way]

There are only 4 episodes left till the end of the drama, and here are some key things to watch for!

Although he abandoned Taekwondo because of match fixing, Dongman challenged himself to be a mixed martial arts fighter saying "it's all or nothing." He won in just 19 seconds in his debut match. Aera is the most excited when she holds a microphone in her hand. She became interested in becoming a professional announcer for mixed martial arts. Dongman decides to fight a match Kim Taksu who's been haunting him for 10 years, and Aera has discovered a new world called mixed martial arts announcer. Will they be able to achieve their dreams?

Seolhui knew that Juman had his eyes on Yejin, but she kept it to herself because she didn't want to lose Juman, who meant the world to her. But when Juman slept over at Yejin's house, Seolhui finally breaks up with him saying, "You killed me every second all night long." Even though Juman apologizes in tears, Seolhui turns away coldly. Their six-year relationship has come to an end. What could await them in the future?

We thought she was a simple landlady, but it turned out that she's a woman of considerable wealth who can even demand the permanent resignation of the department store VIP who made Aera get down her on her knees. Moreover, she purchased Jangho's gym that was struggling financially. She came all the way down to Daecheon to oppose Dongman and Aera sharing the same room. When she saw Dongman's father Hyeongsik, she quickly hid herself and said "Oppa." She is full of mystery! 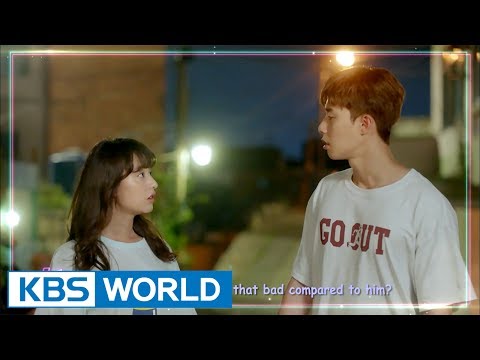