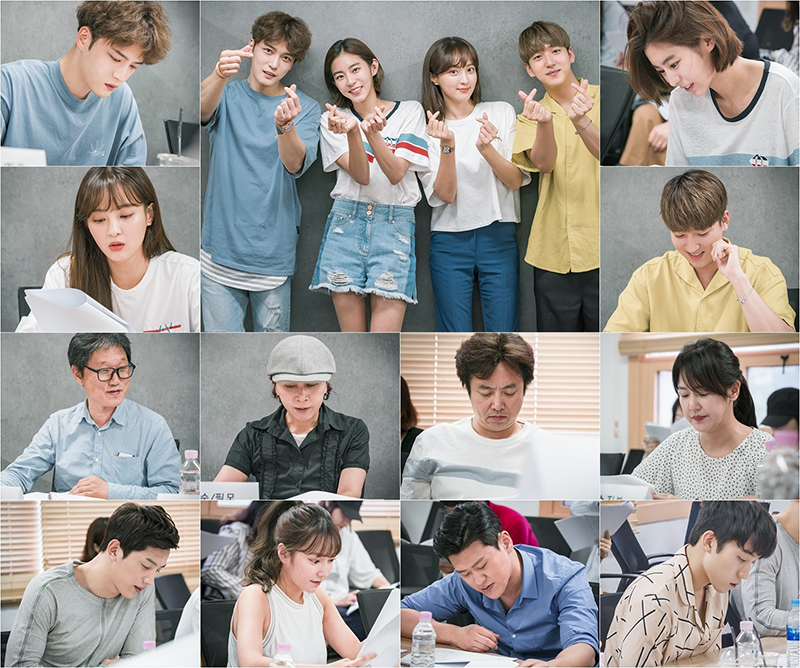 'Manhole' is a "random time-slip" comic adventure drama that features the insane time travel of Bongpil, who accidentally falls into a manhole.

Kim Jae Joong has chosen to make his comeback with 'Manhole' after being discharged from the army, and he's going to show a dramatic change in acting style. He will play Bongpil, a real oddball who is also jobless. Bongpil's character is not easy to portray, but Jae Joong had thoroughly analyzed his character and acted it out vividly. He didn't hold back in being silly either.

U-ie was totally immersed in her role as 'Sujin' as well. Sujin is Bongpil's crush for 18 years, and she is the "goddess" in the neighborhood. You can look forward to the chemistry between U-ie and Jae Joong!

The actors burst out in laughter as they read out the script filled with hilarious lines.

After the script reading meeting, director Park said that he had never laughed so hard during a script reading before. He promises that the drama contains stories beyond everyone's imagination, and 'Manhole' will be a refreshing drama for the summer.