TWICE 'KNOCK KNOCK' is 2017's most watched K-POP MV on YouTube, followed by BTS 'Not Today.' 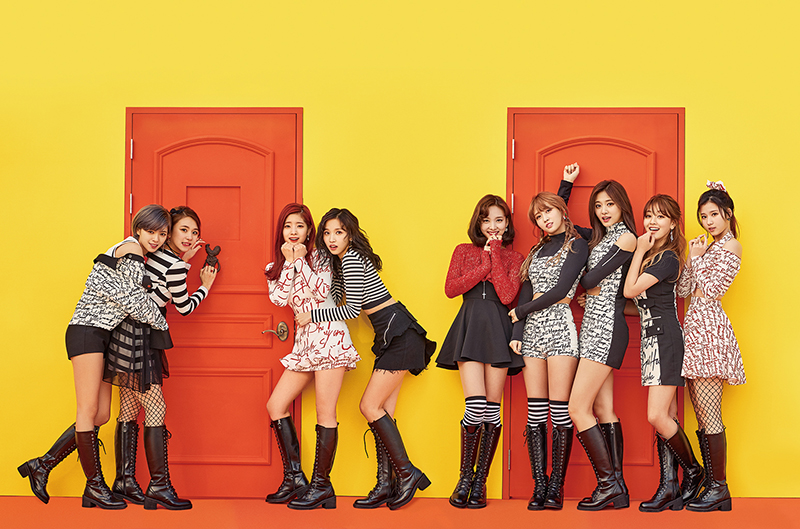 According to the data released by YouTube, the most popular K-POP music video counted from November 26th, 2016 to June 25th, 2017 is 'KNOCK KNOCK' by TWICE. 'KNOCK KNOCK' has reached over 100 million views. TWICE's 4th album title 'SIGNAL' also ranked 6th in the chart, proving the group's popularity. 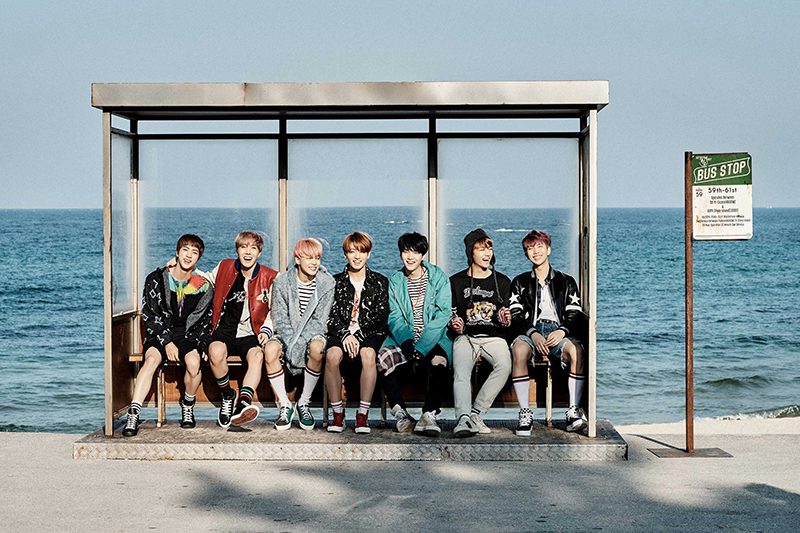 BIG BANG also showed their undiminished power by ranking 3rd and 7th with their songs 'FXXK IT' and 'LAST DANCE.'

'Stay With ME' by Chanyeol of EXO and Punch was the sound track for the drama 'Goblin,' and it was the only drama sound track that made it to the chart.

Can't forget the global star PSY! The double titles of his 8th album 'New Face' and 'I LUV IT' both ranked 8th and 9th.

Congratulations to all the artists and their fans for this great achievement! 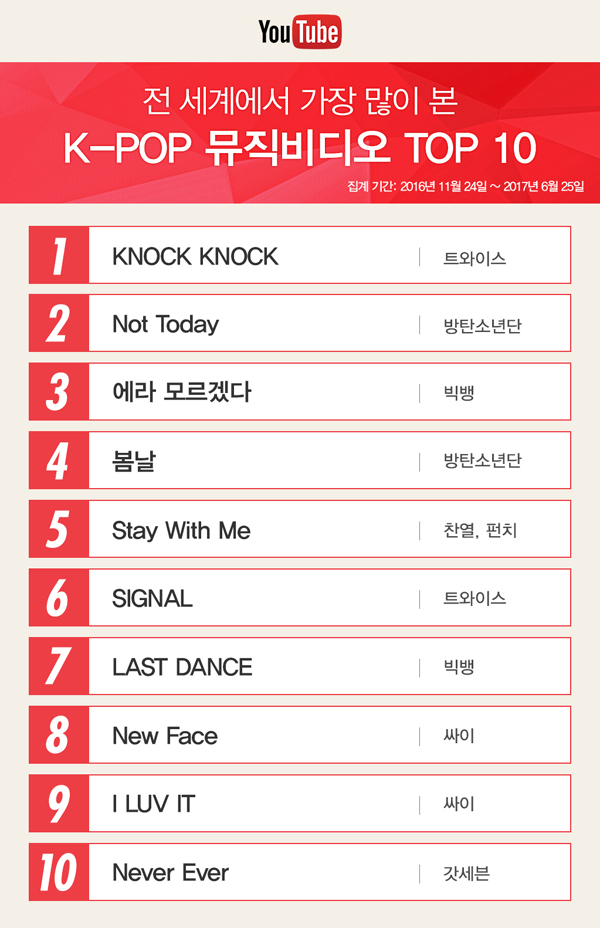