IU just starts her first official fan club in 9 years after her debut. 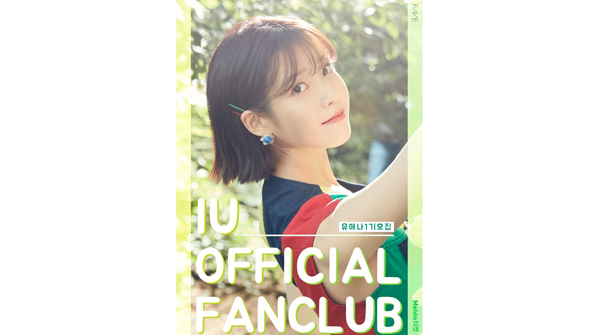 According to Fave Entertainment, from July 17th to August 6th, IU’s fan club named ‘UaeNa’(meaning ‘love between you and I’ in Korean) will recruit club members. Though there wasn’t an official ‘fan club’, many of IU’s fans have volunteered for good works such as fund-raising and mural painting with a supporting message for IU.

The first members of UaeNa can be prioritized in participating IU’s official schedule like single concert and fan meeting with their special member cards and goods.

Check this out through ‘melon ticket’ if you are interested in!