'School 2017' will discuss the student record, which is the hottest issue among students and schools in Korea these days.

In episode 3, the school principal Yang Dojin will implement a compensation system in order to catch suspect X. This system imposes reward and penalty points to students based on reports by other students. Students struggle to avoid receiving penalty points, and this will bring a chaos to Geumdo High School.

The students are eager to earn reward points, and some want to give others penalty points. There's a heated competition in the school. Eunho was never interested in her grades, but when she hears about this system, she goes to the principal and asks him, "You promised, right? That you'll erase all of my penalty points if I catch X?" What is this "student record" that has turned the school upside down?

The staff stated that as major universities have adopted student-centered admission system which puts emphasis on the student's record, cover letter, and recommendation letters over the entrance exam scores, the importance of student record is increasing. Therefore Eunho, who aims to enter Hanguk University with the webtoon contest, cannot ignore those penalty points.

Will Eunho or other students catch the suspect X? 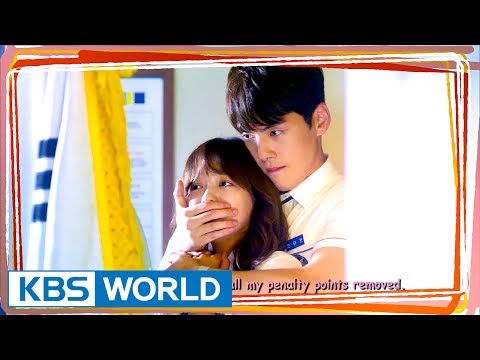