'School' Eunho is bullied by the entire school because of X! [School 2017]

Eunho has become an outcast. She receives threats and cold stares. Does she deserve this?

Copycat crimes of surge in the school. The principal Yang Dojin accuses Eunho as the accomplice of X and offers to eliminate all of her penalty points if she finds the real culprit. Eunho needs a good student record to enter Hanguk University, so she begins to hunt down X. Because of the note she found in her locker that says "Taeun and Dahwi were not in the auditorium," Eunho suspects those two boys.

To suppress the copycat crimes, the principal implements a reward and penalty point system, where students who report crimes get reward points, and the accused ones receive penalty points. Heechan, who is always second in the school for grades because of Daehwi, reports Daehwi with malicious intents. Others students also report each other to get good student records.

Meanwhile, Taeun covers for Eunho saying that she is too stupid to be X's accomplice. Soran tells everyone that this reward-penalty point system started all because of Eunho. When Bitna hears this, she goes to the classroom and tells it to everyone. The students snap at Eunho and tells her to take responsibility for their student records. Daehwi intervenes and tells them to stop since it isn't confirmed that Eunho started it.

The rumors spread to the seniors who are facing college admissions. The seniors come to Eunho and bully her. Three male students threaten to kill her. Then Taeun appears and takes them down. Taeun, who is the school director's son, says, "This school is mine. If you want to report me for school violence, go ahead." The three boys quickly run away.

Later, Taeun finds his broken watch in the classroom and is furious. It is a special watch that holds precious memories. 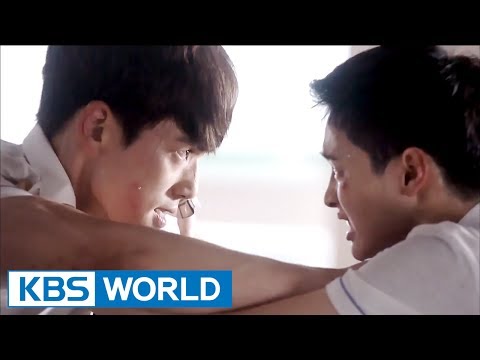