MONSTA X had a successful USA tour & they are headed to Asia, Europe and more! 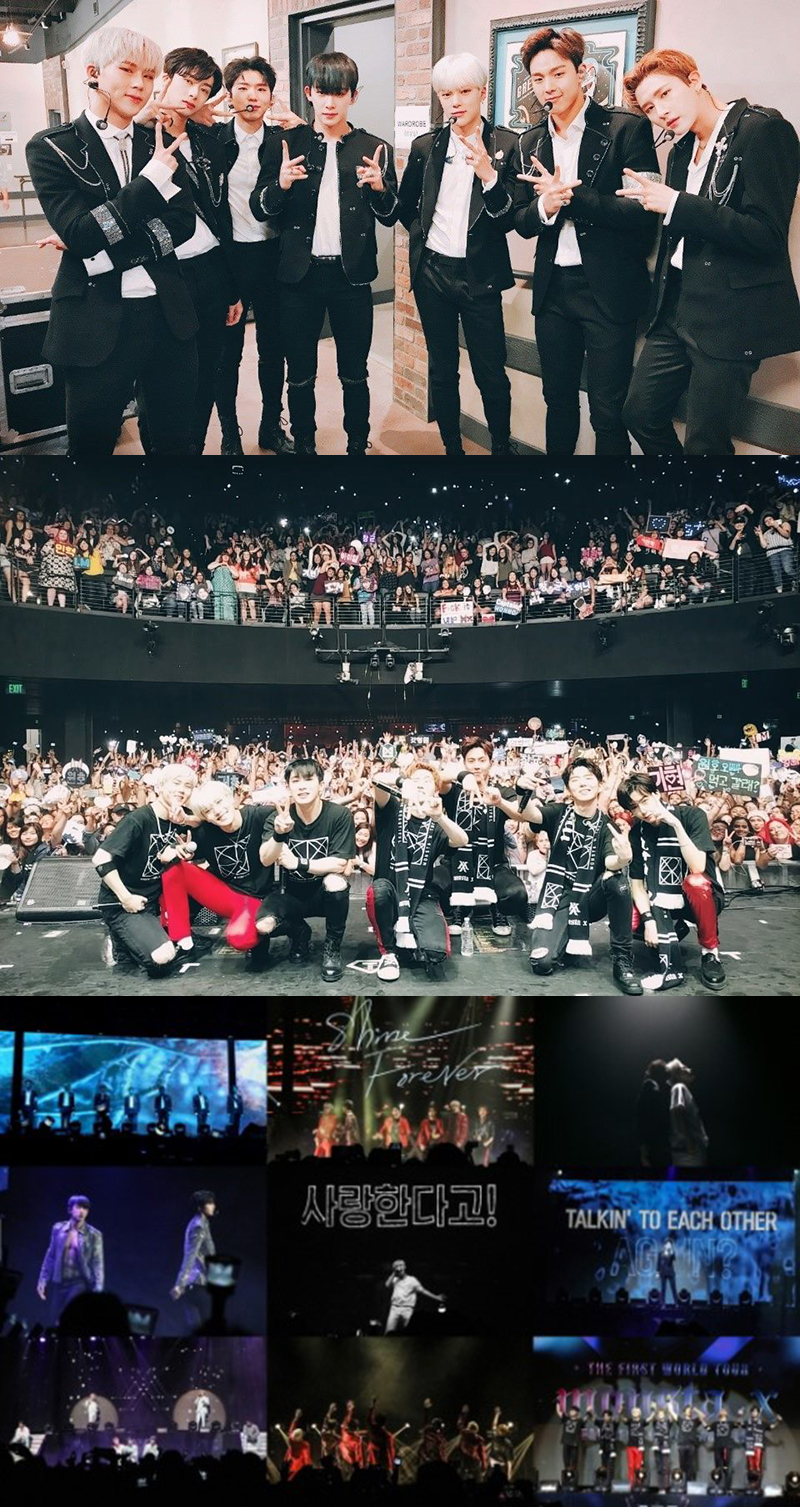 They began the tour on July 12th at Chicago Rosemont Theatre, then New York on the 14th, Atlanta on the 16th, Dallas on the 19th, San Francisco on the 21st, and Los Angeles on 23-24th. Tickets were sold out in major cities! Fans surrounded the concert halls to get a sight of the members from afar.

Especially, in Los Angeles, additional concert on the 24th was organized due to hot response from the fans. MONSTA X performed 23 songs perfectly.

Minhyuk said, "It's like a dream to be on a stage that I always dreamed of before debuting."

Kihyun said, "It was very fun and pleasant to be with the fans who love K-pop and MONSTA X.

Due to health reasons, Hyungwon joined the tour on July 23 for the LA concert. He said, "I'm glad to be able to participate even if it's late. I will do my best throughout the rest of the tour for those of you who've waited for me."