Although they will not be doing promotional activities on television until August, they released the single today as a gift to the fans. 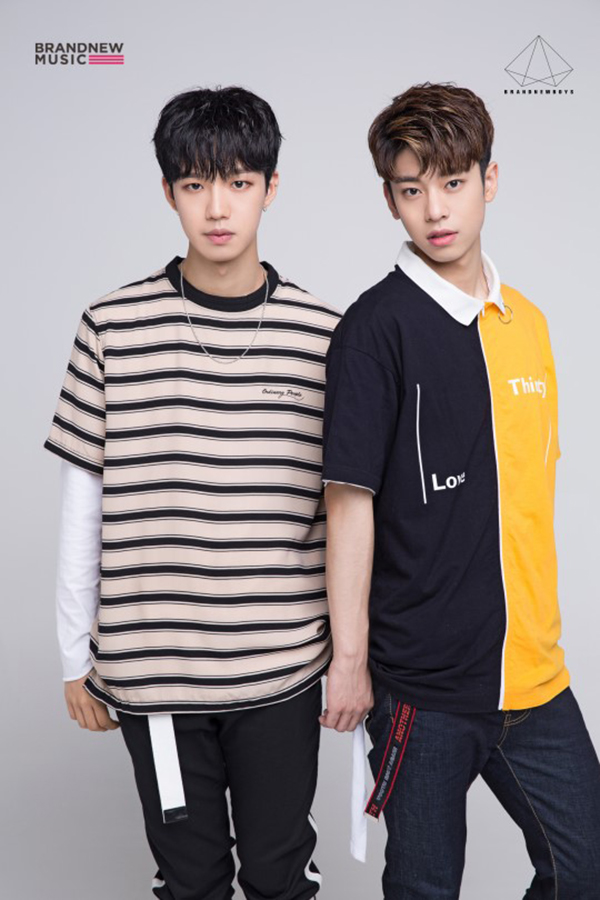 The unit name is MXM (BRANDNEW BOYS), and it stands for both 'MIX & MATCH' and 'MORE X MORE,' meaning that the two members will combine their charms to show the world something new, and that they will continue to grow and improve.

BRANDNEW MUSIC stated, "Youngmin and Donghyun have prepared really hard for this album for the fans who are waiting enthusiastically."

On the track list of their debut single, you can see the names of Lee Daehwi and Park Woojin who trained together with MXM as BRANDNEW BOYS. Lee Daehwi wrote and composed parts of the  track 'Good Day.' You can check out Daehwi's producing skills with this track!

Donghyun wrote and composed 'I Just Do.'

The agency said that these two tracks in their debut single are the songs that the four boys made for end of the month evaluations when they were trainees. Daehwi and Woojin were happy to let MXM use these songs for their debut single.

Although the BRANDNEW BOYS are now walking separate ways as Wanna One and MXM, they still cheer for each other from the bottom of their hearts.

The debut single will be released at 6pm on July 27th (Seoul).