One of the most famous boy groups, BTS(Bangtan Boys), will have their finale stage of ‘WINGS TOUR’ in Seoul late this year. 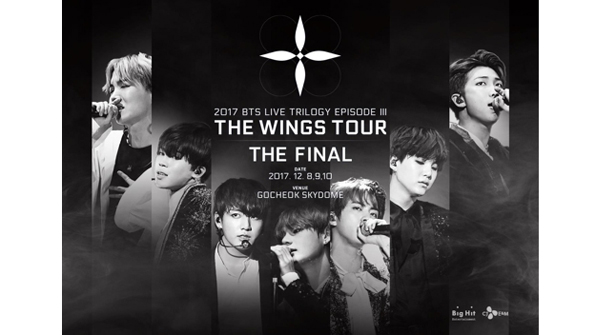 According to BIG HIT Entertainment, BTS is planning to open the three-day concert, ‘2017 BTS LIVE TRILOGY EPISODE III THE WINGS TOUR THE FINAL’ at the Gocheok Sky Dome from December 8th to 10th.

‘WINGS TOUR’ is the third as well as last series of ‘BTS LIVE TRILOGY EPISODE’ which started from 2014. BTS has had about 32 concert at 17 cities from 10 countries including Americas, South-east Asia, Australia, and Japan.

BTS is also preparing for their new album release with their September comeback.

Check out their track if you are AMI!