'Two Days' Watch out for the Goblins with crazy appetite! [Two Days and One Night]

Comedians Moon Seyoon and Yoo Minsang star on the upcoming episode of Two Days & One Night. 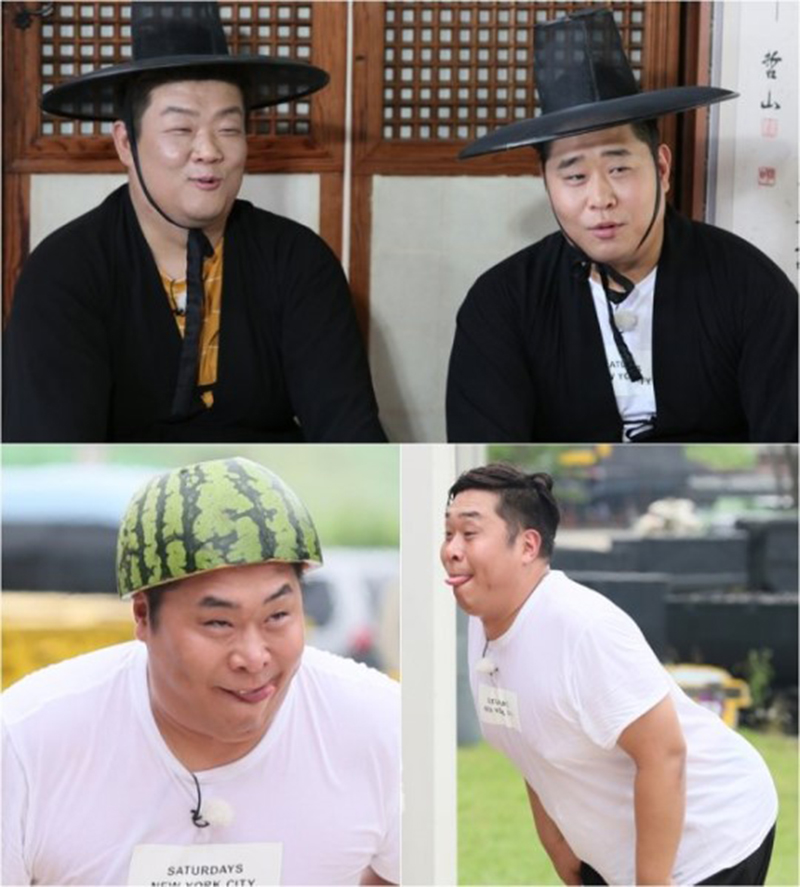 The members will travel to Gyeongsangbuk-do Province for a 'Korean Healthy Table' special. The first episode will be aired this Sunday.

Then two grim reapers appear in front of the members! They are Moon Seyoon and Yoo Minsang, comedians who are famous for Meok-bang, or eating show. They will show an appetite on another level that no one can imitate. They get to eat the healthy dishes whenever the members fail the missions! And it's all-you-can-eat! The members just have to watch them eat.

Kim Junho says, "They're magicians, the food just disappears in a second!"

[Two Days and One Night]