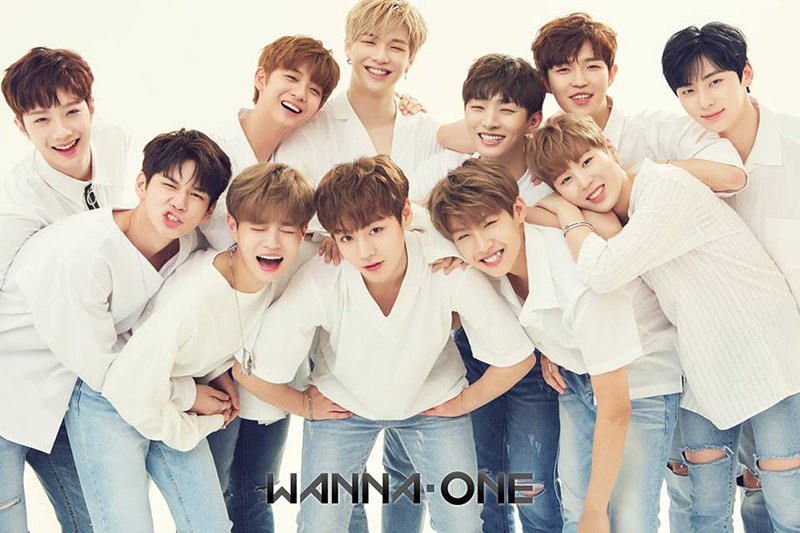 On July 31, the name of Wanna One's debut album as well as its track list was announced on the official SNS of Wanna One. 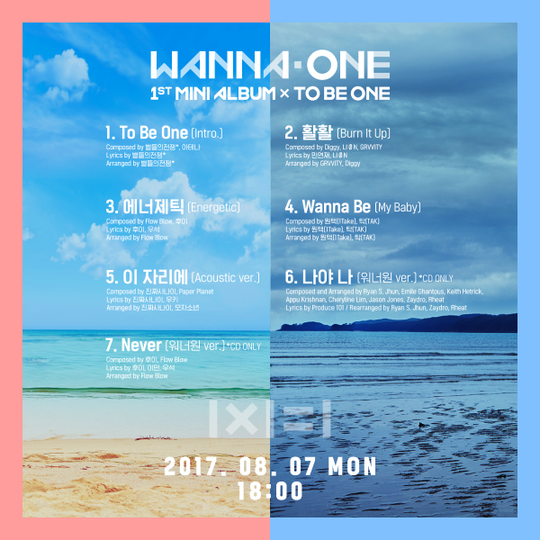 The track list includes a total of 7 tracks including 'Burn It Up' and 'Energetic,' which are already well known to the public through the title track selection event.

The album features four new tracks: the intro 'To Be One,' 'Burn It Up' with an intense sound, 'Energetic' which is a melodic song, and 'Wanna Be (My Baby)' which seems to be a love song for the fans.

In addition, 'Always,' which was sung by 20 members on the final stage of 'Produce 101 S2,' is rearranged and re-recorded as Wanna One version. 'Never' and 'Pick Me' are also re-recorded by Wanna One.

Wanna One will drop its first mini album on August 7 at 6pm(Seoul) and will be holding a large-scale 'premiere show concert' at 8pm on the same day.