BIGBANG's T.O.P is suspended from his military service.

T.O.P will not be able to continue his military service as a conscripted policeman. 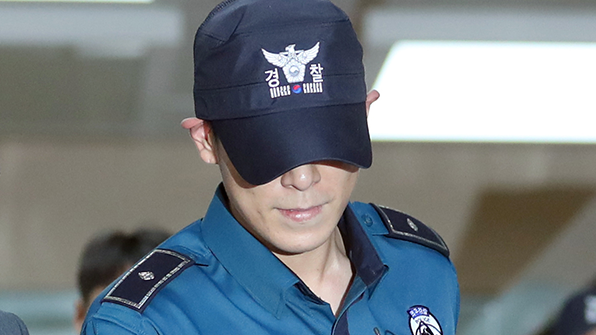 On July 31, the Seoul Metropolitan Police Agency held a committee meeting to determine if T.O.P could continue to serve as a conscripted policeman, and it was decided that he is unfit for the position.

Following this decision, the police will put in a request to the ROK army headquarters to reassign  T.O.P to another post. If this request is accepted, T.O.P will be dismissed from his current position and serve as either a public service worker or a full-time reserve soldier to complete his mandatory military service.

In February, T.O.P. began his service at the Seoul Metropolitan Police Agency. He was charged with smoking marijuana before entering the military. T.O.P was found guilty of smoking marijuana with a trainee on four occasions in October of last year, and he was sentenced to 10 months of in prison with two years of probation in the first trial.