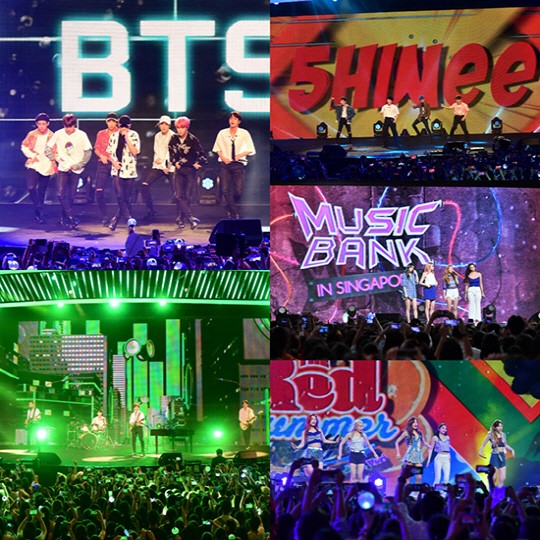 'Music Bank World Tour' began in 2011 and visited 9 countries including Japan and Turkey. The tour came back in 2 years in Singapore. Pre-sale tickets were sold out in just 2 hours, and there were fans who began lining up on the day before.

Not only fans from Singapore came, but there were fans from all over Southeast Asia. A fan from Malaysia came all the way to Singapore to see 'Music Bank'! 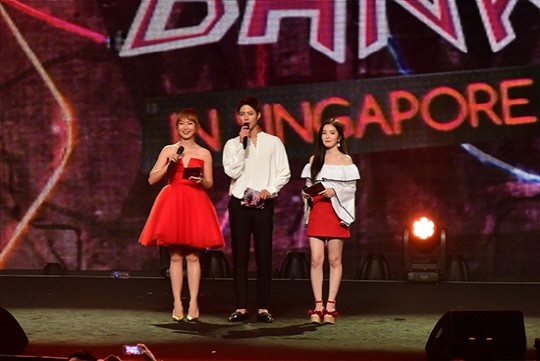 Park Bogum and Irene of Red Velvet appeared as special MCs of the show. KPOP stars like SHINee, BTS and Red Velvet performed on stage.

Rap Monster said, "Speaking another country's language is very difficult. Seeing the audience singing along with us made me realize how popular K-pop is in Singapore."