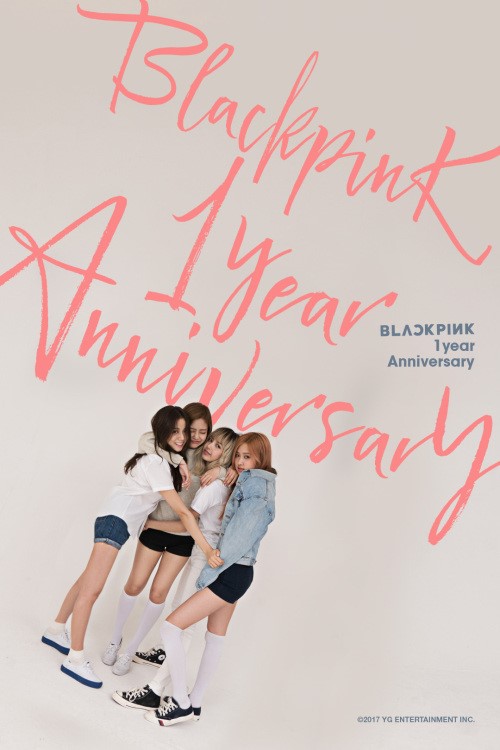 On August 8 of last year, BLACKPINK released their debut songs 'Whistle' and 'BOOMBAYAH' and became a hit. They set an unprecedented record as a new girl group, marking a successful beginning of their career. Since then, 'Playing with Fire,' 'STAY,' and 'As If It's Your Last' all became mega hit songs.

Celebrating their 1 year anniversary, BLACKPINK's Jisoo, Jennie, Rose and Lisa said, "The fans were always in the background of the amazing achievements since our debut. We think all of it could be accomplished thanks to their attention and support."

They also said, "We are deeply moved by the fans every day. We want to return the love with better performances. It's only been a year now, but we want to be together [with the fans] for 10 years, 20 years. We will make our fan club 'BLINK' proud."