Jessica, "I didn't give up because of my sister, Krystal."

Jessica confesses how much she loves her little sister Krystal, and how she feels about leaving Girls' Generation. 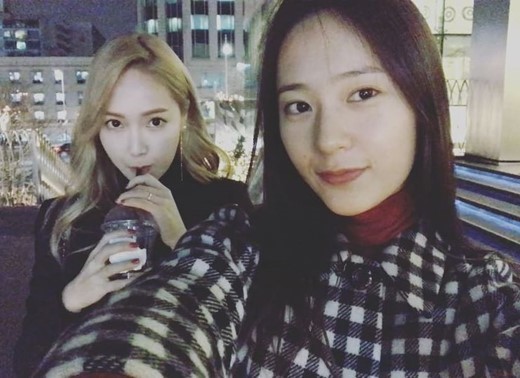 Jessica released her 10th debut anniversary album 'My Decade' on August 9, and she revealed her honest thoughts during an interview.

When asked if there was a moment when she wanted to give up in the last 10 years, Jessica said laughing, "I'm not much of a give-up type." She continued, "My sister is also my junior. If I gave up, Soojung (Krystal) would give up soon after me. I didn't want to give up, but even if I wanted to, I couldn't have done it because she would do the same." Jessica said that she needs to be a "strong sister" because she is an example to Krystal.

Even though they're very close, Jessica confessed that they sometimes fight over food and clothes.

Jessica also mentioned Girls' Generation during the interview. She said, "Girls' Generation is precious to me, as I grew up with it. It was a beautiful time that I can't forget since we went through a lot together. There were hard times and good times."