EXO continues their parade of number 1. 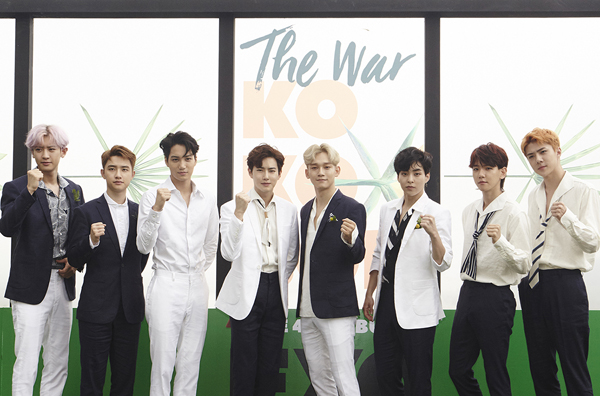 Their general 4th album ‘THE WAR’ took the No.1 ranking among United World Chart which is operated by a worldwide record sale accumulation site, ‘Media Traffic’. Also, it took the No.1 in various global music charts such as Billboard world album chart, iTunes album chart of 42 regions , Apple music album chart of 18 regions, and Korean music chart of xiami music. They even made a clean sweep of the trophies in most domestic music programs with their title song ‘Ko Ko Bap’.

What would be EXO's next surprise?