BIGBANG to have Japan tour for 5th consecutive year, this time without T.O.P.

BIGBANG is the first foreign artist to hold a dome tour in Japan for 5 years in a row. 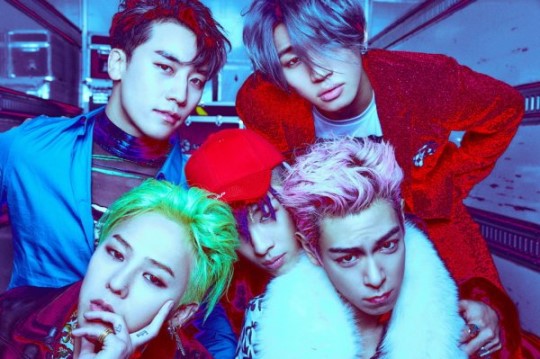 On August 8, YG Entertainment announced that BIGBANG will hold a total of 13 dome concerts in Japan, starting from Fukuoka Yafuoku Dome, Osaka Kyocera Dome, Nagoya Dome, Tokyo Dome, etc. in November. They will meet around 646,000 fans in Japan.

BIGBANG's first dome tour was in 2013 at Kyocera dome, and up to their most recent tour in 2016, they drew a total of 3.55 million fans with the dome tours. The upcoming tour will set a new record as the first foreign artist to have dome tour for 5 consecutive years.

On this tour, member T.O.P., who has been charged of smoking marijuana during his conscripted policeman service, will not be participating.

Prior to the dome tour, Daesung and G-Dragon will have a solo tour in Japan.

Daesung will begin his hall tour on August 11, and he will be having 39 concerts in 18 cities. G-Dragon who is currently on a world tour will have 5 concerts in Yafuoku Dome, Kyocera Dome, and Tokyo Dome.