On August 22, Sunmi held a showcase for her solo single album 'Gashina.' 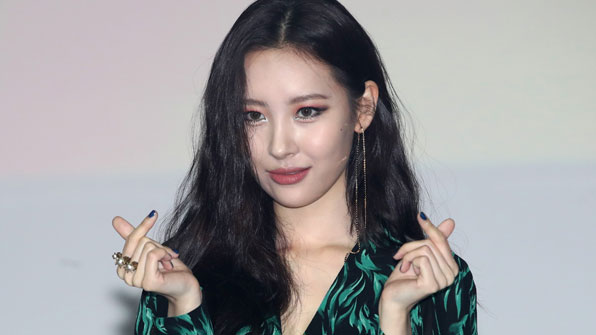 Sunmi said, "To be honest, I'm nervous because it's been three years since my last solo promotions."

Sunmi is the first runner among the Wonder Girls members to come back after their disbandment. Sunmi said, "The members contacted me to wish me good luck. They saw the teaser and told me that it's so pretty and wished me the best." Sunmi also showed the choreography and music to Sohee, former member of Wonder Girls, and Sohee told her that it was awesome. Sunmi said smiling, "Sohee is objective, she usually doesn't say a lot of compliments."

Sunmi also contacted Park Jinyoung (JYP), her former producer. According to Sunmi, he asked her, "When are you coming back? How is your album going?" He also invited her to appear on his talk show 'Park Jinyoung's Party People.' Sunmi said, "I felt grateful to him for supporting me even though I've left his company."