He warned the netizens not to spread false rumors. 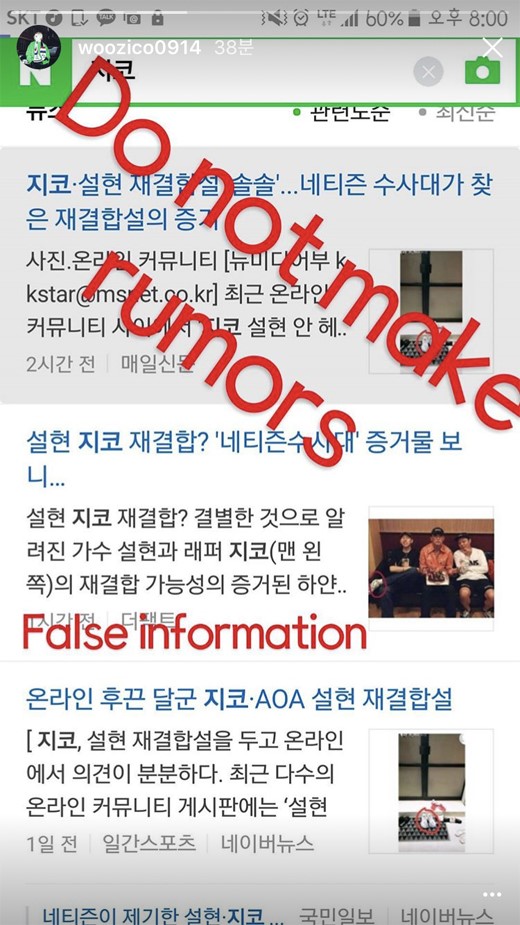 On August 22, Zico uploaded a screenshot of the news headlines concerning his reunion with Seolhyun and emphasized, "Do not make rumors" and "False information."

Recently on the Internet, it was speculated that the two have reunited based on the picture of running shoes that Seolhyun posted on her SNS. Some said the running shoes belonged to Zico and this led to the rumor of their reunion. Zico directly denied these rumors. 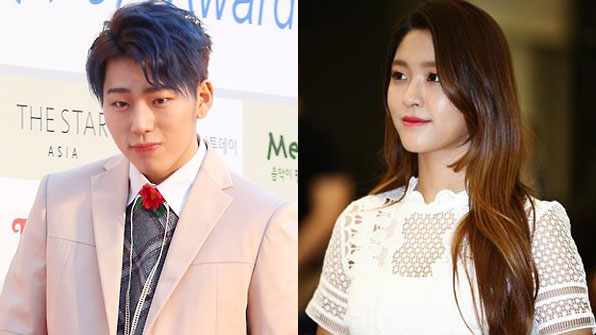 Zico and Seolhyun started dating in March of last year and broke up after 6 months.