'School' Taeun confessed to Eunho, but she turned him down. [School 2017]

Eunho coldly says to Taeun, "Don't show up in front of me again."

When Eunho gets a confession from another boy, Taeun wickedly says, "I believe I asked you out before that dude." Embarrassed, Eunho runs away.

When they talk about their dreams, Eunho advises him to do something that "makes his heart beat." Taeun tells her, "I told you, it makes my heart beat when I see you. Does that mean you're my dream?" Eunho gives him a present telling him not to forget his dream. Taeun says to himself, "She makes me crazy" and falls even deeper for her.

However, Eunho's family has financial difficulties, and Eunho is forced to quit her art academy and give up on her dream. Since she doesn't want to tell the truth, she tells Taeun that her computer broke down, so she can't draw anymore. Taeun gives a laptop to Eunho as a gift, telling her to keep drawing. But this hurts Eunho's pridee. Eunho says, "Why is everything so easy for you? I don't need your sympathy now. Dont't show up in front of me again."

Will Taeun be able to gain Eunho's heart back? Stay tuned for tonight's episode for their romance! 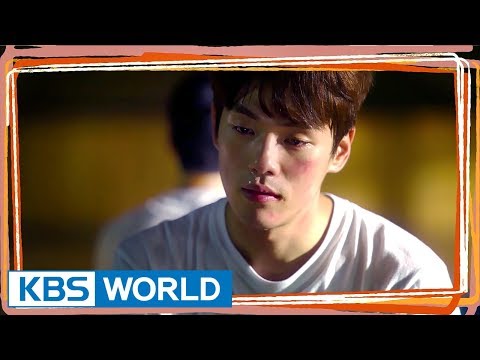