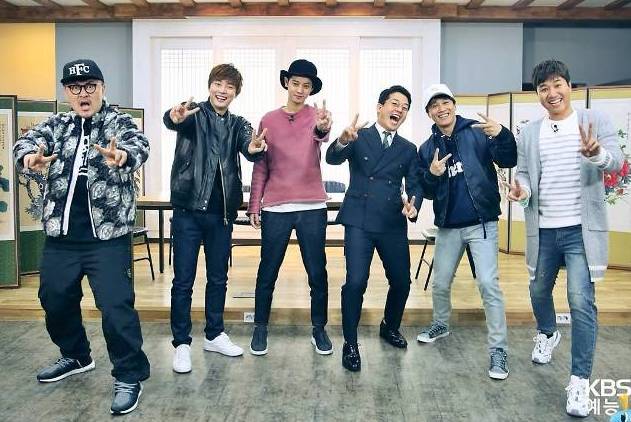 2 Days & 1 Night (1박 2일) is one of the programs that I watch regularly since I’ve discovered Korean variety shows. I like TV shows that involve travelling but not the typical ones. If a TV travel show has some of these attributes such as a good sense of humor, approaching the local people and discovering places that common tourists rarely visit or even don’t know about them, is certainly worth to watch it. Since season one to season three, I’ve laughed out loud, felt moved, excited, delighted, surprised and also emerged a sentiment of empathy for them.

A list was needed to talk about the things that I’ve learnt thanks to this KBS program. Maybe there are more than 10 but I´ve chosen the most meaningful ones for me.

I hope this show that has been on air since 2007 continues to bringing to the viewers more laughs, beautiful sceneries and different aspects of the Korean culture for many more years.

1. You want to know how fish sauce tastes like

Some of the games of chances in 2 Days & 1 Night implicate drinking kkanari (Sand lance) as a popular penalty. Although you do know that fish sauce isn’t pleasant to drink as a beverage, you still feel curious about how it tastes and even thinking about pranking someone with it.

That takes me to the next lesson “Don’t ever mistake kkanari as coffee.” You wouldn’t forget the salty and strong smell. Even though I wouldn’t recommend to drink fish sauce as soda, for the sake of your stomach for sure, this works well as seasoning if you combine it with others ingredients as seen in many Asian recipes, creating tastier dishes. 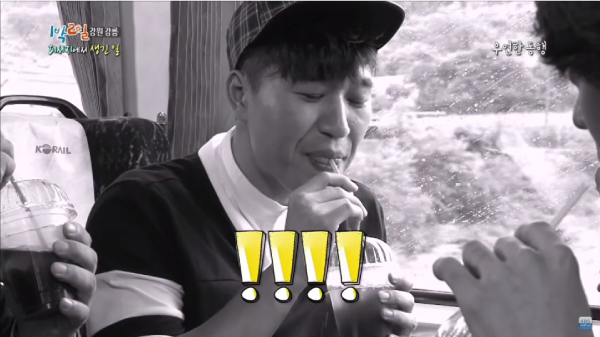 2. Stunning and diverse landscapes that are worth to witness in South Korea

Canola fields in Jeju do Island 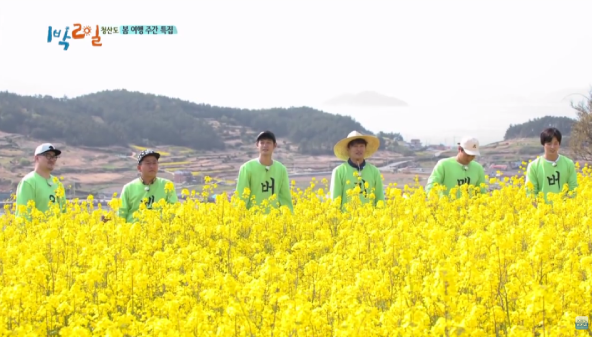 After watching this show I realized the diversity of breathtaking landscapes that Korea has to offer. The lands and sceneries of rural areas have some special magic here—even more when Canola flowers come out in spring like in Jeju Island. Korean cities are embellished while cherry blossoms, forsythias, azaleas, magnolias are in full bloom. Autumn season in Nami Island—walking through maple, metasequoia, ginkgo lanes—releases your stress. You would also find very well-conserved historical buildings that tell stories just by looking at them, variety of islands with charming small villages, mountainous and coastal places that shine brightly in summer, and still there is more to be discovered. 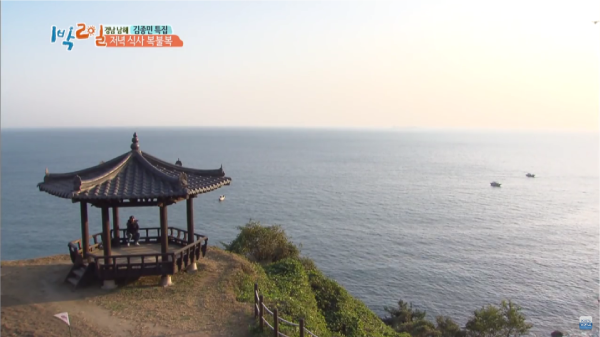 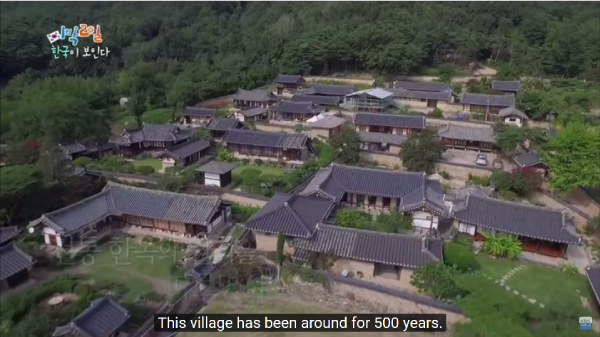 3. Spending time with elders is a valuable thing to do 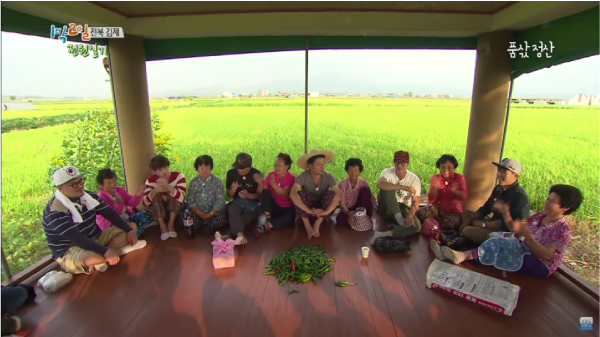 These episodes reflect how respectful Korean culture is to elders. They have to spend time with grandmothers and grandfathers that are living in the countryside, helping them with farm labors, fixing houses' problems or just listening to their stories. Watching how caring and lovable grandmothers are, treating them as their grandsons, just fills your heart. Every situation can lead into a hilarious moment as elders are genuinely charismatic and easygoing persons. Every time they should part their ways is an emotional and hard moment as they became closer in few days. Some of them live alone far from their family because their kids grew up and got married and left the town. Visiting them and sharing good times together create unique memories to treasure forever. 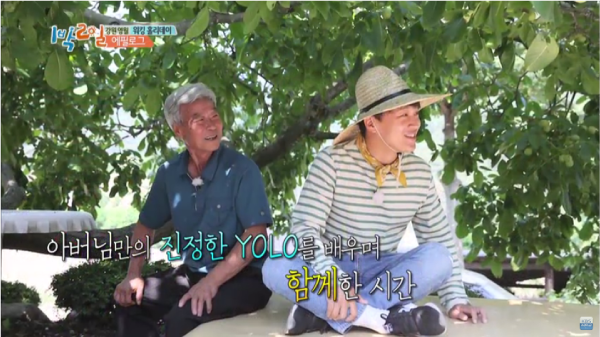 Whether the staff offers the food or eating in secret, it means that you will have to suffer later. Sometimes being sly and hiding some food could save you. The consequences will be high, but at least your stomach will be full. Sleeping outdoor is not as bad as being hungry. Food can separate them, unite them, make them fight, feel anger or joy. "A full stomach makes for a happy heart" 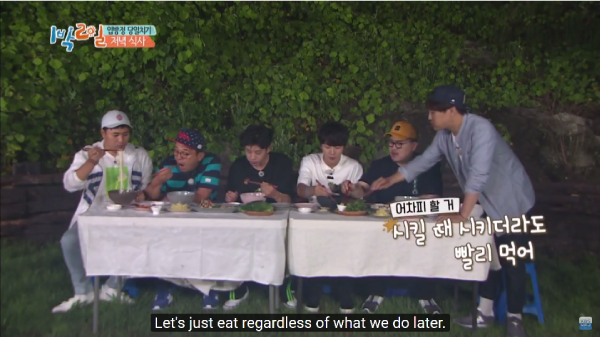 In Bok Bul Bok games (복불복) translated as Luck or No Luck, take place at the most exciting and funny moments of the show; how lucky you are in games will decide if you eat, where you'll sleep (indoor, outdoor and "out-outdoor") or sometimes if you will be left behind, who will be going in the water, going fishing and others type of penalties. The most popular games are “Rock, papers and scissors” and its variations, the sense game (Nunchi game), Human Zero Game (In-gan je-ro), Elephant spins, Di-Bi-Di-Bi-Dip/Cham Cham Cham, Jegichagi and playing charades, that I think never fail to make you laugh. 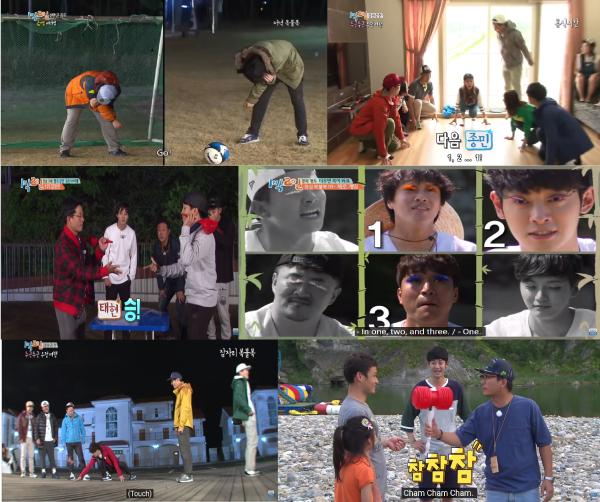 6. Don’t watch this show if you are hungry 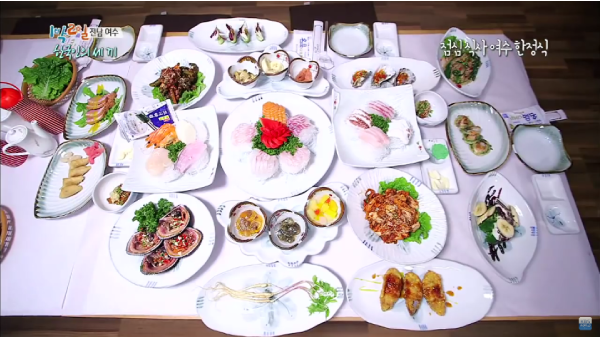 7. Waking up early pays off 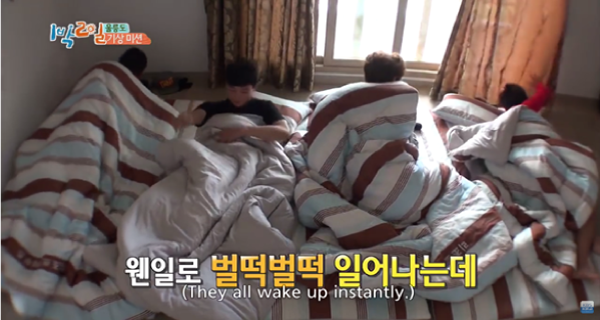 We have a saying in Spanish: “Al que madruga Dios lo ayuda” translated as “God helps the one who gets up early” that means waking up early is worth it and you will be rewarded, in 2 Days & 1 Night waking and getting up the fastest while the wake up song is playing could lead to winning the morning mission, avoiding punishments and being one of the lucky ones to have breakfast, but if you are a sleepyhead like Kim Junho, say goodbye to all that. 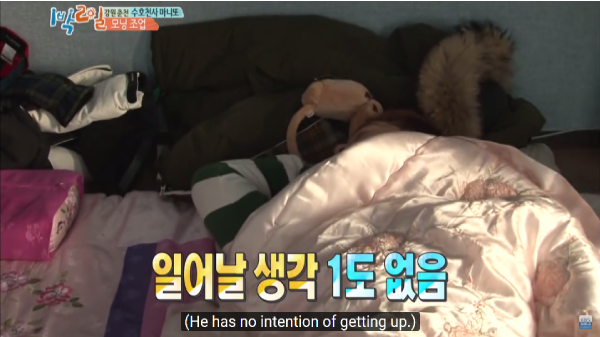 8. Will cool you off in summer and warm you up in winter 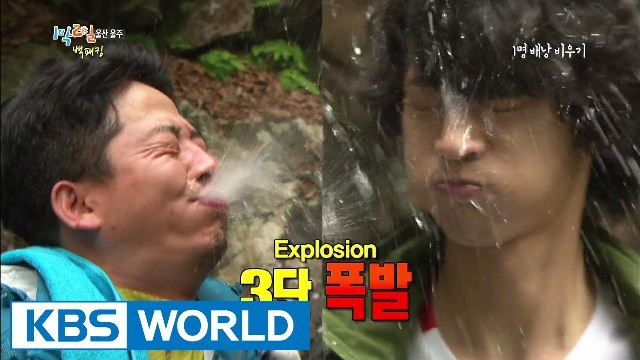 Definitely extreme weather conditions are annoying but the program knows well how to get the best of it. In severe summer and winter camp training special episodes, the members must win to avoid harsh penalties like driving a car without air conditioning in summer or suffering driving in an open-top convertible car in winter. Penalties sometimes get tougher like having to take their clothes off every time they lose, going into cold or even iced water, sleeping inside a cardboard box and having to make their own tent. Eating watermelon, water games, the horror specials are moments that I always wait for in summer episodes. 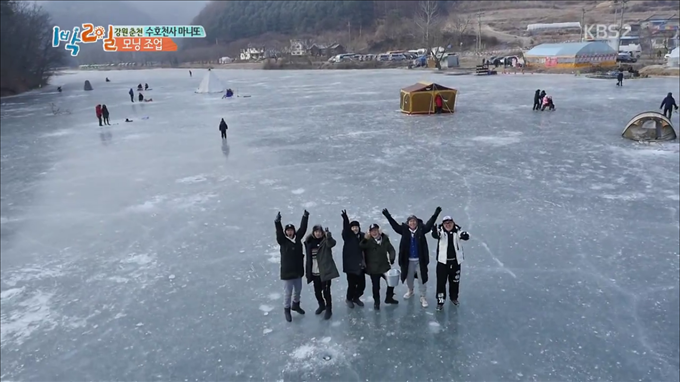 9. No matter how much you will suffer, be flustered, hungry, sleepy, tired: You want to be there 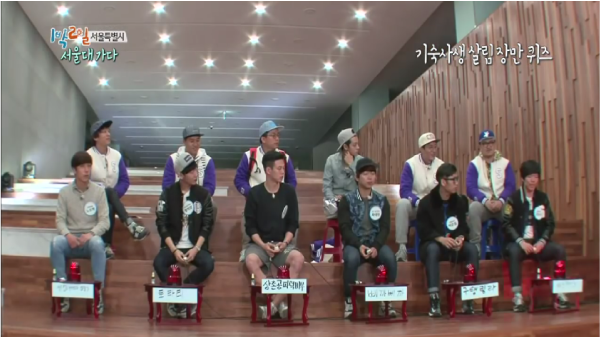 Who wouldn’t want to have that experience? Even if that implicates suffering, it is a very small price to pay. You could win or lose in the games, but there won’t be boring or meaningless moments either way. The program had some specials trips where different people were invited to take part in the show. Some of my favorites were travelling with viewers, and foreigner's Special in season 1, “We Are Koreans” (Each cast member was paired with a Korean who lives abroad) in Season 2, “Teacher All Star”, Game of Chance Field Trip (They selected students among their high school juniors), Seoul and Ewha Universities episodes and lastly “Win popularity vote” where they were reunited with their old fans in Season 3. The more people the more fun; I think that saying is accurate. 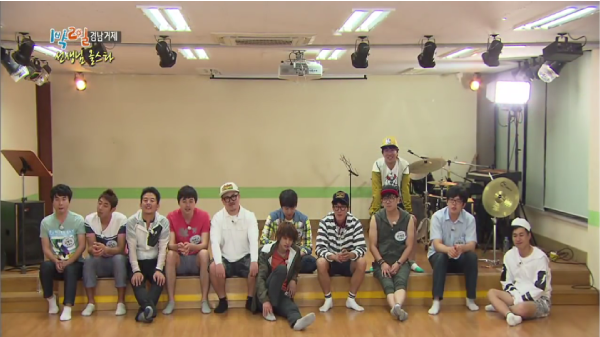 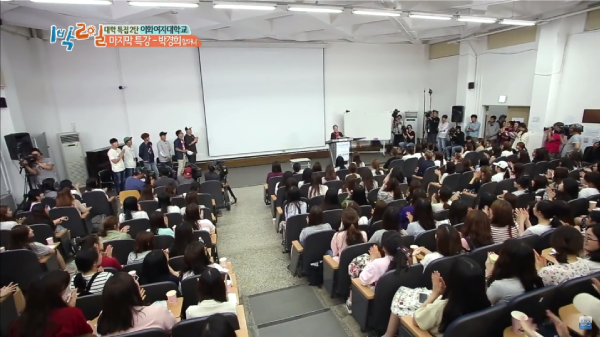 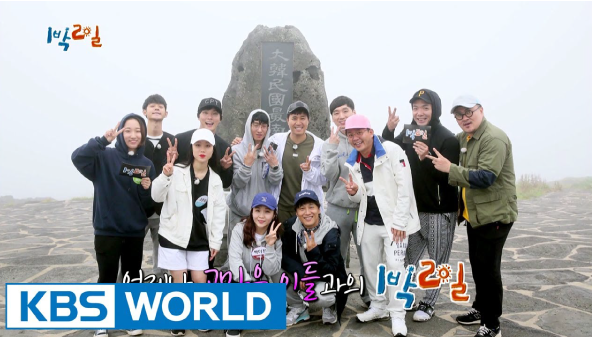 “All for one and one for all,” like the famous quote of The Three Musketeers. The unexpected and best moments take place when they are in synchrony and united travelling as a group of old school friends. There's nothing better than making a trip and spending time with people you could consider a friend forever. 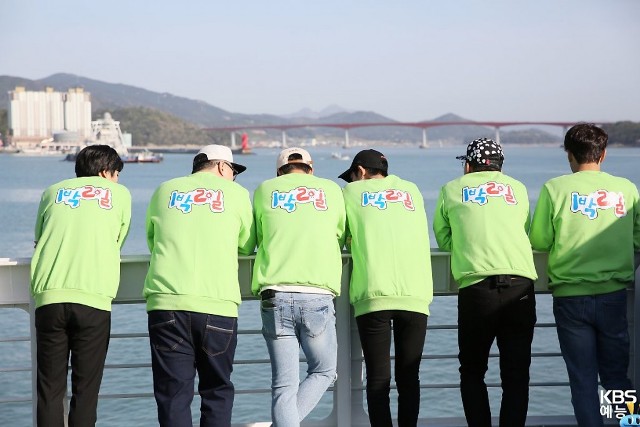