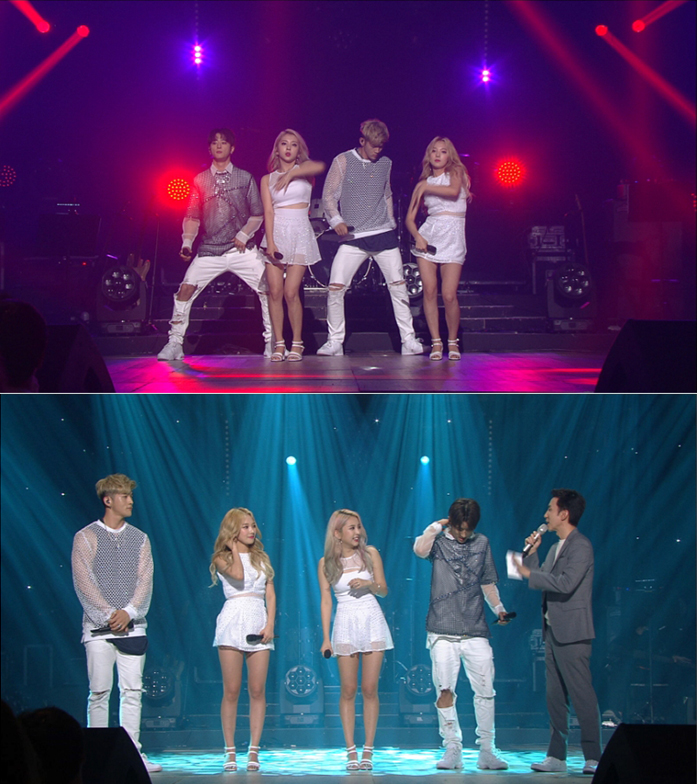 K.A.R.D boasts amazing records such as topping the K-POP music charts in 13 countries and selling out tickets to their Brazil concert in just two minutes.

K.A.R.D is made up of members from various backgrounds including a former girl group member and participant of an audition program. They have prepared a special relay dance stage to show off each member's unique charms.

'Sketchbook' is going to be their last stage of their debut promotions. K.A.R.D reveals that their short-term goal is receiving the new star award and their long-term gold is becoming a world star.