Choi Taejoon is stepping down from his MC position in 'Hello, Counselor.' 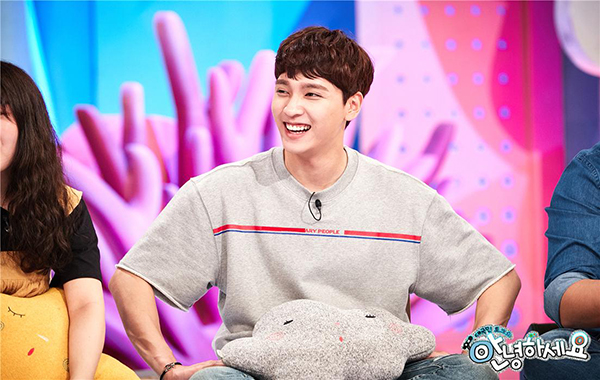 On August 29, Choi Taejoon appeared on the radio show of Jung Chan Woo. Chan Woo said on the radio, "Taejoon has to leave 'Hello, Counselor' due to busy schedule." He added, "Taejoon dozed off a lot during the recording, so I would hit him to wake him up. Whenever we fell asleep, we hit and pinched each other."